Iran elections: Hardliners win every seat in Tehran as they sweep to crushing victory

Hardliners have won a crushing victory in Iran’s parliamentary elections, taking every single seat in the political powerbase of Tehran and leading in regions across the country.

One unofficial tally forecasts that the nationalists and religious conservatives have won 178 of the 290 seats in the chamber with the liberals’ share falling to just 17 and another 43 going to independents.

The triumph of the hardliners, many of whose candidates are affiliated to the Iranian Revolutionary Guards Corps (IRGC), has been mirrored by the collapse of support for the reformists in both urban and rural areas.

The turnout in the capital was just over 25 per cent, and 42.5 per cent for the rest of the country. Those figures, if confirmed, would be the lowest for any election since the Islamic revolution which overthrew the Shah in 1979.

Mohammad Bagher Qalibaf, a former mayor of Tehran and leading conservative who came top in the capital with more than 1.2 million votes, is expected to be appointed speaker.

It remains to be seen how the hardliners are going to use their new found power. Several of their leaders have talked about bringing impeachment proceedings against ministers and even the country’s president Hassan Rouhani.

A previous attempt to initiate impeachment proceedings against Mr Rouhani failed to get off the ground in the reformist dominated parliament, but the numbers have now changed drastically.

At the very least there are likely to be attempts to curb the power of the president and his foreign minister Mohammad Javad Zarif, two key figures instrumental in driving through an agreement with international powers on the country’s nuclear programme.

The hardliners had vehemently opposed that deal, holding that it compromised the state’s security and insisting the west would renege on it sooner or later. They have also accused the president and senior ministers of turning a blind eye to corruption.

The outcome of any impeachment move would ultimately depend on the supreme leader, Ayatollah Ali Khamenei, and the Guardian Council, the powerful election supervisory body.

But the weakness of the reformists can be seen in the huge contrast between the polls on Friday and the last parliamentary and presidential elections, when the moderates swept to power with a mandate to carry out sweeping reforms. The turnout was more than 62 per cent each time.

People had then flocked to vote in a wave of optimism after the nuclear deal with the anticipation of political and social changes, the economy transforming and excitement at Iran reopening to the outside world.

But Donald Trump’s drive to dismantle the agreement, pulling the US out of it and then imposing punitive sanctions, has left the economy struggling. There has also been mounting anger at political corruption, inefficiency and the failure to deliver on many of the promises made by the government.

Ayatollah Khamenei and Mr Rouhani had repeatedly exhorted the electorate to vote, declaring that a failure to do so would be used by the US and its allies as a sign of popular discontent against the state.

The supreme leader claimed that “enemy propaganda” in the form of publicising the spread of coronavirus in the country has been used to dissuade people from voting.

But interior minister Abdolreza Rahmani Fazli pointed to the rising toll from the virus, with six dead so far, as one of the main factors in people staying away from the polling stations. He also maintained “we believe that the number of votes and the turnout is absolutely acceptable”.

There were signs of regret among some of those who had opted not to vote. Farah Mazandaranihad voted for reformists in the previous parliamentary election and for Mr Rouhani for president.

The 23-year-old student had abstained from voting this time out of dismay at the government’s performance and also in protest at the decision by the Guardian Council to reject a total of 6,850 candidates out of 14,000.

“A lot of my friends and I decided not to vote, this was not ignoring politics but taking our own form of political action”, she wanted to explain. “We are now worried that they may use it to try control things like women’s rights even more. Perhaps we will think again at the presidential election”. 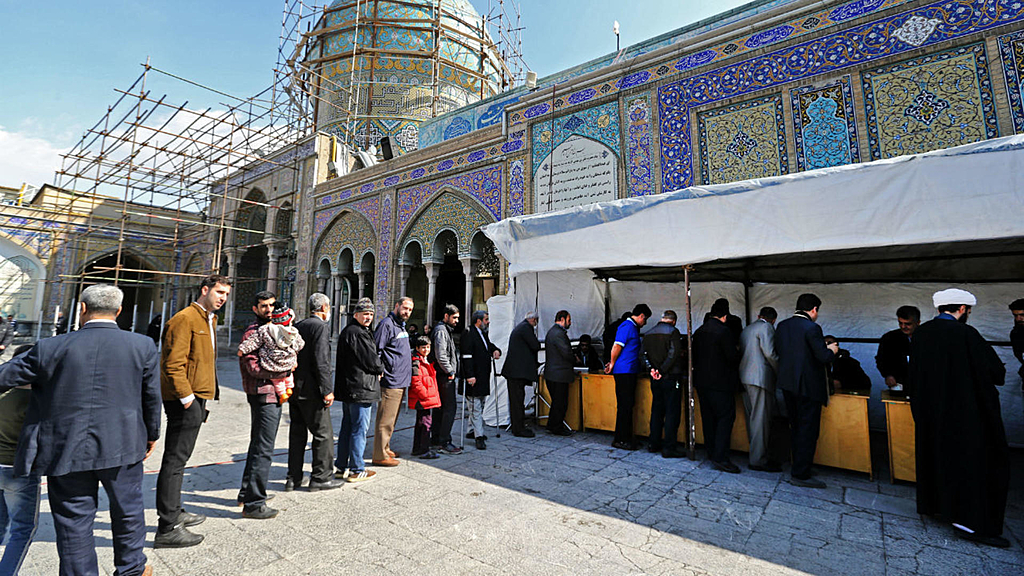