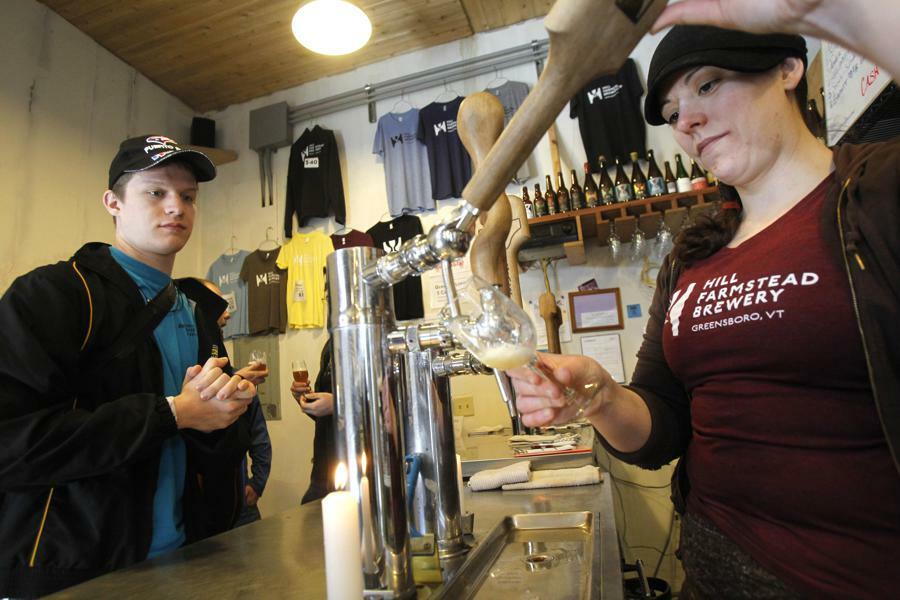 IPAs and lagers are everywhere, dominating liquor store shelves and restaurant and barroom taps. There also seems to be a growing avalanche of sour beers and beers with fruits, coffee and other flavor-enhancing, non-traditional ingredients. But I have a hard time finding my favorite beer style — saison — on draft or in cans.

“It is not a style that many consumers are familiar with or know much about,” says Veronica Vega, the director of product development at Deschutes Brewery in Bend, Oregon. “It is fun for brewers to brew saisons, but, unless you’re a Belgian-style brewery or known for Belgian-style beers, it’s hard to ask for that shelf space in the market.”

A saison, according to hopculture.com, is “a traditional, pastoral ale that originated in the farmhouses of Wallonia, the French-speaking region of Belgium.” The style is “characterized by low alcohol, a light body and high carbonation,” and saison drinkers can “expect an ester spice taste and supreme dryness,” the website says.

Like so many beer styles, though, one brewery’s saison can taste completely different than another brewery’s version.

“What’s made saisons so interesting has also hampered their mass appeal,” says Matt Levy, the head brewer at Threes Brewing in Brooklyn, New York. “There’s an experimental nature to the American saison. Some are hoppy, some are high alcohol, some have spices and herbs, some have fruit, some are sour and some are dry and simple tasting. The wide spectrum of these beers is fun but confusing as hell to buy.”

The saison style “offers quite a bit of room for interpretation,” says Jason Perkins, the brewmaster at Allagash Brewing Company in Portland, Maine. “Our general rules for saisons are light in color, dry from very low residual sugar, a strong ester profile in the aroma and a refreshing and balanced taste.”

The definition of a saison “is one of the more controversial beer nerd topics,” Levy says. “Generally, saisons are beers fermented with saison yeast. As with most styles, there are the traditional examples and the Americanized examples. At Threes Brewing, we lean toward the traditional.”

The saisons at Threes, which has made about 50 different saisons since it started brewing in 2014, are lower alcohol and very dry.

“They are fermented with our house saison culture,” Levy says. “This culture is essential. You can’t make a saison with lager yeast. What you can do, though, is add the wild yeast strain brettanomyces and still call it a saison. If brett is in the fermentation, the beer will likely be funkier, a touch drier and more complex and unique.”

Deschutes has brewed about five saisons during the past several years with names like Zarabanda and Cultivateur. The brewery’s most recent saison, Blue Butterfly, has won awards in beer competitions in Oregon and Europe.

“We have brewed saisons over the years,” Vega says, “but, because Deschutes is known for IPAs, English-style ales and dark beer, people don’t really think of us when they think of saisons.”

Does the public need more education about this beer style?

“It is sort of like talking about hops in IPAs,” Vega says. “It can seem too technical to some. Because saisons have a yeast-driven flavor profile, talking about yeast can sound very technical. If the beers were described using flavor cues like bubble gummy and gum drop, then it’s more of a flavor-driven conversation that may invite more people into the conversation.”

Perkins estimates that Allagash has brewed more than 30 saisons and says more public education about the beer style would be helpful.

“For the last eight years, Allagash has hosted Saison Day to bring together brewers from around the country to celebrate the historic saison,” he says. “Through in-person events at partner breweries around the country and virtual celebrations, Saison Day has been a great way to educate consumers.”

Another way to get people more interested in saisons is pointing out how well they work with meals.

“Saisons pair amazingly with food,” Vega says. “In my opinion, they pair better with most foods than other beer styles, especially with food like sushi or spicy Thai dishes, foods that can be tough to pair with an IPA or another style.”

Saisons don’t cost more to brew, she says, but they can present a challenge for a brewer.

“It can be challenging to really get the desired dryness and crispness that you want,” Vega says, “especially if you’re not working with the yeast on a regular basis.”

A traditional saison is not expensive to brew, Levy agrees.

“It’s a lower ABV (alcohol by volume) beer brewed with saison yeast and some traditional hops,” he says. “The lower the ABV, the less grain needed in the recipe.”

But long-aged saisons “are a different story entirely,” Levy says. “They take up valuable real estate for months to years and a lot of attention along the way.”