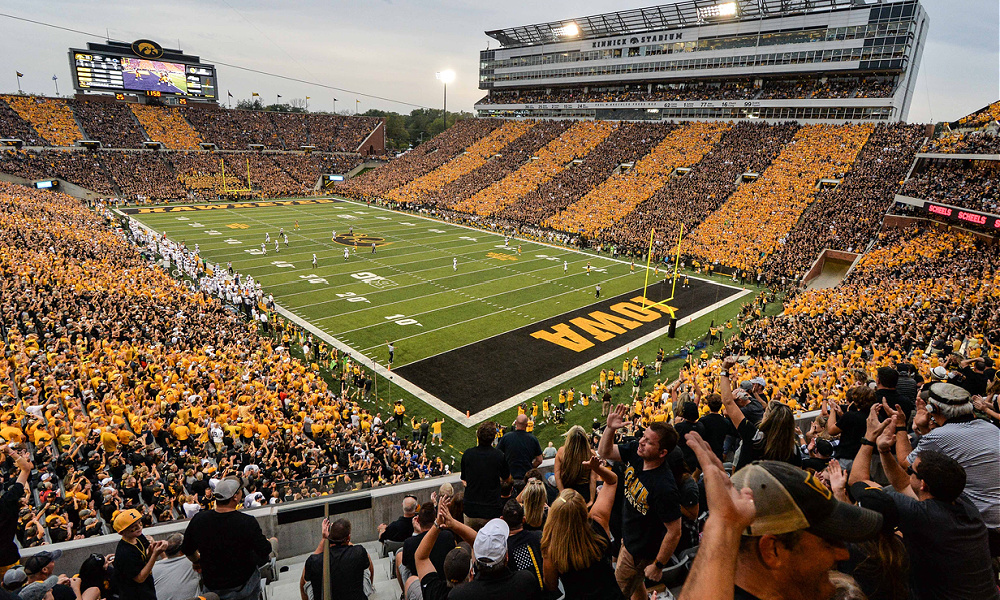 Iowa vs Purdue How To Watch

Why Purdue Will Win

Of course, there’s always pressure on a team coming off a dull home loss to team like Minnesota, but this is one of those turn-it-loose games against an Iowa team that now has the No. 2 ranking spotlight shining very, very bright.

Is Iowa really the second-best team in college football?

It beat a mediocre Indiana, the O didn’t do much of anything in the win over Iowa State, beating Maryland now doesn’t seem like any big deal, and Penn State lost its starting quarterback to an undisclosed injury and couldn’t stall long enough to hang on.

Purdue has the passing game. No matter who’s under center, the yards are there, the team doesn’t get flagged enough to matter, and the defense has been shockingly amazing so far.

The Iowa offense is … fine. Actually, it’s not – we’re all just being nice here. It’s 119th in the nation and dead last in the Big Ten in total yards.

Don’t be shocked if Purdue turns out to be every bit as nasty to score on as Penn State was, however, there’s one very, very, very big problem …

Why Iowa Will Win

This Iowa defense is absolutely ridiculous when it comes to taking the ball away.

The running game is a bag of meh considering how good RB Tyler Goodson is. Give all credit to Spencer Petras for coming up with that throw to finally get over the Penn State hump, but … meh.

Who needs an offense when your defense forces a bazillion turnovers a game?

The Hawkeyes came up with four against Penn State, seven against Maryland, four against Iowa State, and three against Indiana. That’s it. That’s part of the No. 2-ranked baked cake. That’s what this team does.

Iowa has 20 takeaways on the year. Middle Tennessee is second with 17, three teams have 16, Cincinnati has 15, and the rest of America has 14 or fewer.

To put this into perspective, Georgia Southern led the nation last season with 26 – and it played 13 games.

Oh, by the way, Purdue is dead last in the nation in takeaways with just two. There’s no prayer of beating Iowa without winning the turnover margin, but …

Purdue is going to make this a far bigger fight than you might think.

The defense really is just that good – DE George Karlaftis will be the best player on the field – but the offense will turn it over twice, and that will be more than enough.

The Hawkeyes will take advantage of the mistakes to overcome an offense that will get one big run, but that’s about it. With this defense, the Iowa O won’t need to take any chances.

5: Caramel apple anything
1: Pumpkin spice anything