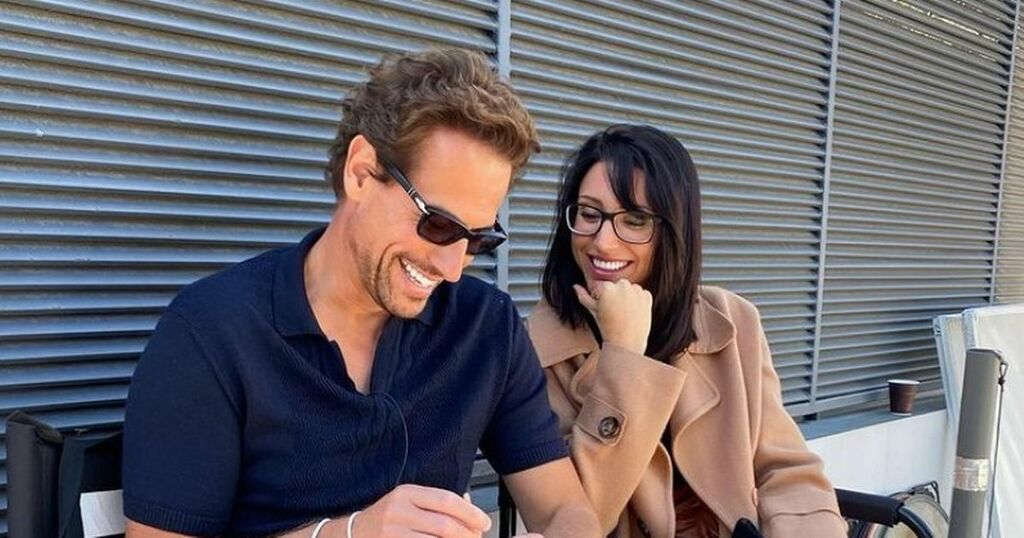 The Australian actress hit the headlines last year after both she and Ioan posted a photograph of themselves together on Instagram revealing they were a couple just months after his split from wife Alice Evans.

Now the Welsh star has reposted his girlfriend's video in his own Instagram stories with the caption: "So proud of you" and a bumblebee emoji.

Bianca, 29, explained the life changing discovery in 2018 forced her to change her life, give up her job in accounting and "follow her heart."

In the nine-minute video she says: "I haven't always had the same outlook on life. I haven't always been about following your heart and living your life to the best of your ability. That's actually come with a diagnosis of aggressive multiple sclerosis.

"There was an initial shock, I can't really describe how I felt, I've never been able to put it into words, this is why I haven't spoken about it in the last three years as I don't quite know what to say.'

"It has been the most confronting this to be dealt in life. It's not something a 25 year old would have ever expected. I then put the pen in my other hand to try to write and I just couldn't.

"I was sent to the emergency room and from there everything changed. Within the next few weeks I couldn't walk anymore, the entire right side of my body was completed whacked out. I had to start a journey I wasn't ready for. You're never ready for a diagnosis like this.

"I've always been a bubbly positive person but when you are faced with aggressive MS something changes. It put a question mark over my head but now I think it's the luckiest thing that could have happened to me as I was able to ask the hard, heavy questions in life.

"I deal with a lot of drama because of the diagnosis. I go blind in my left eye, I have botox to lift it up. My entire right side has nerve damage, this is my tremor look. When I'm stressed I lose my walk. So I had to learn how to control my emotions.

"I know how it feels to lie in bed and regret everything and I don't want to do that again ever. Without MS I would never have become an actress, it's the big question mark that did that. I don't know how it will progress I don't know what's going to happen.'

She finishes the video by explaining: "That knocked all the fear off me. It taught me to appreciate life for what it is. I hope this has cleared up some questions you may have of me. So now you know!"

Ioan, 48, and 53-year-old soon-to-be ex-wife Alice were married in 2007 but their relationship ended at the beginning of last year.

They share two daughters, Ella and Elsie, who live with their mother in Los Angeles.

He is believed to have met Bianca while filming in Australia.