The tour operator at the centre of the Horizontal Falls boating accident says the vessel didn't capsize and no passengers were thrown into the water.

Several people were seriously injured when the Falls Express, operated by Horizontal Falls Seaplane Adventures, ran into trouble at about 7am at the popular tourist attraction in Western Australia's Kimberley region about 250km north-east of Broome.

On Friday, WA Police Regional Commander Brad Sorrell said a number of people had been thrown into the water, which he said was a priority because there were crocodiles and box jellyfish in the area.

However, in a statement issued on Saturday afternoon, the tour operator said that was not the case.

"The vessel did not capsize and no passengers were in the water," the statement said.

"The boat immediately returned to the pontoon."

The statement confirmed there were 26 passengers and two crew on board and "some guests have sustained injuries".

"Horizontal Falls Seaplane Adventures is continuing to liaise with the RFDS and all relevant authorities to manage the incident and will provide updates as more information becomes available."

A dozen patients were flown to Perth on Saturday night before being taken to Royal Perth Hospital where they remain in a stable condition.

Their ages range from mid-forties up to 70 years of age and while none are in intensive care, nine of them were taken to the hospital's trauma ward.

A spokesperson from the Australian Maritime Safety Authority (AMSA) said it was involved in a multi-agency investigation into the incident.

The authority has issued a prohibition notice to the vessel involved, which prevents it from operating until inspectors are satisfied it can do so safely.

AMSA also issued a direction notice to prevent the operator from using any other vessel to transit the tourist attraction, pending the outcome of the investigation.

"Two AMSA marine inspectors supported by an investigator will be attending the site, about 100km north of Derby, and are expected to arrive late [on Saturday] afternoon to commence the investigation," the spokesperson said.

On Friday night at Jandakot Airport, several passengers were carried off Royal Flying Doctor Service aircraft on stretchers before being transferred to a large ambulance.

Earlier on Friday, other passengers — including some who were seen wearing visible bandages — were taken to Broome Hospital.

On Saturday morning, a spokesperson from the WA Country Health Service said two people remained in Broome Hospital in a stable condition.

"At the moment, the details of that incident are still under investigation and the relative authorities have been referred to the scene and will be investigating," he said.

Horizontal Falls, an iconic tourism spot in the north, is host to regular jet boat tours through the fast-rising Kimberley tides.

The falls are a natural phenomenon where 10 metres of water surges through two narrow chasms at Talbot Bay.

Called Garaangaddim by traditional owners, the falls have been described by David Attenborough as "one of the greatest natural wonders of the world".

The coastline is, however, treacherous with big tides, whirlpools and strong currents. 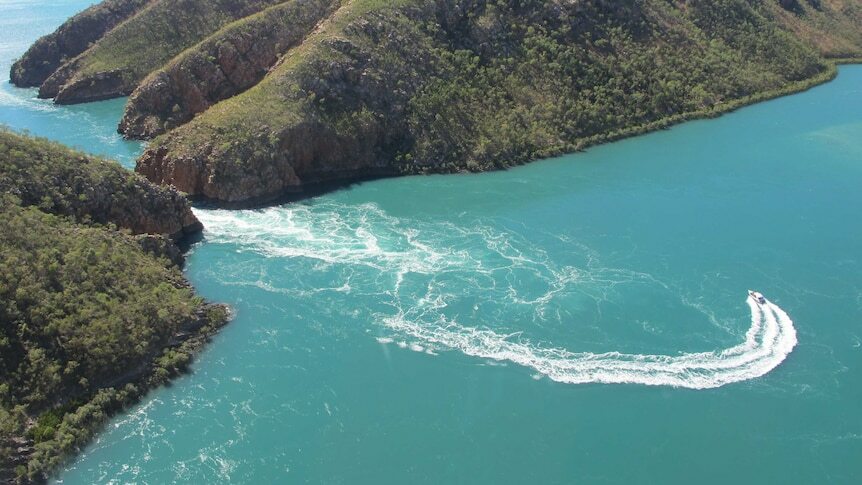 ABC News
From analysis to the latest developments in health, read the most diverse news in one place.
Up to 28 people injured in tourism boat accident at Horizontal Falls off Western Australia's Kimberley coast

A multi-agency investigation begins after a boat crash at Horizontal Falls north of Derby, with the most seriously injured to be transferred to Perth.

Up to a dozen tourists are believed to have been injured off the Kimberley coast, with reports emerging on Friday of a serious accident at Horizontal Falls.