Invasive jumping worms that can leap a foot discovered in California: What we know

Scientists have raised alarm over an invasive and aggressive species of worms that are native to Asia and can jump a foot off the ground after they were spotted on the west coast of the United States.

The Asian jumping worm, also known as crazy snake worms, Alabama jumpers and Jersey wrigglers is a type of earthworm native to Japan and the Korean Peninsula, which arrived in North America with imported plants.

The Amynthas agrestis was first spotted in the US in 2013 in Wisconsin and later across the New England region. In California, these worms were first seen in July 2021 by a California department of food and agriculture (CDFA) entomologist in Napa country and later confirmed through DNA sequencing, KCRA3 reported.

These worms have now spread to 34 states of America.

"These earthworms are extremely active, aggressive, and have voracious appetites. True to their name, they jump and thrash immediately when handled behaving more like a threatened snake than a worm, sometimes even breaking and shedding their tail when caught," a report by the CDFA warned.

These worms can grow up to eight inches in length and are characteristically marked by a light milky white to grey band known as clitellum around a dark body. They breed en masse and constantly produce cocoons at the soil surface, the report stated.

The worms eat through the debris of fallen leaves that affects the top layer of the soil - home to several other species of plants and animals.

"Soil is the foundation of life – and Asian jumping worms change it. In fact, earthworms can have such huge impacts that they’re able to actually re-engineer the ecosystems around them," said Mac Callaham, a forest service researcher who specializes in soils, in a report published by the US department of agriculture.

The worms are considered invasive because they didn't evolve alongside other species of the US and pose a threat to other species and the ecosystem.

“If these worms didn’t spread into forests and natural areas, they wouldn’t be such a problem. But unfortunately, they simply won’t stay where you put them. The best way to prevent future invasions is to avoid moving earthworms around," Mr Callaham added.

Justin Richardson, an assistant professor in Geo-Sciences from UMass Amhers, said the New England ecosystems have developed mainly without earthworms and the jumping worms first arrived in the 60s.

“Turn over rocks or turn over leaves, that’s where you’re going to find the most of them, especially when it’s wet out. And make sure you don’t transport your soils and plants to other homes because then you could potentially spread them,” the professor told 22News.

Authorities are urging people to take photos of these worms and contact local government offices.

The best way to get rid of the worms is to seal them in a plastic bag and leave them in the sun for 10 minutes, authorities said. 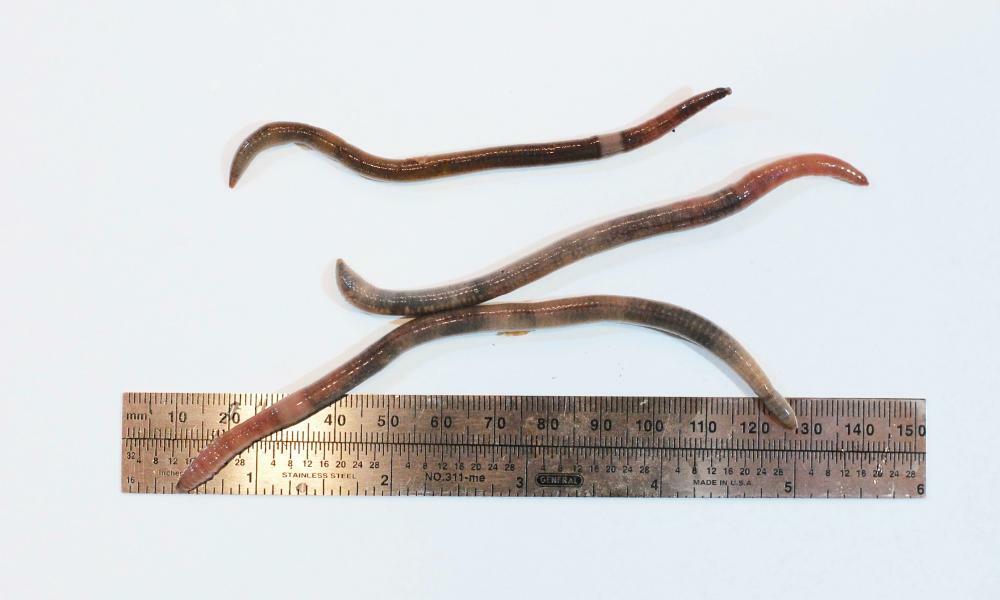 Plant seeds must travel far to maintain healthy ecosystems. Carried on the wind or in the fur and dung of…