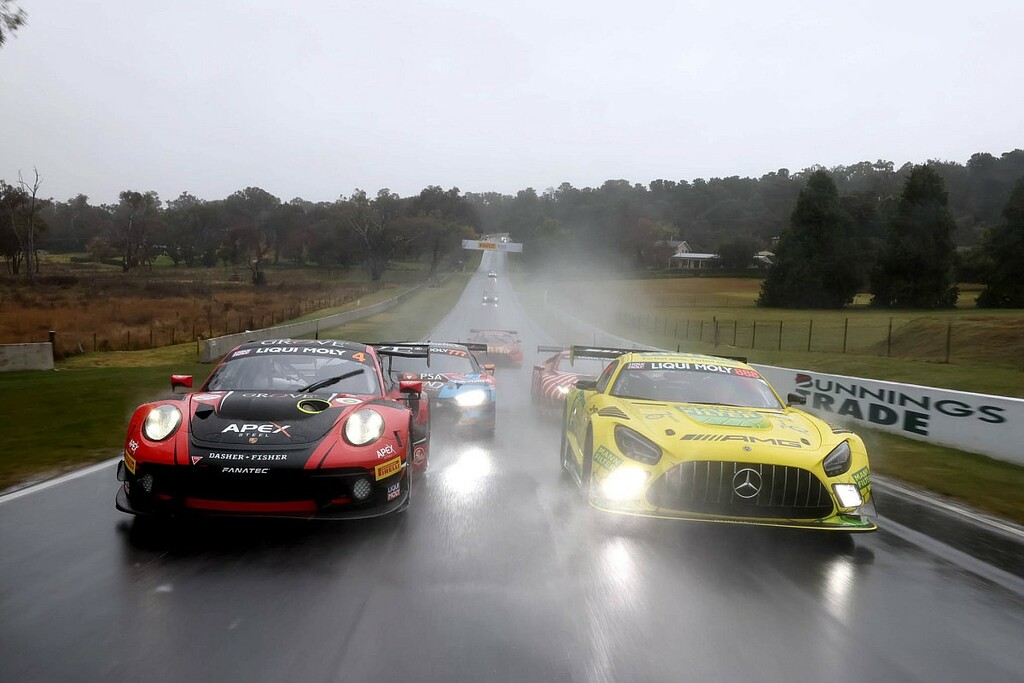 Motorsport
What to expect from the returning Bathurst 12 Hour

Evening Standard
Harry Kane hints at Tottenham stay under ‘great’ Antonio Conte: ‘I am a big fan of his’

Harry Kane has given a clear indication that he is happy at Tottenham and not considering another push to leave,…

Intercontinental GT Challenge set to expand to five rounds in 2023

Series boss Stephane Ratel has outlined a firm intent for 2023 to hold five rounds of the IGTC, which links the big GT3 enduros around the world, after a four-race series without Suzuka was announced for this year.

He explained that he wants to restore the Suzuka 10 Hours fixture, which was part of the IGTC calendar in 2018 and ’19 prior to its cancellation due to COVID in 2020 and ’21 and its subsequent omission for this year.

“It has been a tough couple of years for the IGTC; we have been in survival mode,” Ratel told Autosport ahead of this weekend’s 2022 Bathurst 12 Hours IGTC series-opener.

“But we hope to come back strong in 2023 with five races again.

“We hope that now that it looks like COVID is behind us we can go back to Asia. We want to go back to Suzuka; it is where we want to hold the IGTC race in Asia.

“We are discussing and things are moving, but slowly at the moment.”

Asked if there were other options in Asia, Ratel replied: “We will only announce the full calendar at our traditional press conference at the Spa 24 Hours [round two of this year's IGTC in July].”

The IGTC expanded to five races in 2019 with the revival of the Kyalami 9 Hours sportscar fixture.

It fell to four races in 2020 when Suzuka dropped off the calendar and then just three races last year when Bathurst was also cancelled.

Ratel revealed that the IGTC schedule could undergo a shake-up in terms of the order of the races next season.

“There will probably be some changes in the order, but we are aiming to keep the same destinations,” he explained.

That suggests that Kyalami and the Indianapolis 8 Hours, scheduled this year for October and December respectively, could be given new dates.

Spa and Bathurst are unlikely to move from their traditional dates in July and February, while the Suzuka event took place in the late-August ‘summer endurance’ slot previously occupied by the circuit’s 1000km fixture.

The Suzuka 1000Km had been a round of various iterations of the world sportscar championship, the All-Japan Sports-Prototype Championship, the FIA GT Championship and the Super GT Series over the course of a history dating back to 1966.

A Super GT round of 450km duration has taken the August date at Suzuka this year after speculation about the revival of the 1000Km and the introduction of a race with a fixed time duration.

The 2022 IGTC kicks off this weekend at Bathurst, after being pushed back from March, with a largely-domestic 20-car field.

The entry has 16 GT3 cars across the Pro-am and Am classes after the Pro class was dropped following the event moving to May.

A Porsche 911 GT3 Cup one-make racer and three entries in an invitational class bring the field up to 20 cars.

Motorsport
What to expect from the returning Bathurst 12 Hour