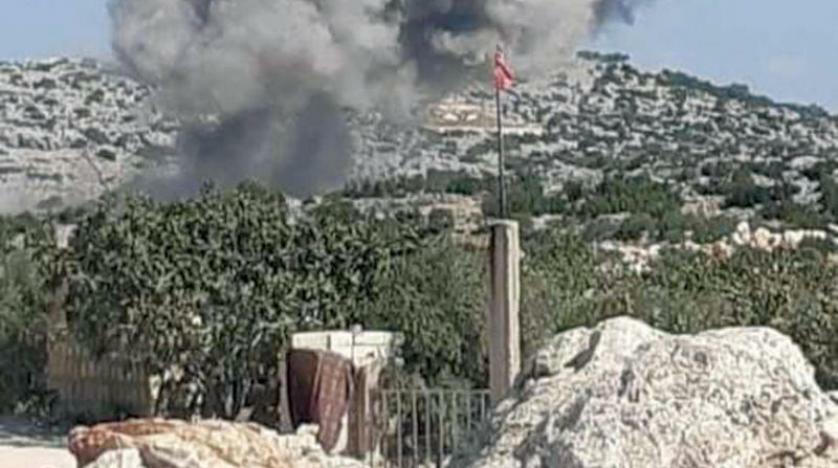 Russian warplanes are bombarding the countryside of Idlib and Aleppo governorates in northwestern Syria. They struck a Turkish checkpoint in Idlib at a time the Syrian and Russian armies are conducting joint patrols in northeastern Syria.

In the town, located in southern Idlib, Russian planes struck the vicinity of a Turkish military point. No casualties were reported.

Other raids that targeted areas in western Aleppo injured a local and damaged civilian property.

“Russian warplanes launch air raids on a daily basis on the areas of Jabal al-Zawiya, south and west of Idlib,” said Ayham al-Hassan, who is a local NGO activist.

According to the activist, Russian and Iranian reconnaissance drones were also spotted flying over opposition-held areas in Idlib’s southern countryside.

All the areas targeted fall within the de-escalation zone south of Idlib.

Hassan reported that the attacks killed more than 142 civilians, including more than 70 children and women. They also destroyed homes and local properties.

The activist pointed out that Syrian opposition factions targeted, with heavy artillery, a military position of the regime forces in the village of Kafr Batakh.

The attack came in response to the bombing of civilian areas.

Russian Foreign Minister Sergei Lavrov had demanded working towards a ceasefire in Idlib.

Idlib is the only Syrian governorate that is still largely controlled by militant groups. A de-escalation zone was set up in Idlib in 2017, where militants reluctant to lay down their arms moved from the Damascus suburb of Eastern Ghouta and the country’s south. The Turkish army has observation points in Idlib.