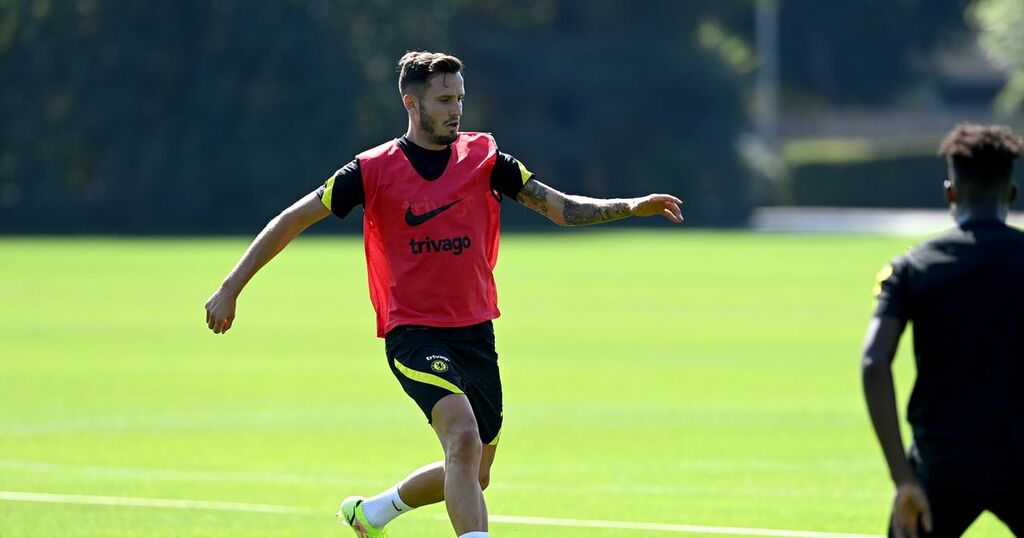 N'Golo Kante has missed another training session ahead of Chelsea's Premier League tie against Aston Villa this weekend. After suffering from an ankle injury in Chelsea’s 10 man clash at Anfield, Kante withdrew from the international duties for France to focus on rehabilitation.

The highly adored Chelsea midfielder has been confirmed to miss out on Chelsea’s match in the coming weekend but could be set to return for their Champions League tie with Zenit.

Kante has been subject to a number of injuries in recent years however each injury comes as a shock for Chelsea. The fear of losing one world-class midfielder from the starting lineup is now the least of Chelsea’s worries. As fans continue to protest in favour of a move for West Ham midfielder Declan Rice, Chelsea’s decision to make a swift transfer for Saul Niguez is proving to have been a necessity.

Tuchel highlights his two key players who are out with injury; Christian Pulisic and Kante.

"N'Golo got injured in the Liverpool game and he still suffers a little bit... We will try with N'Golo for Tuesday."

Though he was happy with his midfield choices prior to the signing of Niguez, Billy Gilmour was sent on loan to Norwich for more minutes and Tuchel thought it best to act fast and get the transfer of the Spaniard done.

"Now with the covid situation and Euro's and Copa America, I personally was a bit concerned to go into the season with only Jorginho, Matteo [Kovacic] and N'Golo [Kante]. Not because of lack of quality or character. I'm the happiest coach that I can be to have these three guys. But it is a bit unpredictable."

Explaining the number of matches that the Chelsea players will be undergoing and the uncertainty of potential covid scares, Tuchel goes on further to explain why Saul may be a crucial option for the Blues going forward.

"Normally you have two of the three guys who always play. Once you have one injured, once you have one suspended you already are in danger to overload players. So when we were looking, not desperately, for alternatives and Saul was on the radar for Chelsea.

He's exactly the type of profile we need to give Jorge and N'Golo sometimes the break that they need...

He has the ability, very strategic player. Has good passing ability. That's why I'm absolutely happy"

Since being crowned Premier League champions in the 2017/18 season, Kante has suffered a total number of 15 injuries, missing 41 matches in total. Though there is no denying his world-class skill set, availability is a player's best asset. Missing 25 matches in 2019/20, Kante’s injuries began to raise serious alarm bells within the Chelsea camp and the pursuit for Declan Rice began. The summer of 2020 opened the 2020/21 transfer window where we saw a number of attacking transfers bulk up the squad however the then valued £60 million midfield option, Declan Rice, was not an option for the Chelsea board.

As the price tag for Rice remained to be negotiated in the last window, the Chelsea Board looked elsewhere on to Atletico Madrid player Saul Niguez. Eyebrows were raised and fans wondered whether they truly needed that extra player in midfield if it was not Declan Rice. As Tuchel confirms the absence of Kante in today’s press conference ahead of Chelsea’s clash with Aston Villa, I guess we may find out sooner rather than later.

The key is to not look at Saul as the midfielder to replace Kante. Though he looks set to come in as the extra midfielder, he shares different traits to Kante, just like Jorginho and Mateo Kovacic. Each Midfielder brings unique qualities to the team and as Kante struggles with fitness, Saul is set to showcase his. Once described as a “complete player” by his fellow countrymen Sergio Busquets, his skillset will be called upon and will hopefully instil confidence in the Chelsea faithful.

His ability to play further up the pitch as a number 10 and also seamlessly assume a box to box role is what makes him the complete midfielder. Not to mention that last season he averaged around 3.19 tackles per 90 in La Liga. Saul has all the qualities of Chelsea’s current choices for midfield and in addition, is able to contribute to goal scoring opportunities. There’s no telling when Tuchel’s dice will roll on starting Niguez in his Midfield 2 however with injuries looming and the number of matches per month building up, we could see the complete midfielder take over and force his way into Tuchel’s starting 11 - even when Kante is fit.

Can Kante's Injuries help Saul Niguez with his future at Chelsea? Follow our new Chelsea Fan Brand Writer Anita Abayomi on Twitter to get involved in the discussion and give us your thoughts in the comments section below.