Inside the record-setting $1.78 million Wallsend home 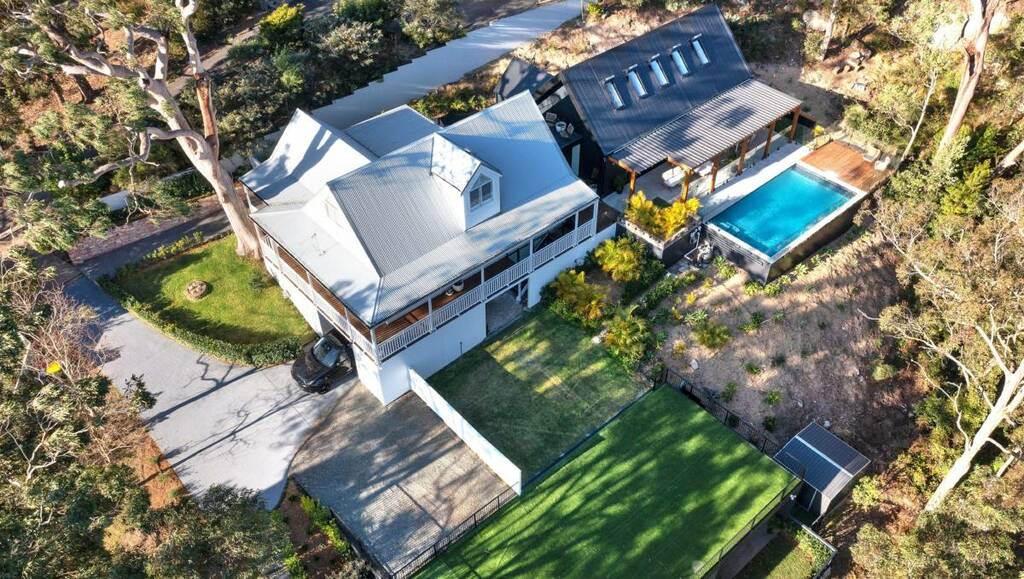 An out-of-town buyer has paid a suburb house sale record of $1.78 million for a "one-of-a-kind" listing in Wallsend.

With a clear focus on contemporary style and sanctuary, the retreat-like property was tucked away in a quiet cul-de-sac at 8 Corio Close.

It featured a four-bedroom house with a suspended concrete swimming pool and a self-contained granny flat on 1847 square metres of land. It backed on to bushland reserve. The home's show-stopper was undoubtedly a glass linkway leading from the bedroom quarters to an open plan lounging and kitchen area with soaring 5.5-metre high ceilings.

It was marketed by Joshua O'Doherty, of LJ Hooker Belmont, through an expressions of interest campaign and sold on August 25.

"It was bought sight unseen by an out-of-towner," Mr O'Doherty said. "They had viewed it through FaceTime and had sent a friend over but did not actually physically inspect the home themselves. We had four offers on it that would have all been a suburb record."

According to CoreLogic data, the result was the highest sale for a house in Wallsend. It surpassed the previous top result of $1.6 million paid in May for a five-bedroom, three-bathroom residence with a pool on a 1040 square metre block that also backed on to bush at 6 Kabbarli Court.

CoreLogic data shows the change in median sale price for a house in Wallsend over a five-year period to this month to be 40.3 per cent.

Another big sale for the suburbs came during the week with the $1.72 million result for a four-bedroom house on a north-facing, 1056 square metre block at 60 Tiral Street in Charlestown. The property also had a 120 square metre shed.

PRD Newcastle and Lake Macquarie's Tom Lemke was guiding $1.53 million for the home, which had undergone a total transformation since its last sale of $625,000 in February 2018.

He reported 270 enquiries in two weeks on the market before it was secured for "a pretty unbelievable price" by a local purchaser, who was "downsizing".

According to CoreLogic data, it is the third-highest sale for a house in Charlestown.

A four-bedroom, four-bathroom home set on a block 1594 square metres in size at 41 Highland Close was bought for $1.8 million in May of last year. In June this year, $2.325 million was paid for a four-bedroom residence on 2.18 hectares of land at 59 E K Avenue.

CoreLogic data shows the change in median sale price for a house in Charlestown over the past five years to this month to be 32.3 per cent.

Street Property's Damon Sellis reported strong interest for a four-bedroom house on a 594 square metre block at 8 Conrad Avenue in Charlestown that he said generated 102 enquiries in its first 12 hours on the market. It was under offer within three days.