The biggest ever royal event is set to take place next month as the Queen celebrates her Platinum Jubilee.

The four-day public holiday is planned so celebrations can take place across a four-day weekend in June 2022, with an eye-popping budget of £15 million.

The 96-year-old royal is celebrating her 70th year on the throne - making the event even more special is the fact she's the first British monarch to do so.

The day-by-day itinerary of Her Majesty's Platinum Jubilee Weekend has been revealed.

The celebrations will start on Thursday June 2 with the Queen's Birthday Parade, when members of The Firm will wave from the balcony at Buckingham Palace as the RAF salutes Her Majesty from the skies.

It was revealed yesterday that after "careful consideration", the Queen has decided to ban Prince Harry, Meghan Markle and Prince Andrew from appearing beside her - limiting relatives on the balcony to working royals only.

On Sunday, is the Big Jubilee Lunch and there will be Platinum Jubilee Pageant.

Thousands of Brits have been called on to raid their wardrobes and line the streets of London to celebrate the nation’s global contribution to music and fashion during the Queen's Platinum Jubilee Pageant.

Below is a detailed order of events over the momentous four-day celebration:

The Queen's historic Jubilee celebrations will kick off with the annual Trooping the Colour in London - with over 1,500 troops billed to appear.

The military event - which has marked the monarch's birthday for centuries - has been slimmed down in recent years due to the pandemic, but the armed forces will be out in full force on June 2.

For this year's momentous celebration, the 1st Batallion Irish Guards will be trooping the colour, the Sun reports.

Officers and soldiers from the Household Division, along with military bands and over 200 horses, will escort them from Buckingham Palace and along the Mall until they reach Horse Guards Parade situated in Whitehall.

Princes Charles and William, and Princess Anne, will be among the parade riding on horseback as Camilla and Kate are driven in carriages.

Next a royal gun salute fired across the country will mark the Queen's 70-year milestone.

It's understood that the Her Majesty's first appearance will be made from the balcony after the parade.

While the Duke and Duchess of Cambridge's children are expected to appear on the balcony, along with working members of the Firm, Prince Harry and Meghan have been omitted from the appearance for the traditional RAF flypast.

Dozens of planes, including the Red Arrows, will fly up the Mall and over Buckingham Palace in honour of Her Majesty.

As dusk falls, the Royal Family will use lasers to light a beacon at the Palace, with traditional fires set to be lit in 2,000 of the UK's villages and cities.

Help for Heroes veterans will light beacons at the furthest northern, south-eastern, and western points of the British Isles.

The second day will start with the tolling of the St Paul's Cathedral bell in London to mark a Thanksgiving service.

It's the first time the bell has been rung for a royal event since it was restored last year.

This will be followed by bells ringing in churches across Britain five minutes later.

Guests will also be the first to hear a new anthem written for the Jubilee being played.

Prime Minister David Cameron gave a reading at the service held for Her Majesty's Diamond Jubilee in 2012, but it hasn't been announced whether Boris Johnson will do the same this year.

Royal aides are said to be doing all they can for the Queen and other royals to watch the Epsom Derby at 5.30pm - the only Classic the Queen is yet to win.

Her horse, Reach For The Moon, has a good chance of winning - and has already been pulled from the event.

A guard of honour is also set to be formed by 40 retired and current jockeys clad in the Queen's silks.

A Jubilee Picnic will then be held on the Long Walk at Windsor with Proms in The Park set to be held in London.

BBC's Platinum Party at the Palace then begins at 8pm.

Five-thousand of the UK's key workers have also been invited to the party.

Hosts Kirsty Young and Roman Kemp, 29, will lead live coverage of the Platinum Party at the Palace which will air live on BBC One, BBC iPlayer and across the BBC network.

The celebration will see famous faces from the world of entertainment brought together to perform for a night of musical tributes to celebrate the Jubilee.

English singer-songwriter George Ezra is currently the only act to have been confirmed for the live concert.

The final day of the four-day special Bank Holiday weekend will start at midday with more than 60,000 people across the width and breadth of Britain hosting Big Jubilee Lunches.

Some of the community dos will even feature appearances from members of The Firm.

After the plates and tables are cleared away, a 10,000-strong group of Brits will tell the story of Her Majesty's reign in a 12-act pageant.

The parade, which will include appearances from the likes of Ed Sheeran, will start in Parliament Square before travelling along Whitehall and up the Mall.

At the pageant's final destination, Ed will lead tributes to the Queen.

To mark the pageant, the bells at Westminster Abbey will ring out - in the same way they did for Her Majesty's Coronation in 1953.

The Gold State Coach will lead the Platinum Jubilee Pageant procession, evoking the image of a young Queen waving from in its windows on her Coronation Day using archive footage.

Film recorded on June 2 1953 as the monarch travelled in the coach on the day she was crowned will be shown using advanced technology on the remodelled windows of the opulent 18th century carriage on the final day of the festivities in June.

It will be the first time the intricately-decorated 260-year-old Gold State Coach, which was built in 1762, has made an appearance on the streets of London for 20 years, since the Golden Jubilee.

It's expected that the pageant - which will cost a massive £15million - will be watched by a billion people across the world. 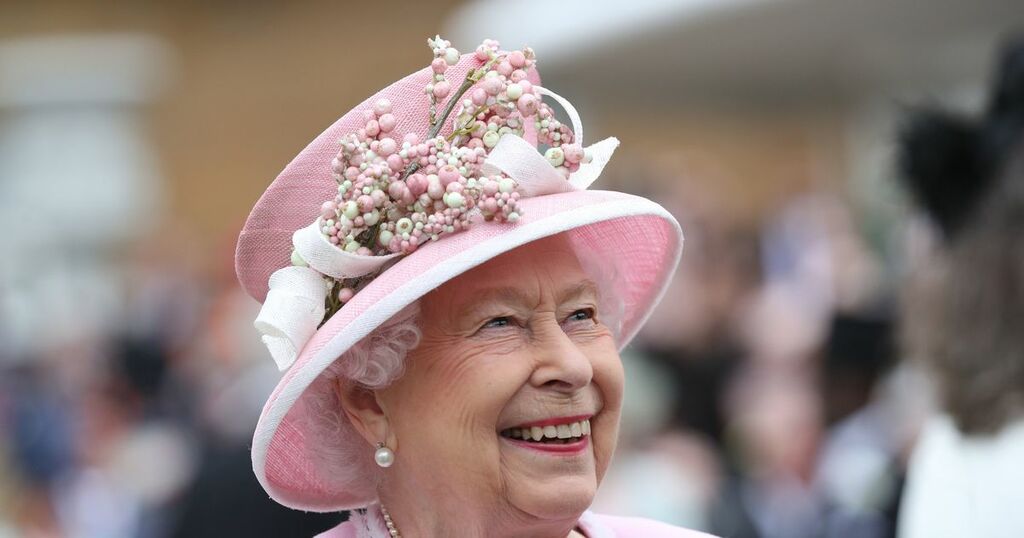 The Queen's appearances at her Platinum Jubilee celebration events are not likely to be confirmed until the day, with many…