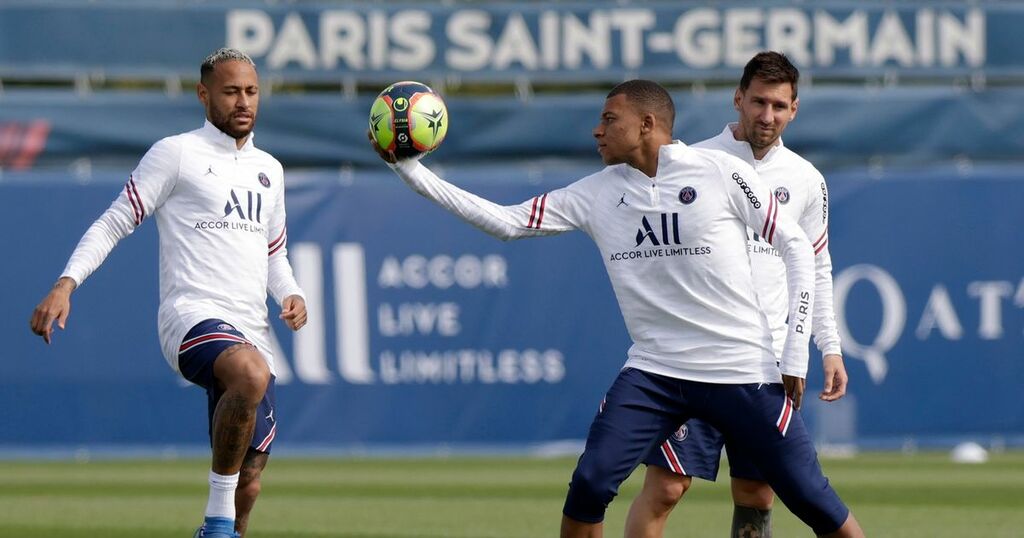 The summer transfer window was perhaps the most remarkable of all-time with Lionel Messi and Cristiano Ronaldo among the world’s most notable players to secure moves.

The one mega transfer that did not happen was that of Kylian Mbappe, for whom Real Madrid lodged a world record bid - which Sky Sports reported to be in excess of €220million - which was not accepted by Paris Saint-Germain.

It was an extraordinary development that was particularly noteworthy due to the French striker being out of contract in Paris next summer.

Contract negotiations between Mbappe and the French club have ground to a standstill in recent months with the widespread expectation being that he will now leave as a free agent next year.

Yet there is a large element of doubt that Real Madrid would be able to secure this deal as the Parisians are not prepared to give up on renewing the 22-year-old’s deal.

A report in Marca has outlined how officials in the French capital are attempting a fresh approach to Mbappe in a last-ditch attempt to persuade him to have a change of heart.

One element to this approach is to lean upon the influence of both Lionel Messi and Neymar - who will form a fearsome attacking trident with Mbappe this campaign.

Messi has joined the club on a two-year contract from Barca while Neymar has played alongside the Frenchman for the past four campaigns.

The prospect of the three superstars playing alongside each other is mouth-watering and the club believe that Mbappe may be persuaded to stick around at the club a little longer due to the quality of his attacking teammates.

It is also revealed how French president Emmanuel Macron sent Mbappe messages in a personal capacity to persuade him to reject approaches from the Spanish capital to stay in Ligue 1.

It has not been ruled out that this dialogue between Macron and Mbappe will continue, particularly with the striker set to star for Les Bleus in next year’s World Cup in Qatar - a nation with influence at the top of PSG.

Should Kylian Mbappe stay at PSG or move to Real Madrid next year? Comment below

There are other factors too, with PSG set to do more in their bids to help disadvantaged children in Paris - an issue that is close to Mbappe’s heart - as in doing so they believe it will show an act of good faith to keep the striker.

They will support and promote the striker's Inspired by KM project, which support 98 children drawn from 20 neighbourhoods in the French capital.

This was a similar approach PSG used to persuade Neymar to commit his long-term future to PSG, with club president Nasser al Khelaifi travelling with the player and his father to schools in Brazil to offer support and provide framework for long-term growth.

In addition to this, the club are now prioritising re-establishing relations with Mbappe’s family and representatives - which had become frayed in recent months - and ensuring that the club’s fans - who whistled the striker ahead of a recent Ligue 1 match - offer the player their full support.