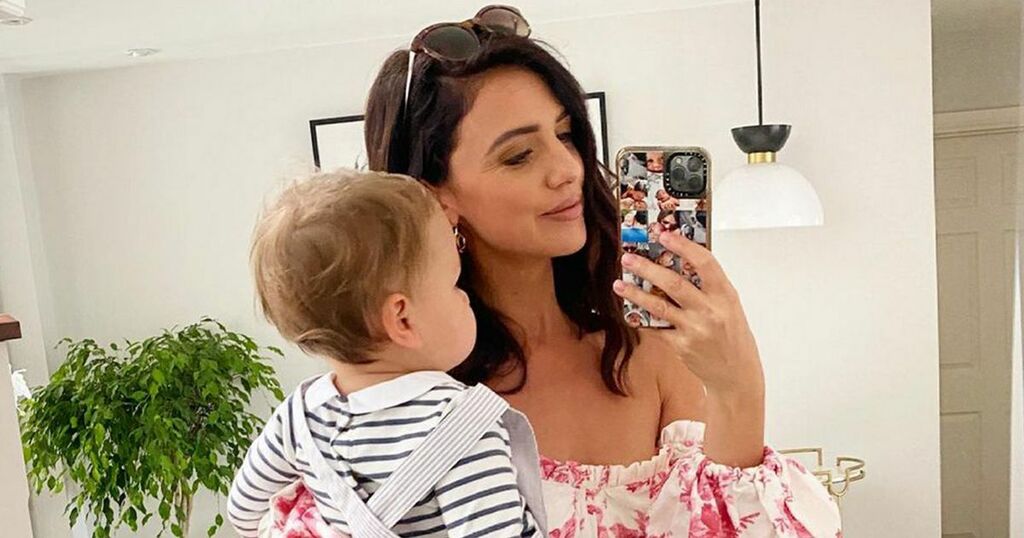 Lucy Mecklenburgh has given fans a peek into her and Ryan Thomas ' home renovation project.

The former TOWIE star is currently working hard on creating the perfect nursery and has even set aside a whole floor for Ryan's 13-year-old daughter.

The couple are transforming their Edwardian home in Manchester so that Ryan could be closer to Scarlett.

Scarlett lives with Ryan's former partner Tina O'Brien in the Northern city, and Ryan admitted that the long-distance was putting a strain on the family.

Speaking on his Mancs on the Mic podcast with brothers Scott and Adam, he explained: "I know I’ve got Scarlett [who] I have to keep going back and forward for…

"That puts a strain on our relationship because I’m not with her [Lucy] because I’ve gotta get back for Scarlett.

"There is that trying to find a mix of making both work and working out where you’re going to end.

He added: "I think eventually I’d like to be in Manchester with both my kids, but at the moment it’s having that help at hand in London it’s just easier, but I think eventually I would love to be back where I started with all my brothers and all our kids.

His fiancee Lucy - who is pregnant with their second child - has been sharing updates of the house on an additional Instagram account @lucymeckinteriors.

She took a snap of the attic, which has been divided into different rooms with the caption: "Scarlottos floor x".

In one snap, Ryan is seen working in what will be their new baby's nursery. The room has original stained glass window features.

Lucy and Ryan's first child Roman has his own room that looks out over their spacious garden.

She shared a very bare set of stairs and added: "Signed off a few more things at the new house," adding a clapping emoji.

"Updates on @lucymeckinteriors Now time to head back down south."

The couple currently live in Essex together, after spending £100,000 on renovating that property too.

Lucy's self proclaimed "mini-mansion" has a huge modern extended kitchen, marble bathroom and she even has a room for her shoe collection.