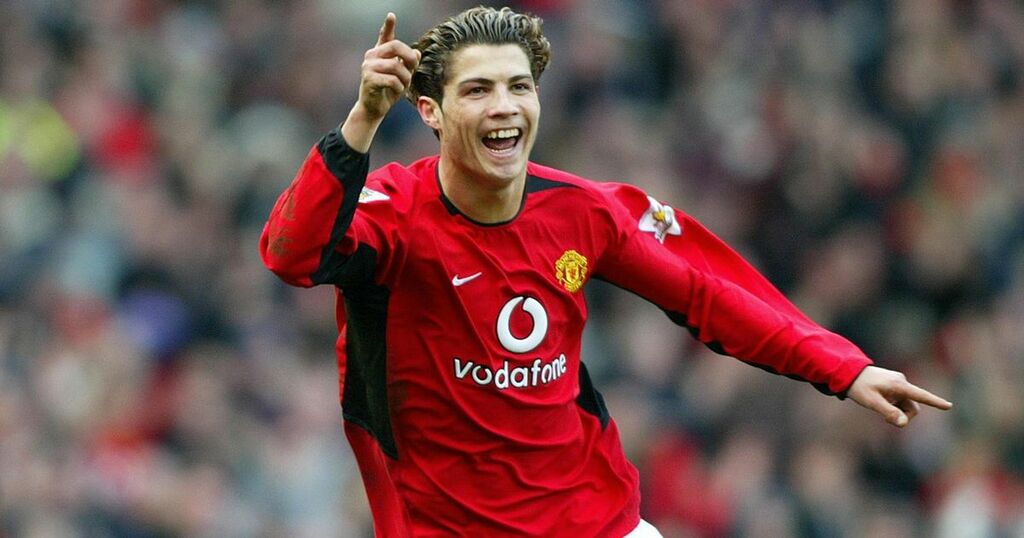 Cristiano Ronaldo has re-signed for Manchester United after completing a £25million move from Juventus, and awaits his potential homecoming against Newcastle in the Premier League on Saturday.

The 36-year-old joins as one of the all-time greats, with five Ballon D'or awards to his name and has recently become the all-time mens top international goal scorer [111].

Ronaldo may be returning as a legendary figure, but when the Portuguese star first joined United as an 18-year-old, he was relatively unknown and no one expected the height of the success that followed.

In the summer of 2003, United faced Sporting Lisbon in a pre-season friendly and lost the match 3-1, but they ending up winning in the long run.

An 18-year-old Ronaldo starred and Sir Alex Ferguson ended up signing the forward and essentially brought him back to Manchester following the conclusion of the match, and he made his debut in the Premier League just four days after joining.

Due to United's desperation to sign the star they had just faced in pre-season, the players were left waiting around after the game and this annoyed what were set to be Ronaldo's new teammates before he had even completed the move, as Nicky Butt explained.

Nicky Butt, speaking exclusively to Ladbrokes said : " We were all making excuses after the game; we were tired, it was a rubbish game, and we ended up sat on the team coach for about three hours after the game.

Is Cristiano Ronaldo the greatest of all time? Comment below

"Everyone is getting annoyed because we just want to go, but it turns out the manager and David Gill were in the stadium pretty much signing Cristiano Ronaldo there and then."

Butt explained that everyone was tired during the defeat to Sporting Lisbon, but Ronaldo stood out to the United players: "We played against Sporting Lisbon and we'd just travelled from Chicago to Portugal.

"We'd got off the plane, had a bite to eat, we were all completely knackered, and we'd got onto the pitch and this young kid was just electrifying. We were all just looking at him and thinking 'wow'."

After pre-season had ended and normality was restored amongst the United squad in England, Ronaldo joined up with his new teammates that he'd previously impressed, and continued to do so with his determination.

Butt revealed: "He came to our training ground, a young, tall but skinny young lad; a really nice lad, he had bags of pace, bags of skill and he was very determined.

"You'd kick him in training and he'd get up, get the ball and run at you again and again. Honestly, we didn't expect him to be anywhere near the level he's now at; we knew we had a super talent and we knew he was a top player."

The current United squad are very aware of the magnitude of player that has joined their ranks this time around, and will be hoping that Ronaldo can inspire them to the Premier League title, and end the nine year drought for top-flight success.