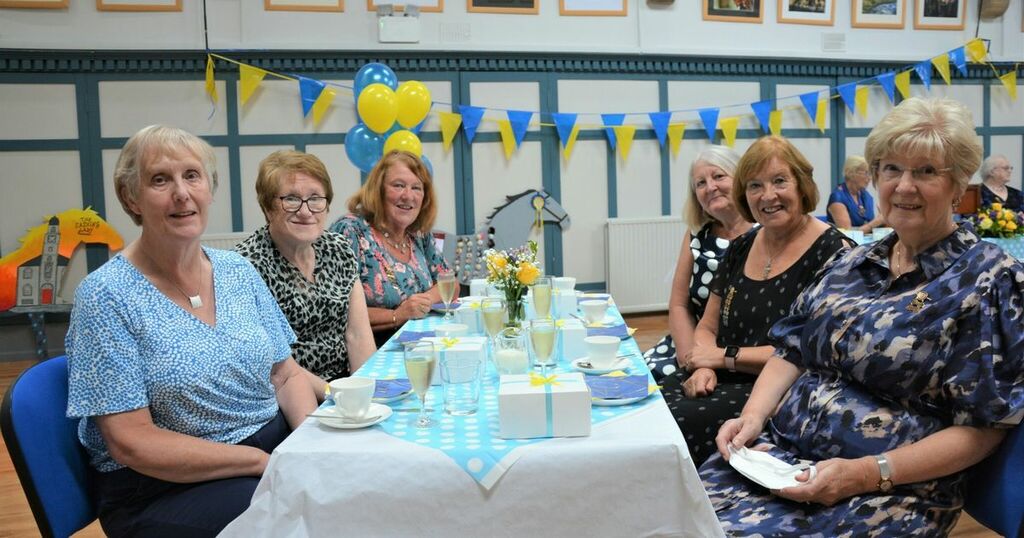 The Inner Wheel Club of Lanark has been celebrating its 40th anniversary with a fantastic fundraising drive for charity.

Members gathered for the special occasion after raising more than £2000 together.

It was also the first time the ladies were able to meet in person since before the pandemic began.

The members enjoyed an afternoon tea where they were delighted to welcome District Chairperson, Sue Morris, who had travelled from Kirkcudbright, the most southerly part of the group's district.

The pandemic has not stopped the Inner Wheel Club of Lanark from looking for innovative ways to continue to support charities at home and abroad.

A challenge went out to individuals to raise £40 for for the club's upcoming 40th birthday.

The members took the challenge to heart with many ideas resulting in the total of more than £2000 being raised with the support of members and friends enabling the group to provide a great hand to help charities.

The Inner Wheel has a history going back nearly 100 years. It was founded in Manchester in 1924 by Marguerite Golding, a nurse, businesswoman and wife of a Rotarian to unite wives and daughters of Rotarians and enable them through friendship and voluntary service to make a difference in their communities.

Today the Inner Wheel is globally one of the largest woman’s organisations and is active in over 100 countries worldwide and has over 100,000 members in nearly 4000 clubs.

The non-governmental organisation (NGO) has six representatives in UN Headquarters in Vienna, Geneva and New York acting as observers on a consultative basis on topics that concerns, for example, women, children, the elderly and human rights.

Nowadays, membership is not restricted to wives and daughters of Rotarians but welcomes women who are happy to share the group's objectives of friendship, personal service and international understanding.

Clubs throughout the country were well established by the time Lanark was formed in 1981 helped by the local club's 'Mother Club' of Motherwell and Wishaw which had been in operation since 1947.

Today the membership of 21 ladies from Lanark, Biggar and Carluke meet at 6.45pm on the second Thursday of the month in the Crown Tavern to enjoy a meal followed by a speaker.

The next meeting will take place on October 14 in the Crown with speaker Gillian McNab discussing 'Living life to the fullest with Huntington’s.'

If you would like to join the group you can email secretary Mrs Anne Gray at: eannegray@aol.com.