In a race delayed by almost two hours due to thunderstorms and then stalled by multiple caution periods and a late red flag, Dixon came through the carnage for his second win of the season by seeing off McLaughlin in a sprint to the finish.

IndyCar points leader Will Power also suffered damage during the race, hampered by a gearbox issue throughout, but came home in 11th to retain his championship lead by six points over Dixon.

Behind the top two, defending IndyCar champion Alex Palou also rescued his first podium since the Mid-Ohio round, having led the early stages only to lose out during a caution period.

After a one hour and 45 minute delay due to lightning in the area, the race got underway and despite damp patches around the track, with all cars on dry tyres.

The initial start saw McLaughlin convert pole position into the lead but Romain Grosjean’s efforts to tuck in behind him squeezed Christian Lundgaard into the wall, forcing him to lose momentum and allow Palou around his outside into Turn 9 - the first turn at the start of the race.

After a relatively well behaved start to the race, the first caution came out on lap eight, for Alexander Rossi running long and then stalling at Turn 10. He was bump-started but like team-mate Colton Herta, he was now a lap down. He thus took the opportunity to pit again, as did Helio Castroneves and Jimmie Johnson.

The race resumed on lap 11, and Pato O’Ward got around Lundgaard for fourth, while Josef Newgarden, Simon Pagenaud and Power demoted David Malukas to ninth, and Rinus VeeKay slotted his Ed Carpenter Racing ahead of Dixon.

Not wishing to get stranded should a caution fly, Palou pitted from third with heavily worn rear tyres – and sure enough, the caution flew for a Castroneves spin exiting Turn 3.

When the pits opened, all those who hadn’t stopped yet grabbed the opportunity, leaving Palou up front, ahead of Johnson, Pagenaud, Kyle Kirkwood and Malukas. McLaughlin emerged in sixth ahead of Grosjean, Power, Lundgaard, O’Ward, Newgarden and Graham Rahal. However, this order didn’t last long, and neither did the green flag period.

Rahal drove into the back of O’Ward at Turn 6, breaking his front wing, and pushed the Mexican’s car into the rear of Power’s Penske. O’Ward’s car lost drive from the impact and coasted to a halt, while Rahal understeered into the wall at Turn 7. With his front wing then jammed under his front wheels he made hard contact with the wall on the bridge, and by the time he got back to the pits his car was too damaged to continue.

Their incident had had knock on effects further back, eliminating Dalton Kellett and Simona De Silvestro, and delaying Callum Ilott who stalled.

Dixon skirted around most of the issues, but suffered a puncture and a rear wheel issue.

The restart on lap 34 saw Palou leading Pagenaud at the front. At the previous restart, Newgarden had trod very carefully and found himself elbowed down to 14th, behind one of his championship rivals Marcus Ericsson.

The racing restarted just long enough for Kirkwood and Grosjean to get around Johnson, and for VeeKay to demote Lundgaard, and then the yellows flew, not for Ilott and Rossi disappearing down the Turn 9 escape road, but for Devlin De Francesco and Takuma Sato colliding with each other and a wall. The pair would limp to the pits, and were retired.

When the pits opened, Newgarden and Dixon pitted again, emerging in 17th and 18th respectively, with primary tyres.

The lap 42 restart saw Palou tagged by Pagenaud but he held on into Turn 9, while McLaughlin muscled past Malukas, and Rinus VeeKay jumped Power to grab eighth. A lap later, he disposed of Johnson, taking full advantage of his alternate tyres.

Power’s day took a turn for the worse after that strike from O’Ward giving him gearbox issues and caused him to drop down the field to 13th and behind prime title rival Ericsson.

But Power, along with Dixon and Lundgaard, were given a huge slice of fortune on lap 50 when they pitted as VeeKay ran into the back of Rahal who had been restarted from around 25 laps down, but had struck the Turn 4 wall.

Under the subsequent yellow, all the erstwhile frontrunners ducked into the pits, leaving Newgarden up front ahead of Dixon.

Power dropped down the order again with a gearbox issue forcing him to slow, but up ahead Newgarden was flat out, unable to eke out his fuel to the finish, so knowing he’d have to make a late stop.

His team-mate McLaughlin moved into sixth ahead of Malukas, who was then prey for Kirkwood, his 2021 Indy Lights title rival, but the pair clashed at Turn 9 and both hit the wall hard.

Under the latest yellow, Newgarden took the chance to pit leaving Dixon up front ahead of Lundgaard and Palou, who had sustained left-front wing damage while passing Power.

The return to green flag racing with 10 laps to go saw McLaughlin pass Herta and then Palou for third, while Grosjean got past Herta too, while Ericsson lost several places due to a lack of drive and went into emergency mode.

The carnage continued on lap 73 when Johnson crashed at Turn 4 bringing out another yellow, and that left just four laps for the remainder of the race.

But the last and arguably biggest flashpoint came when Newgarden made a bold move down into Turn 9 at the restart, diving up the inside of Grosjean on cold tyres, which squeezed the Andretti car into the wall to bring out a yellow, then a red flag.

Under the yellow, Ericsson’s car lost drive again and the car was retired, as the remaining cars headed into the pits during the clear-up. Meanwhile, the stewards decided there was no further punishment deserved for Newgarden’s clash with Grosjean.

The race was restarted with one and a half laps to go, given the restarts are into Turn 9. Dixon didn’t break away but he held on to the lead to beat McLaughlin by 0.1067s.

Palou, Rossi, Herta, Newgarden and Felix Rosenqvist elbowed Lundgaard down to eighth in the space of three miles.

Jack Harvey claimed ninth ahead Pagenaud, as a relieved but frustrated Power took 11th to take a six-point championship lead away from Nashville, with six-time IndyCar champion Dixon now his nearest rival.

This was Dixon’s 53rd victory, so he moved clear of Mario Andretti to take second alone in the all-time winners’ list behind AJ Foyt. 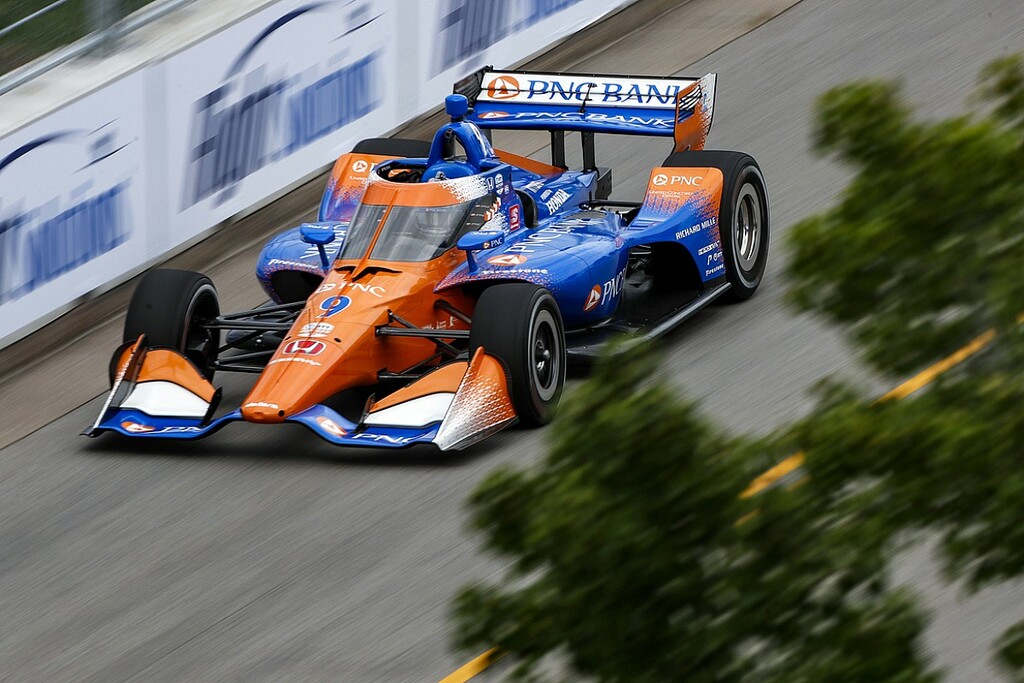 Motorsport
From analysis to the latest developments in health, read the most diverse news in one place.
Nashville IndyCar: Dixon, Herta lead race day warm-up

Scott Dixon, who will start the Big Machine Music City Grand Prix only 14th, showed the race pace of his…

Scott Dixon was convinced that car damage had ended his victory hopes at IndyCar's Nashville round, before working his way…

Autosport
One place to find news on any topic, from hundreds of sites.
IndyCar Nashville: McLaughlin beats Grosjean to pole