Ericsson had picked up the lead following the final series of pitstops, moving past O'Ward as the Mexican driver rejoined behind Arrow McLaren SP team-mate Felix Rosenqvist.

This was after Scott Dixon, who had led the majority of laps in the race, was caught speeding in the pitlane on his final stop and thus had to serve a drive-through penalty.

After moving past countryman Rosenqvist, Ericsson surged into a seemingly unassailable lead, pulling out over three seconds over the rest of the field as O'Ward dispatched his team-mate.

But Jimmie Johnson crashed heavily at Turn 2 with six laps to go, leading to a red flag with five laps to go - giving Ericsson a late-race scare to contend with.

On the restart, Ericsson weaved aggressively to break the tow to O'Ward - but at the start of the final lap O'Ward attempted to clear Ericsson around the outside.

But the Swede kept cool and held the momentum down the inside to preserve the lead - and Sage Karam’s crash on the exit of Turn 2 cemented Ericsson's win as the track entered yellow-flag conditions for the finish over O'Ward.

Dixon had been in the pound seats for the majority of the race after his impressive pole, leading the 33 cars to Turn 1 ahead of team-mate Alex Palou and Ed Carpenter Racing's Rinus VeeKay. Palou grabbed the lead at Turn 3 on the opening lap and VeeKay further demoted Dixon at Turn 1 on lap 2.

Dixon repassed VeeKay for second on lap 5 and then retook the lead from Palou three laps later – the Ganassi teammates then swapping the top spot repeatedly to aid each other’s fuel mileage.

Palou was then leading by the time the first caution came out, as VeeKay crashed out of second place at Turn 2, losing control of the rear of his car just six laps into his second stint.

But the reigning champion was caught short amid the second pit window, as a second caution emerged for Callum Ilott's crash at Turn 2, with Palou was caught out by a closed pitlane and he had to drive straight through.

He then had to take an emergency service on the following tour, which dropped him to the tail of the field and then had to serve a penalty at the restart too.

Dixon had stopped ahead of the caution, as had ECR's Conor Daly, which put the two in front for the lap 78 restart.

The two traded places before Dixon eventually drew clear, as battle was joined by O'Ward, but Daly took the lead for the Romain Grosjean caution as the Andretti driver crashed out of his first Indy 500 after half-distance.

Daly was swamped on the Lap 113 restart, as O’Ward passed both Daly and Dixon to grab the lead, with Ferrucci sweeping up to fourth ahead of Rosenqvist, Kanaan, Ericsson and Ed Carpenter.

But Dixon was soon back in front – picking up the mantle of the all-time Indy 500 lap leader from the late Al Unser Sr – with O’Ward and Daly content to run in his slipstream, as Rosenqvist demoted Ferrucci to fifth.

Dixon pitted under green flag conditions on lap 141, followed by a lap later by Daly. Rosenqvist stopped two laps later and stayed ahead until Dixon passed him at Turn 1 on lap 145.

O’Ward pitted later than all of them and cycled his way to the front, while Kanaan suffered a slow stop and lost ground to the leaders, losing a spot to Ericsson also.

O’Ward had led by a second with 50 laps to go, but the yellow flag was brought out soon after as Scott McLaughlin crashed his Team Penske car at Turn 3 and smashed the wall again at Turn 4.

Dixon grabbed the lead from O’Ward at the restart, and the two began to trade places - with Dixon was clearly keen on staying out front ahead of the final pit phase.

Rosenqvist undercut both Dixon and O'Ward but dropped behind his team-mate in the final laps, also battling with Tony Kanaan after the veteran Brazilian racer rallied late on to contend for victory.

Kanaan held off a late effort from Rosenqvist to pass, holding onto third place in his fifth Chip Ganassi Racing entry, ahead of Alex Rossi, who made a good recovery from a difficult qualifying to climb up to fifth.

Daly was sixth after being in victory contention by the mid-race mark, ahead of 2021 Indy 500 winner Helio Castroneves - who was hoping to take a record fifth win at the Brickyard.

Ferrucci finished 10th after factoring in the top five earlier on, as Juan Pablo Montoya moved up to 11th having made a number of robust passes to ensure all Arrow McLaren SP cars finished in the top third of the field, ahead of AJ Foyt Racing's JR Hildebrand.

Dixon was classified in 21st by the end, the penultimate car left on the lead lap ahead of Marco Andretti. 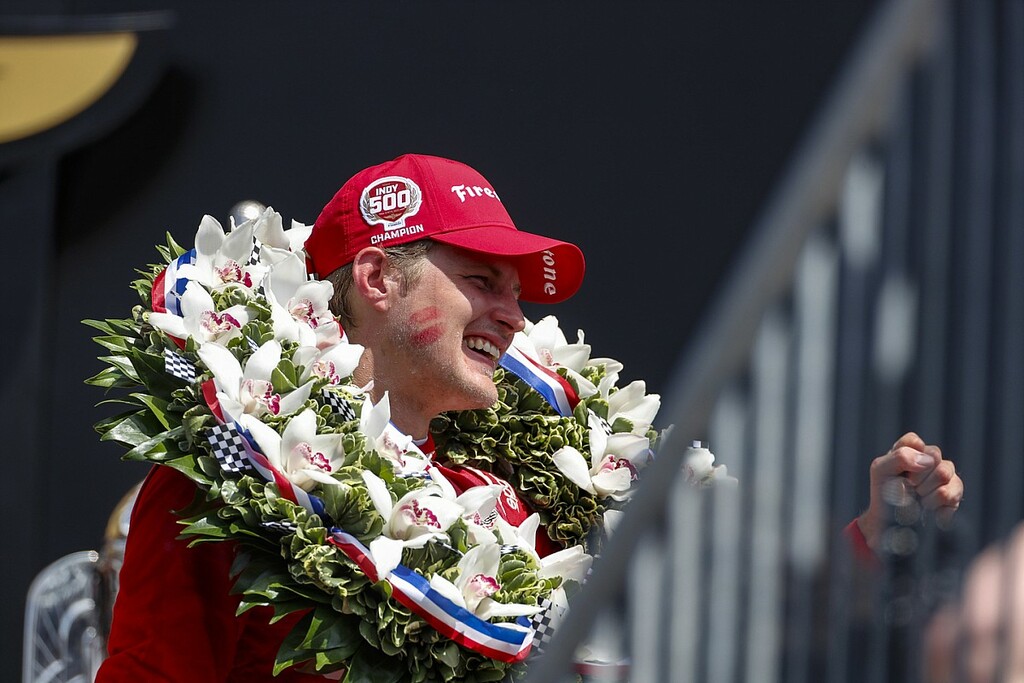 Motorsport
From analysis to the latest developments in health, read the most diverse news in one place.
Ericsson "couldn't believe" late red flag before Indy 500 triumph