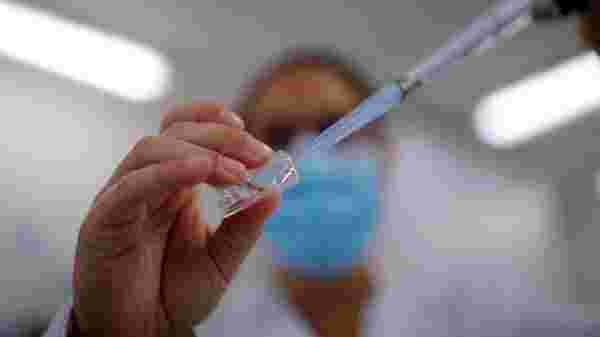 With the administration of 57 lakh doses of coronavirus vaccines till 7 pm on Wednesday, the country's inoculation coverage has surpassed the cumulative figure of 76 crores, the Union Health Ministry said.

The daily vaccination tally is expected to increase with the compilation of the final reports for the day by late night, the ministry said.

The vaccination exercise as a tool to protect the most vulnerable population groups in the country from COVID-19 continues to be regularly reviewed and monitored at the highest level, the ministry underlined

Meanwhile, the Drug Controller General of India has given its approval to the single-dose COVID-19 vaccine version of the Sputnik V vaccine 'Sputnik Light' to conduct trials on the Indian population to check whether the vaccine gives a similar immune response in trials similar to what it has shown on the Russian population.

A Subject Expert Committee (SEC) meeting held on August 5 recommended the trial condition based on the efficacy of the vaccine also to be evaluated on the 42nd, 90th, and 180th day following the second dose.

"Interim analysis can be conducted on day 42 as this data was generated during the Sputnik V trials in India after the first dose, which was stated to be available up to day 21," reads the minutes of the SEC meeting.

Earlier in the month of April, the two-dose version of the vaccine, Sputnik V, was approved for 'emergency use' by the Drugs Controller General of India (DCGI).

According to Dr V K Paul, Member (Health), NITI Aayog, till now 8- 9 lakh doses of Sputnik V has been administered in India.

Sputnik Light, which is the first dose of the original two-dose composition, has shown the efficacy of 79 per cent.

Daily new cases of coronavirus in India continued to remained below 30,000 with the country recording 27,176 fresh COVID-19 cases, while 284 new fatalities were recorded, according to the Union Health Ministry data updated on Wednesday.

The active cases declined to 3,51,087 comprising 1.05 per cent of the total infections, while the national COVID-19 recovery rate was recorded at 97.62 per cent, the ministry said.

A reduction of 11,120 cases has been recorded in the active COVID-19 caseload in a span of 24 hours.