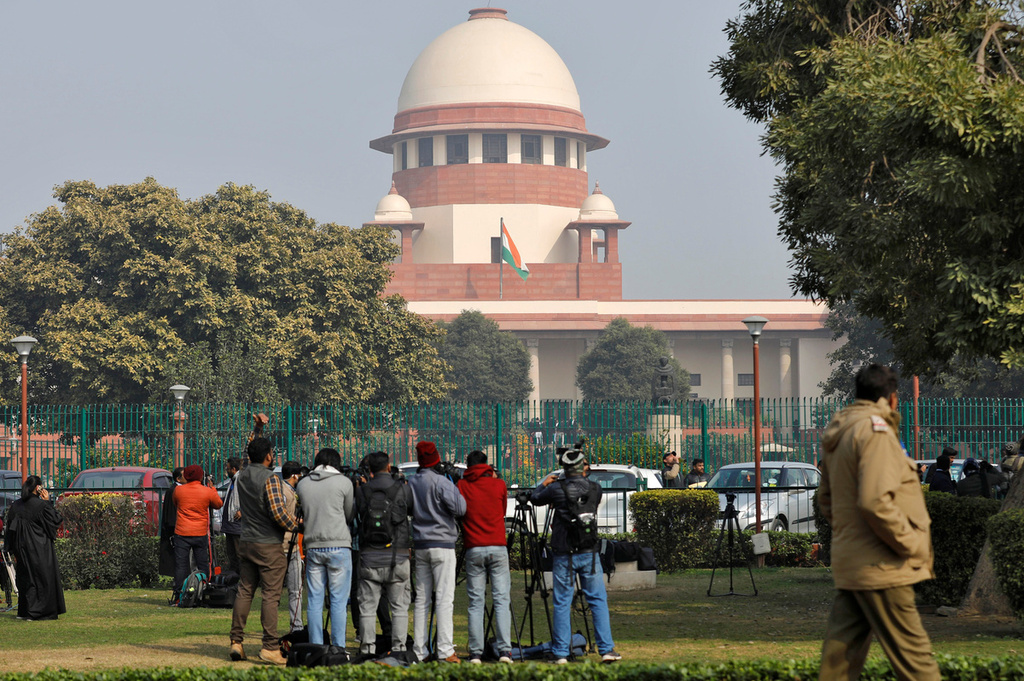 The Independent UK
Supreme Court puts the sedition law on hold, no new FIRs to be lodged

India’s Supreme Court has barred the government from using a colonial-era sedition law that critics say is often used to stifle dissent, pending a review.

The 152-year-old law, which the British colonial government used against Mahatma Gandhi and other leaders of a campaign for independence, remained on the books after India’s 1947 independence and has been used by governments since then.

“It will be appropriate not to use this provision of law until further re-examination is over,” Chief Justice N V Ramana told the court on Wednesday after it ruled that all proceedings under the law, known as Section 124-A, “shall be kept in abeyance”.

Prime Minister Narendra Modi’s government had told the court this week it was reviewing the law, which says anyone bringing hatred or contempt, or inciting disaffection towards the government, can be punished with up to life in prison.

The law has long been misused by all Indian political parties in power but critics say Modi’s Bharatiya Janata Party (BJP) has widened its scope, including to target minorities and ideological dissenters.

The Law Commission of India and even the Supreme Court have at various times commented on what they have said was rampant misuse of the sedition law against social activists, writers and students.

New Delhi-based lawyer Tanveer Ahmed Mir told Al Jazeera the top court has realised that in a constitutional democracy, “disaffection towards the government cannot be a prosecutable offence because dissatisfaction or affection is basically demanded by a monarch”.

Mir said he will move the court on Thursday to seek bail for Sharjeel Imam, a student jailed under the sedition law since January 2020.

Imam is believed to be the pioneer of the Shaheen Bagh protest, a 100-day-long peaceful sit-in organised in the capital to protest the passage of a controversial citizenship law in 2019.

Lawyer Kapil Sibal, who represented the petitioners in the Supreme Court, said there were more than 800 cases of sedition across India, and 13,000 people were in jail under the law, India’s NDTV website said in a report.

The Indian constitution guarantees freedom of speech and expression as a fundamental right to all its citizens.

Responding to the court’s order, federal Minister of Law and Justice Kiren Rijiju said the government “respects the court and its independence”.

“But there is a ‘Lakshman Rekha’ [red line] that must be respected by all organs of the state in letter and spirit. We have to ensure that we respect the provisions of the Indian constitution as well as existing laws,” he told India’s ANI news agency.

The government of India’s most populous state Uttar Pradesh, led by firebrand monk Yogi Adityanath from the BJP, has been an especially enthusiastic user of the sedition law.

Police there last year jailed three students from Indian-administered Kashmir for sedition after they celebrated India’s defeat to arch-rival Pakistan in a cricket match.

“It’s a great thing. The Supreme Court giving the deadline to the central government but at the same time making sure that new cases are not registered and no coercive action is taken in all cases is a very significant step forward,” she said.

Bilal Kuchay contributed to this report from New Delhi

The Independent UK
Supreme Court puts the sedition law on hold, no new FIRs to be lodged