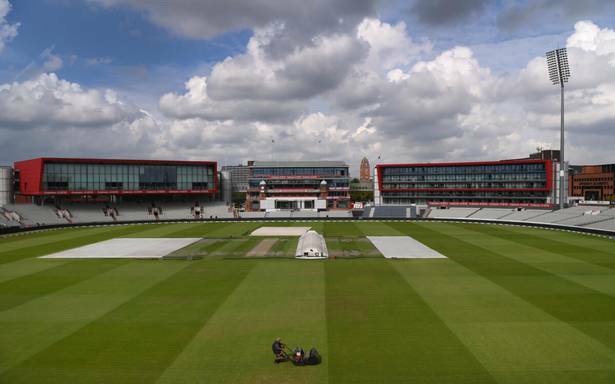 After a day of high drama, which saw India’s physiotherapist Yogesh Parmar returning a positive test for COVID-19 and the BCCI entering into negotiations with the ECB for calling off the fifth Test, the Indians will take the field for a mouth-watering series finale against England at Old Trafford in Manchester on Friday.

Parmar’s positive lateral flow test on Wednesday evening came to light on Thursday afternoon. It led to the Indian team expressing reservations about playing the final Test considering the health risks posed to them and their family members.

However, after several hectic rounds of discussions between the two boards, it was agreed to go ahead with the Test. The news was conveyed to the Indian players late on Thursday night, asking them to get ready for the game.

It will be interesting to see if any of the Indian cricketers, apprehensive about playing the match, makes himself unavailable for the contest.

After a conference call with the Indian team management early on Thursday, the BCCI got in touch with the ECB.

With the IPL scheduled to resume in the United Arab Emirates on September 19, the Indian board wasn’t keen on risking the health of the players just days before the tournament and also jeopardising the league.

Once the RT-PCR tests of every member of the Indian camp, except Parmar’s, returned negative late on Thursday, the ECB insisted that the Old Trafford Test had to go ahead.

While the BCCI wanted the game to be abandoned and the fifth Test rescheduled to next year, the ECB stuck to its stand that the game will have to be forfeited — and not abandoned — by India as the local medical authorities had cleared the players.

The Indian board eventually decided to not strain its relationship with a close ally. With the players asking the BCCI to take the final call, it was agreed that unless any other squad member developed symptoms overnight, the Test will go on as scheduled.

It will mean that the COVID-19 circumstances and weather permitting (it is expected to rain in Manchester on Friday), Rohit Sharma and Cheteshwar Pujara’s fitness will be assessed on the morning of the match. The two did not take the field during England’s second innings at The Oval after the former hurt his left knee and the latter his left ankle.

Off-spinner R. Ashwin is expected to make his first appearance of the series, with Ravindra Jadeja unlikely to be available for the game owing to a niggle.

Parmar’s positive test has taken the number of COVID-19 cases in India’s entourage to four, with head coach Ravi Shastri, bowling coach B. Arun and fielding coach R. Sridhar having been diagnosed positive during the fourth Test at The Oval in London last week.

Nitin Patel, the senior physio, was isolated in London after being traced as the trio’s close contact. He is, however, understood to have travelled to Manchester on Thursday after having two negative RT-PCR tests.