India court in Karnataka upholds ban on hijabs in colleges

A court in India has ruled that wearing a hijab is not an essential principle of Islam, in a setback to Muslim students who were demanding the right to wear the headscarf in colleges in Karnataka, south India.

The Karnataka high court was hearing the petitions of Muslim students who had been stopped in January from entering the government college in Udupi, where they were enrolled, for wearing the hijab.

College principals said the hijab went against the rules that require a uniform to be worn. When the principals refused to relent, a group of students took the matter to court.

The college authorities were backed by the state government which contended in court that the hijab was not an essential religious practice of Islam, and banning it in classrooms did not violate the constitutional guarantee of religious freedom.

The students argued the opposite, namely, that the constitution guaranteed them the right to practise their faith and Islam required them to wear the hijab.

Across the state, the controversy triggered protests and violence. In retaliation, rightwing Hindu groups demanded the right to wear saffron scarves in the classroom if the hijab was allowed – saffron is the colour of Hinduism and is associated with the BJP.

Student activist Dhruv Jatti welcomed the verdict, saying that no Muslim student had insisted earlier on wearing the hijab and accused Islamist activists of having a hand in the case. “But I do feel that to avoid poisoning the atmosphere in college, Muslim girls should get counselling so they can understand the reasons for the ruling and come to college,” Jatti told NDTV news channel.

“Muslim women can wear the hijab wherever they want – the market, the shop, the street, in private colleges – but government educational institutions have their own dress code and this must be followed,” he said.

There has been no response yet from the Muslim students who took the matter to court. They are expected to appeal against it in the supreme court.

The ruling is unlikely to douse the fiery debate that has been raging in India for weeks. Some fear that a ban on the hijab will force Muslim girls to stay at home and not seek an education.

In a multi-religious society like India where people of each faith – such as Sikhs and their turbans and Hindus with their dab of vermilion on their foreheads wear symbols – they argue it is untenable to ban the hijab, particularly as the chief minister of Uttar Pradesh is a monk who wears saffron robes.

The fear among this group is that the BJP is trying again to impose its Hindu majority agenda on the minorities by depriving them of their right to religion and their freedom of choice. 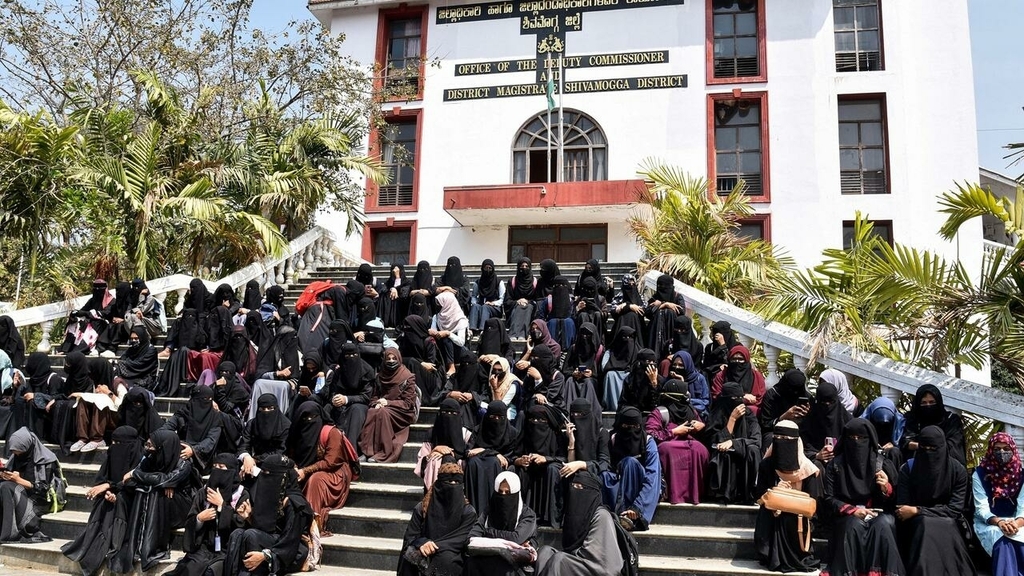 Bangalore (India) (AFP) - An Indian court upheld a local ban on the hijab in classrooms on Tuesday, weeks after…

The ban in the southern state of Karnataka sparked protests last month, with a judge ruling the implementation of a…

ABC News
One subscription that gives you access to news from hundreds of sites
Hijab not an essential practice of Islam, rules Karnataka High Court