India and Denmark launch Centre of Excellence on Offshore Wind 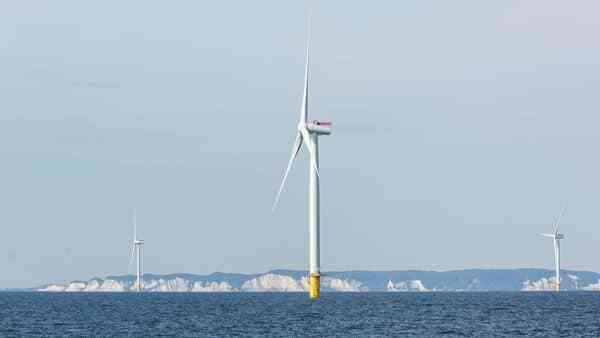 NEW DELHI : In what may help provide a push to India’s offshore wind power generation plans, India and Denmark on Thursday launched the ‘Centre of Excellence on Offshore Wind’ as part of the green strategic partnership between the two nations.

This assumes significance, given that the ministry of new and renewable energy (MNRE) has set a target of adding 30 gigawatts (GW) of offshore wind energy projects by 2030. India plans to leverage scale to lower offshore energy tariffs by harnessing the enormous wind power potential along its 7,600km coastline.

“Union minister for power and new and renewable energy, R.K. Singh met with Dan Jørgensen, Danish minister for climate, energy and utilities here today," MNRE said in a statement and added, “Centre of Excellence on Offshore Wind launched jointly by the two ministers."

This renewed push for green energy comes at a time when the UN’s Intergovernmental Panel on Climate Change said extreme weather events will impact lives, livelihoods, and businesses in India and South Asia.

“This centre will at the outset be centred on four working groups a) spatial planning; b) financial framework conditions; c) supply chain infrastructure; and d) standards and testing. In the initial phases, the centre of excellence (CoE) will focus on the offshore wind sector. In the medium to long term, the vision is that the centre will broaden to include a wider group of international governments and players, accumulating experience and best practices on offshore wind and become an international centre for offshore wind and with broader links to new and renewable energy," the statement said.

This comes at a time when India is the only major economy with actions in line with keeping global warming below 2°C of pre-industrial levels and the only G20 country whose energy transition is in sync with this goal, according to the Union government.

“R.K. Singh underlined to the Danish side that energy transition towards green is an important part of India’s policy. He pointed out that Prime Minister in his Independence Day speech has set a target of 450 GW of RE capacity by 2030. The minister went on to say that already our whole renewable energy portfolio is at 146 GW. He stated that India is the only G20 country whose actions are in consonance with the Paris climate agreement with regard to global rise in temperature," the statement said.

In what may strengthen India’s climate commitment credentials in the run up to UN Climate Change Conference (COP-26), its emissions have been reduced by 28% over 2005 levels, against the target of 35% by 2030.

“Discussing the potential of green energy, Singh said that India is looking at making Ladakh and islands such as Andaman Nicobar and Lakshadweep green in energy including transport," the statement added.

This comes against the backdrop of India resisting the pressure of declaring a net zero emission goal. Instead, India has called out nations on their carbon neutral intent announcements and termed them ‘meaningless’.