In the Case That Blocked OSHA's Vaccine Mandate, the Justices Disagreed About When COVID-19 Counts As a Workplace Hazard 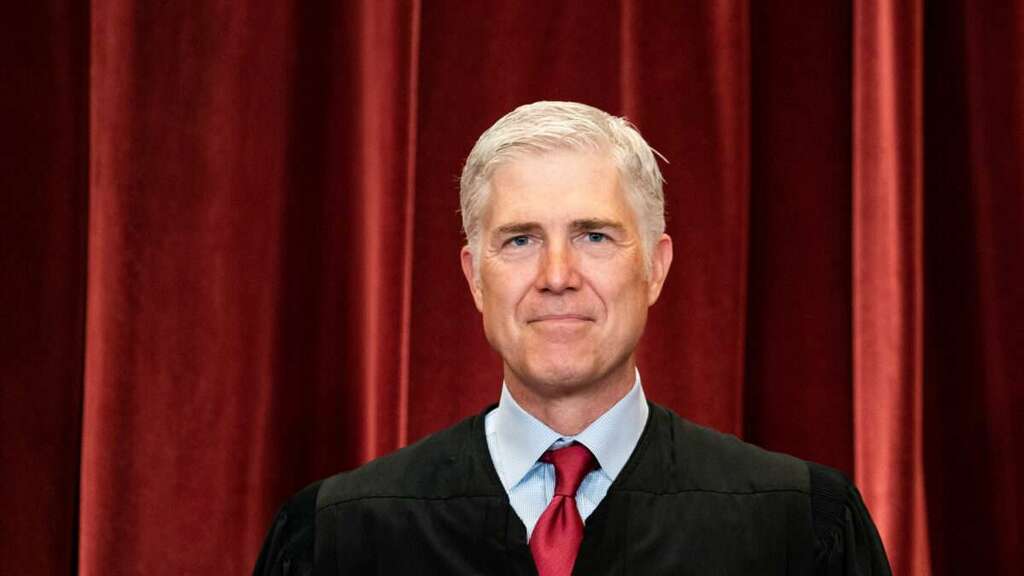 When the Supreme Court blocked enforcement of the Biden administration's vaccine mandate for private employers yesterday, the three dissenters said the majority was recklessly overriding the judgment of experts who know best how to make workplaces safe. But as the majority saw it, the dissenters were ready to let unelected bureaucrats exercise sweeping powers that Congress never gave them.

Underlying that split is the question of whether and when COVID-19 counts as a workplace hazard, justifying regulation by the Occupational Safety and Health Administration (OSHA), as opposed to a general risk that Americans face throughout the day, which goes beyond that agency's statutory mission. All of the justices agreed that OSHA does not have a general license to protect public health, and all of them agreed that the agency does have the power to address COVID-19 in the workplace. But while the dissenters were willing to let OSHA define that problem in general terms, justifying a broad solution covering 84 million employees, the majority thought the agency was obliged to be more specific and discriminating.

OSHA's rule, which it published on November 5, demands that companies with 100 or more employees require them to be vaccinated against COVID-19 or wear face masks and submit to weekly virus testing. The agency presented that edict as an "emergency temporary standard" (ETS), which avoids the usual rule-making process but requires OSHA to show that its regulations are "necessary" to protect employees from a "grave danger" in the workplace. Those criteria are not easy to satisfy, which helps explain why OSHA has rarely used this option.

"Prior to the emergence of COVID–19," the Supreme Court notes in its decision imposing a stay on the vaccine mandate, OSHA "had used this power just nine times" and "never to issue a rule as broad as this one." Of those nine emergency standards, "six were challenged in court, and only one of those was upheld in full." As Justice Neil Gorsuch notes in his concurring opinion, those rules all dealt with "dangers uniquely prevalent inside the workplace, like asbestos and rare chemicals."

OSHA has previously issued regulations that addressed communicable diseases. In 1990, it issued a nonemergency standard dealing with bloodborne pathogens, and last June it published a COVID-19 ETS for the health care industry. But both of those rules aimed to protect employees who faced special hazards because of the nature of their work (handling blood samples and treating COVID-19 patients, respectively), and neither of them encouraged or required employers to make vaccination mandatory. That is something OSHA, which has existed for more than half a century, has never done before—a point that the justices emphasized during oral arguments last week and again in yesterday's decision.

"OSHA has never before imposed such a mandate," the Court notes. "Nor has Congress. Indeed, although Congress has enacted significant legislation addressing the COVID–19 pandemic, it has declined to enact any measure similar to what OSHA has promulgated here….The most noteworthy action concerning the vaccine mandate by either House of Congress has been a majority vote of the Senate disapproving the regulation on December 8, 2021."

In a joint dissent, Justices Stephen Breyer, Sonia Sotomayor, and Elena Kagan argue that OSHA's unprecedented rule is justified by the unprecedented threat that COVID-19 poses:

The Standard responds to a workplace health emergency unprecedented in the agency's history: an infectious disease that has already killed hundreds of thousands and sickened millions; that is most easily transmitted in the shared indoor spaces that are the hallmark of American working life; and that spreads mostly without regard to differences in occupation or industry. Over the past two years, COVID-19 has affected—indeed, transformed—virtually every workforce and workplace in the Nation. Employers and employees alike have recognized and responded to the special risks of transmission in work environments. It is perverse, given these circumstances, to read the Act's grant of emergency powers in the way the majority does—as constraining OSHA from addressing one of the gravest workplace hazards in the agency's history.

Even as Breyer et al. emphasize the society-wide threat posed by COVID-19, they suggest the risk is especially acute in the workplace, where employees typically gather inside for eight hours a day. That basic fact, the dissenters argue, justifies OSHA's broad approach, because the coronavirus "spreads mostly without regard to differences in occupation or industry."

The majority, by contrast, thinks such differences are legally crucial. So does OSHA, to some extent. In a nod toward the tailoring required by the statutory criteria for an ETS, the agency exempted employees who work exclusively outdoors, exclusively at home, or exclusively alone. But as the Court notes, "those exemptions are largely illusory." OSHA estimates, for example, that "only nine percent of landscapers and groundskeepers qualify as working exclusively outside." If they briefly enter an indoor space at the beginning of the workday, that is enough to trigger OSHA's vaccine-or-mask-and-test requirement. Likewise for a consultant who works remotely most of the time but visits the office occasionally.

More generally, the majority says, OSHA has failed to draw appropriate distinctions between different work situations that pose widely varying risks of virus transmission. "Although COVID-19 is a risk that occurs in many workplaces, it is not an occupational hazard in most," the Court says. "COVID–19 can and does spread at home, in schools, during sporting events, and everywhere else that people gather. That kind of universal risk is no different from the day-to-day dangers that all face from crime, air pollution, or any number of communicable diseases. Permitting OSHA to regulate the hazards of daily life—simply because most Americans have jobs and face those same risks while on the clock—would significantly expand OSHA's regulatory authority without clear congressional authorization."

The majority thinks "it is telling that OSHA, in its half century of existence, has never before adopted a broad public health regulation of this kind—addressing a threat that is untethered, in any causal sense, from the workplace." Breyer et al. note that OSHA historically has addressed hazards, such as fire, noise, and contaminated drinking water, that are not unique to the workplace. "But a vaccine mandate is strikingly unlike the workplace regulations that OSHA has typically imposed," the majority responds. "A vaccination, after all, 'cannot be undone at the end of the workday.'…Contrary to the dissent's contention, imposing a vaccine mandate on 84 million Americans in response to a worldwide pandemic is simply not 'part of what the agency was built for.'"

The majority nevertheless concedes that OSHA has the authority to address COVID-19 in certain contexts:

Where the virus poses a special danger because of the particular features of
an employee's job or workplace, targeted regulations are plainly permissible. We do not doubt, for example, that OSHA could regulate researchers who work with the COVID–19 virus. So too could OSHA regulate risks associated with working in particularly crowded or cramped environments. But the danger present in such workplaces differs in both degree and kind from the everyday risk of contracting COVID–19 that all face. OSHA's indiscriminate approach fails to account for this crucial distinction—between occupational risk and risk more generally—and accordingly the mandate takes on the character of a general public health measure, rather than an "occupational safety or health standard."

In his concurring opinion, which was joined by Justices Clarence Thomas and Samuel Alito, Gorsuch highlights the deeper issue raised by this argument about the ambit of OSHA's statutory authority. The "major questions" doctrine says Congress must "speak clearly if it wishes to assign to an agency decisions of vast 'economic and political significance.'" The nondelegation doctrine requires that Congress provide an "intelligible principle" to guide administrative agencies when they write regulations. Both of those doctrines, Gorsuch notes, aim to preserve the separation of powers by preventing the executive branch from exercising legislative powers that properly belong to Congress.

In this case, the dissenters see unelected judges improperly second-guessing the expert judgment of an executive agency that Congress has charged with protecting the nation's workers. Gorsuch, by contrast, sees bureaucrats making decisions that should be made by the people's elected representatives.

"This Court is not a public health authority," Gorsuch writes. "But it is charged with resolving disputes about which authorities possess the power to make the laws that govern us…The question before us is not how to respond to the pandemic, but who holds the power to do so. The answer is clear: Under the law as it stands today, that power rests with the States and Congress, not OSHA."

The post In the Case That Blocked OSHA's Vaccine Mandate, the Justices Disagreed About When COVID-19 Counts As a Workplace Hazard appeared first on Reason.com.