In pictures: Lebanon's capital in ruins after Beirut port explosion

Residents of the Lebanese capital have been conducting their daily lives amid apocalyptic scenes since a massive explosion at Beirut’s port tore through the city on Tuesday.

The blast on August 4 – blamed on an unsecured store of ammonium nitrate at the Beirut port – devastated entire neighbourhoods, killed more than 100 people and left up to 300,000 without homes.

It was the latest blow to a country already reeling from political, health and economic crises.

French President Emmanuel Macron arrived in Lebanon on Thursday, the first world leader in Beirut after the port blast that wreaked destruction across the capital, and called for the government to enact urgent reforms.

>> ‘Beirut is destroyed, my heart is broken’: Locals in despair over Lebanon blast

Public anger is mounting against the country's political class, which many see as bearing responsibility for the chronic mismanagement and carelessness that led to the disaster. The port of Beirut and customs office is notorious for being one of the most corrupt and lucrative institutions in Lebanon where various factions and politicians, including Hezbollah, hold sway.

Many nations have offered Lebanon aid – including France, which has long historic ties to the country and is sending urgent disaster aid. The EU will send 100 specialised firefighters to help deal with the devastation, and is ready to send additional aid as needed. 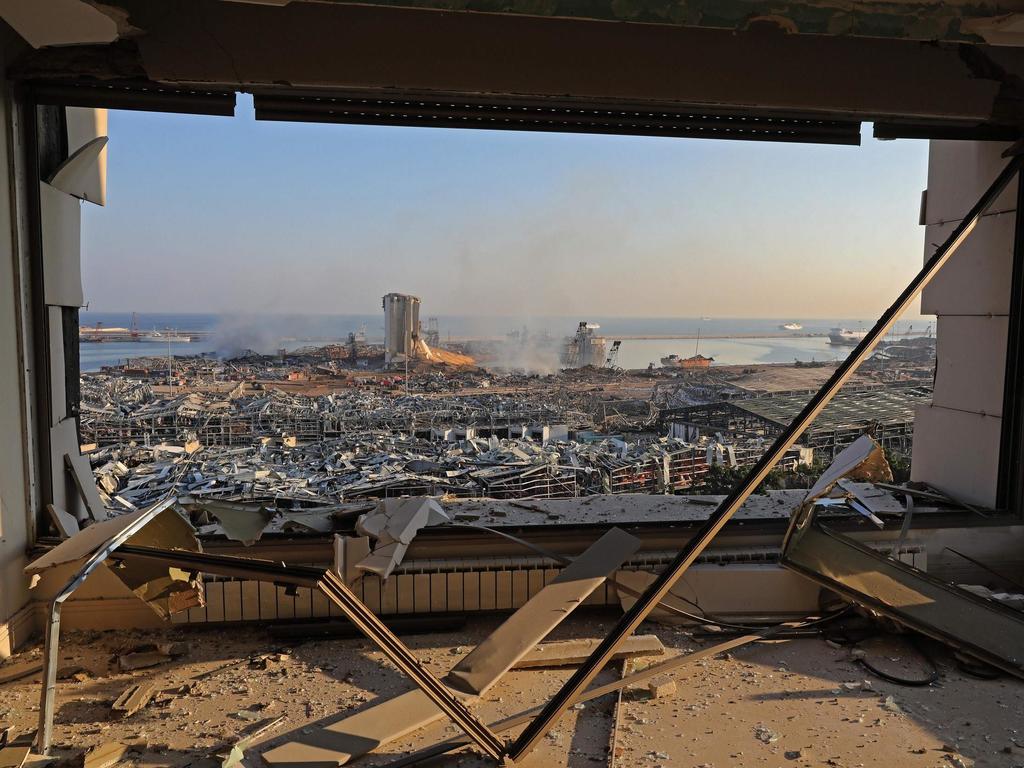 Beirut explosion: Before and after pictures show extent of damage
Death toll rises to 135 on Wednesday

The Independent UK
One subscription that gives you access to news from hundreds of sites
Beirut residents awake to scenes of devastation after deadly port explosion
Residents of Beirut awoke to a scene of utter devastation on Wednesday, a day after a massive explosion at the…