In Hungary, pope meets PM Orban, his political opposite

By Philip Pullella and Gergely Szakacs 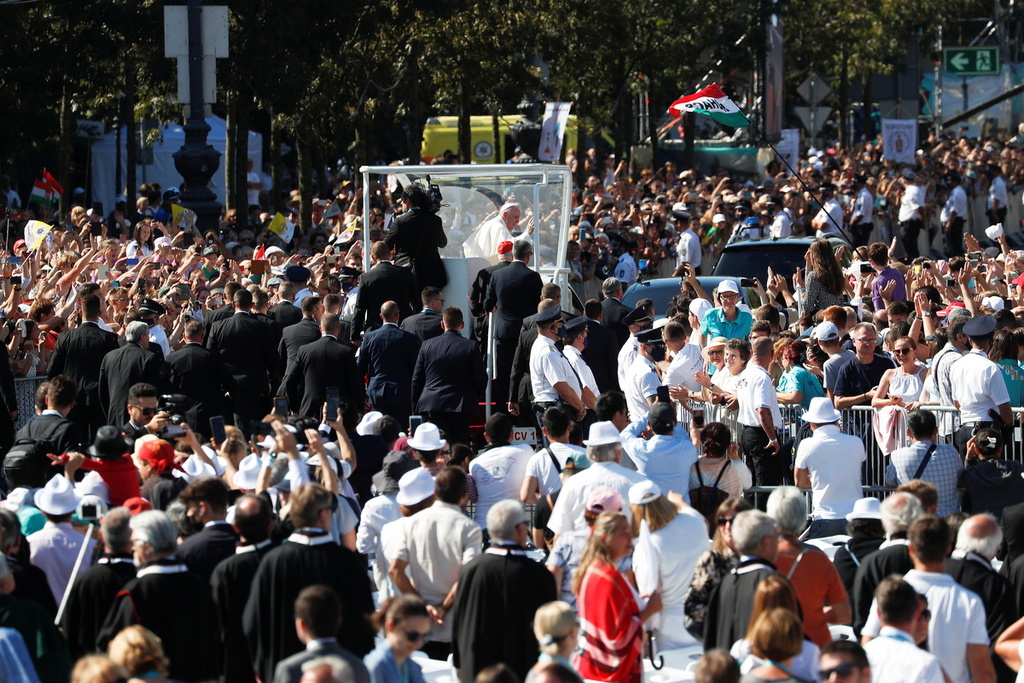 Francis, 84, who is spending only seven hours in the capital Budapest, went directly from the airport to a private meeting with Orban and President Janos Ader in the Museum of Fine Arts.

Unlike nearly every other papal trip, there was no live television coverage of the preliminary greetings or the photo opportunities that usually precede and follow such meetings.

The Vatican said the meeting, which was also attended by the Vatican's top two diplomats and a Hungarian cardinal, lasted about 40 minutes.

Orban posted a picture on his Facebook page of him shaking the pope's hand standing before Hungarian and Vatican flags, with the comment: "I asked Pope Francis not to let Christian Hungary perish." Orban has often said that Hungary's Christian identity was being threatened by Muslim immigration.

The pope is making the brief Budapest stop to say a Mass closing an international Roman Catholic meeting, known as an International Eucharist Congress.

On Sunday afternoon he moves on to Slovakia, where he will stay much longer, visiting four cities before returning to Rome on Wednesday.

The brevity of his Budapest stay has prompted diplomats and Catholic media to suggest the pope is giving priority to Slovakia, in effect snubbing Hungary.

The Vatican has called the Budapest visit a "spiritual pilgrimage". Orban’s office has said comparisons with the Slovakia leg would be "misleading".

Francis has often denounced what he sees as a resurgence of nationalist and populist movements, called for European unity, and criticised countries that try to solve the migration crisis with unilateral or isolationist actions.

By contrast, Orban told the Bled Strategic Forum in Slovenia last week the only solution to migration was for the European Union to "give all rights back to the nation state".

The pope has called for migrants to be welcomed and integrated to tackle what he has called Europe's "demographic winter". Orban said in Slovenia that today's migrants "are all Muslims" and that only "the traditional Christian family policy can help us out of that demographic crisis."

The trip is the pope's first since undergoing major surgery in July. Francis told reporters on the plane taking him to Budapest that he was "feeling fine".

He even joked with one about his baldness by comparing his head to an "airport runway," visible from afar.

"We are resuming (regular) trips, and this is very important because we can bring our words and greetings to people," Francis told reporters in a reference to COVID-19.

The pope made no trips in 2020. He went to Iraq in March. He is expected to visit Greece, Cyprus and Malta later this year and will almost certainly go to Glasgow in November for the United Nations climate change summit.