In blowout home loss to Dallas, Rockets allow 130 or more points for fourth time in 10 games 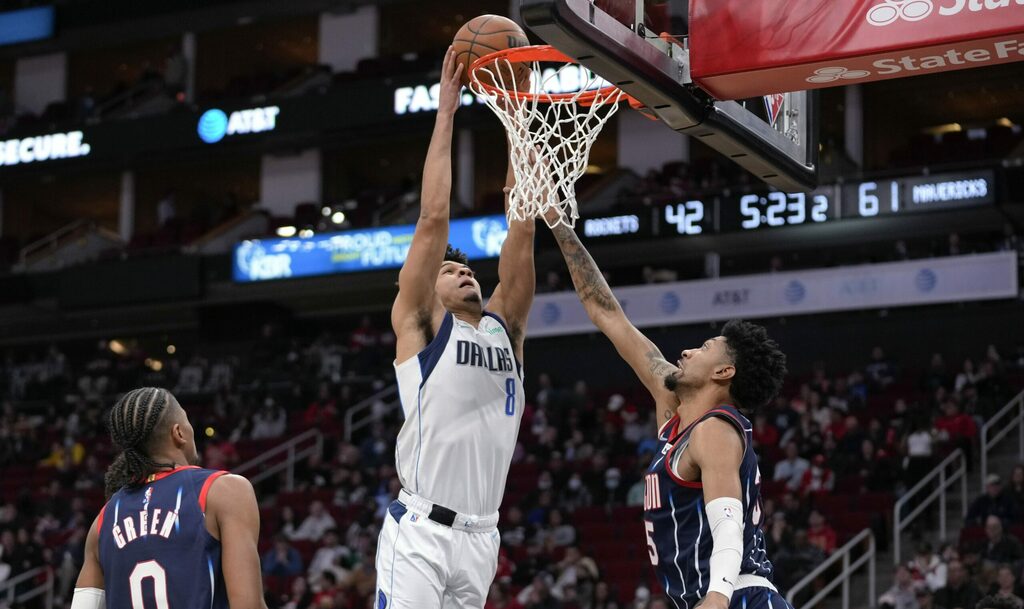 The Mavericks (21-18) won their fifth straight game with ease, even with big names like Luka Doncic (right ankle sprain) and Kristaps Porzingis (health and safety protocols) sidelined. Dallas had six players score in double figures and had a combined 67 points from its reserves.

The Rockets (11-29) had five players score in double figures and were led Friday by Christian Wood’s 20 points (61.5% FG) in 24 minutes, but Houston allowed a whopping 80 points in the first half and appeared completely uncompetitive on the defensive end. They were also crushed by Dallas in the rebounding battle by a 67-46 margin.

The Rockets have now given up 130 or more points in six games during the 2021-22 season, and four of those have come within the last 10 games. Not coincidentally, they are 1-9 in that period.

This is the sixth time the Rockets have allowed 130+ points in a game this season — four of those times have come in the last 10 games.

On offense, Jae’Sean Tate and Garrison Mathews scored 15 points apiece, while young guards Jalen Green and Kevin Porter Jr. scored 12 and 11 points, respectively, with each shooting 4-of-8 from the field (50.0%).

The Rockets will continue their three-game homestand with a visit from Minnesota on Sunday, with tipoff scheduled for 6:00 p.m. CST. Until then, scroll on for highlights and postgame reaction from Friday, with particular attention paid to Houston’s ongoing struggles on defense.