IMD predicts heavy rain over next 2 days in this state. Details here 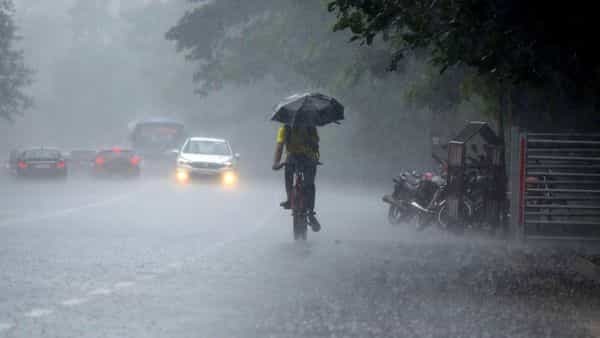 India Meteorological Department (IMD) has issued warnings of heavy to very heavy rainfall in Odisha over the next two days as a low pressure area formed over the Bay of Bengal on Saturday with chances of turning into a depression. The weatherman has advised fisherman to return to coast in view of the current weather conditions.

IMD said the low pressure area, which formed on Saturday morning, is likely to move northwest and turn into a depression over the northwest Bay of Bengal off the north Odisha-West Bengal coasts during the next 48 hours. It is then very likely to move west-northwestwards across north Odisha and north Chhattisgarh during the subsequent two to three days, the Bhubaneswar Meteorological Centre said in a release.

Due to this weather system, strong wind with speeds reaching 45-55 kmph and gusting up to 65 kmph are very likely along and off the Odisha coast over the next three days. Sea conditions will be rough.

Fishermen have been advised to return to the coast from the deep sea by Saturday night and not to venture into the sea till Tuesday, according to the local Met centre.

It issued an orange weather warning of isolated heavy to very heavy rain and extremely heavy showers at one or two places on Sunday and Monday in the state.

In the 24 hours ending at 8.30 am on Saturday there was light to moderate rainfall in most places in Odisha. There was heavy rainfall at one or two places in Khordha, Sundargarh, Bolangir and Kalahandi districts. Banapur in Khordha received 105 mm of rain during the period, followed by 90 mm at Bonaigarh in Sundargarh and 86 mm at Saintala in Balangir, according to the Met office bulletin.

There was 83 mm of rain in Madanpur Rampur in Kalahandi, while there was moderate rainfall of 60.2 mm in Ramanaguda area of Rayagada and 59.1 mm in Kakatpur in Puri district, it added.