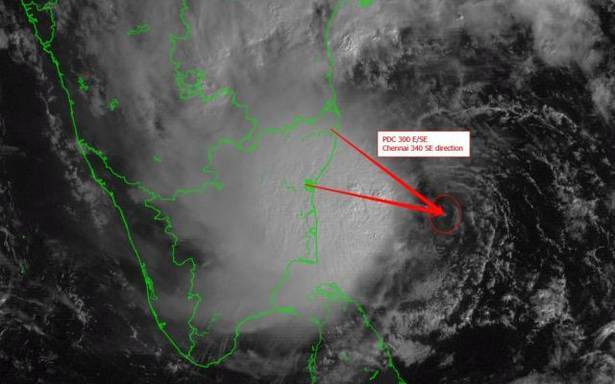 Many places in and around Chennai received moderate rains till Thursday morning. The weather system is likely to further intensify into a depression in the next 12 hours. The Meteorological department has not made changes to the red alert issued to Chennai and surrounding districts so far.

According to a bulletin issued at 8.30 a.m., the low pressure area now lies as a well marked low pressure area over southwest and adjoining west-central Bay of Bengal off north TN-south Andhra Pradesh coasts with an associated cyclonic circulation. It is likely to intensify into a depression on Thursday.

The department forecast a heavy to very heavy rain spell may occur over north Tamil Nadu particularly Chennai and neighbouring districts with extremely heavy rains at one or two places. Parts of south Tamil Nadu may experience heavy rainfall.

Officials noted that the weather system now lies 300 km east-south east of Puducherry and 340 km southeast of Chennai. There has been a delay in its movement.