If Elon Musk Goes Hostile, Twitter Is Missing A Key But Controversial Defense

Easy lie the heads that wear the corporate crowns at Meta, Alphabet and Snap, as well as Berkshire Hathaway, Ralph Lauren and the New York Times Co.

Why’s it better for the company chieftans at Meta and the others? Their firms have dual-share classes, two types of stocks designed to keep control firmly in insiders’ hands. Typically, a founder sets up these dual shares as a startup heads for the public market and that person wants to keep hanging onto power. Added bonus: The structure works well at warding off a corporate raider or some other aggrieved investor.

“It’s done by founders who really care about control and think they know best about what’s in the best interest of the company,” says Andrew Metrick, a Yale professor who has studied and written about dual shares and corporate governace.

Meta has probably one of the most extreme examples of a dual-share system. It has Class A shares, which you or I can buy, most recently for $214 a pop. For each Class A share, we get one vote. Meta also has Class B shares, which we can’t purchase. Each Class B share gets 10 votes. CEO-founder Mark Zuckerberg controls over 90% of the Class B stock through personal shareholdings and agreements with other Class B owners. Put another way: Zuck may only own about 14.5% of the common Class A shares, yet he calls all the shots without worrying about anybody else—courtesy of those Class B shares.

Twitter has none of this type of protection, and it might soon wish it did as it faces down activist pressure from Elon Musk. The billionaire Tesla CEO has taken a 9.2% stake in Twitter and turned down an offer to join its board, signaling he may chose a hostile approach toward forcing change at the company.

Even though Twitter went public in 2013 around the same time as Meta (2012) and Snap (2017), it didn’t install a dual-share class ahead of its IPO. Likely, that’s a legacy of Twitter’s tumultuous beginning. By the time it was moving toward Wall Street in 2013, it had already gone through two CEOs—founders Jack Dorsey and Ev Williams—and had passed the baton to an outsider, Dick Costolo, who’d joined from Google a couple years earlier.

As CEO, Costolo had a stake in Twitter, some 1.6% ahead of the IPO. But it was smaller than Dorsey’s 4.9% and Williams’ 12%. So neither he nor Twitter’s founding investors, such as venture capital firm Benchmark (6.7%), would’ve been eager to set up a system giving enormous power to two men who had already gotten and given up chances to run the company. (Neither Costolo, Dorsey, Williams nor Benchmark’s Peter Fenton could be reached to comment for this story.)

Further, it’s not clear Dorsey, who returned to be Twitter CEO from 2015 through November 2021, would’ve wanted dual shares. More recently, he has become a proponent for decentralization around technology companies, and in 2019, he launched Bluesky, a Twitter-funded project to study how best to decentralize some elements of social media. With Dorsey again gone from the CEO role, it has passed to Parag Agrawal, Twitter’s former chief technology officer who also ran Bluesky.

Dual-share classes are increasingly a thing. Nearly 30% of all IPOs in the 2010s featured that structure, up from around 7% during the 1990s, according to data published by Columbia Law School a year ago. Columbia’s research shows founders with these shares typically retain around 30% more voting power than their common shareholders. This so-called “wedge” is then likely enough to forestall any advances on the company, since overcoming the hurdle would be hugely expensive.

Some large money-management institutions have recently started to lobby against dual-share classes, arguing they’re undemocratic and could stifle possibly lucrative innovation. In 2017, the S&P 500 index said it wouldn’t allow any more dual-share companies to join. Legal action has been tried, too, with some small successes. Also in 2017, the California Public Employees’ Retirement System sued to stop Barry Diller and IAC from establishing a new type of stock designed to keep Diller on the throne. IAC eventually dropped the plan after the California group filed its litigation.

What’s Twitter to do if things get rough with Musk? It does have a existing defense built into the way it elects directors: on a staggered, three-year basis, ensuring the slate could never been wiped clean, ushering in an adversarial board. It might adopt a poison pill defense, which public companies have done since the raiding heyday in the 1980s. With a poison pill, Twitter would sell company stock at a discount, reducing Musk’s stake in the company but also driving down its shares’ value.

The combination of the two might be enough neutralize Elon. And resteady the crown.

The Independent UK
US pledges $1 billion more rockets, other arms for Ukraine
The Biden administration has announced another $1 billion in new military aid for Ukraine
Related Stories 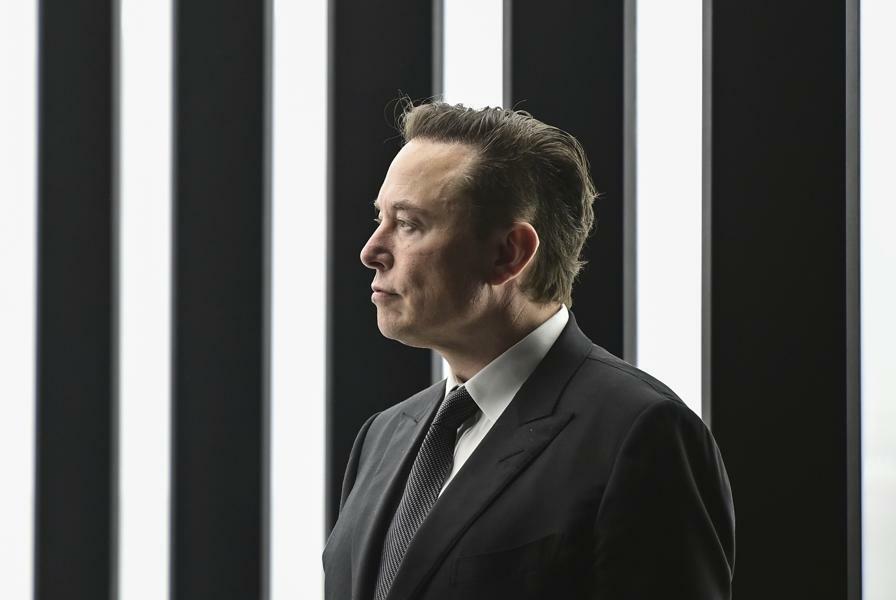 Elon Musk Is Poised For A Hostile Takeover Against Twitter
Musk has rejected a plan to join Twitter’s board, renewing the likelihood that he could launch an outside bid for…

NEW YORK: Elon Musk has made a “best and final” offer to buy Twitter Inc., saying the company has extraordinary…

Twitter Inc.’s board is considering adopting a measure that would protect the company from hostile acquisition bids, according to people…

Analysts are split on whether an acquisition looks likely or remains just a fantasy.

Elon Musk has made a “best and final” offer to buy Twitter, saying the company has extraordinary potential and he…

Al Jazeera
US President Joe Biden surveys flood damage in Kentucky
The trip is Biden’s second to Kentucky, which has been hard hit by a number of devastating natural disasters.
Our picks