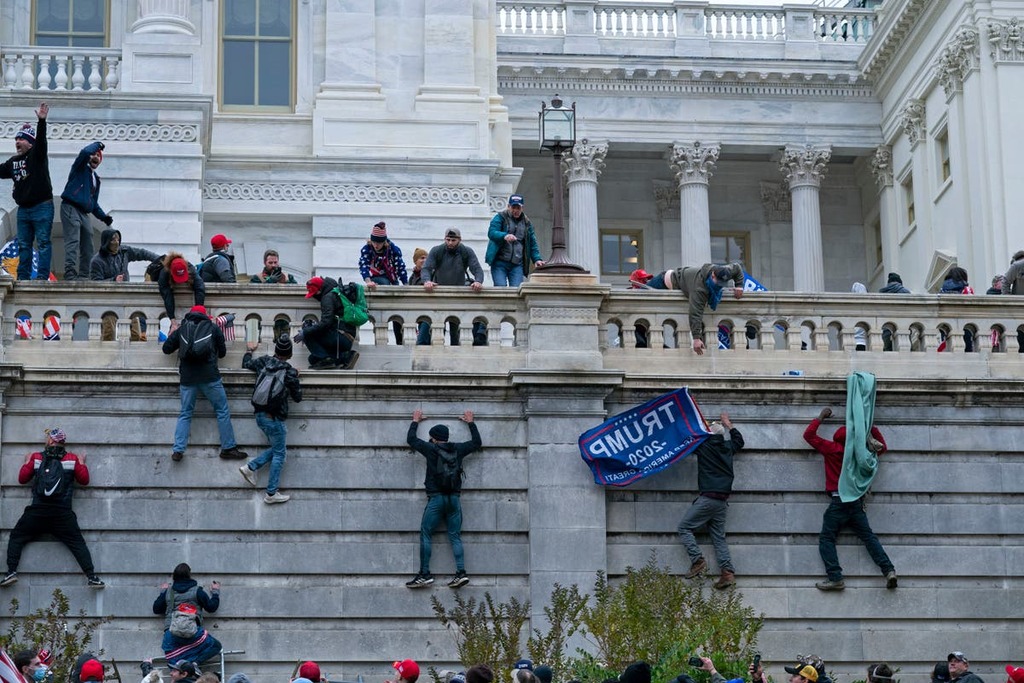 A 67-year-old man from Idaho who was accused of attacking police officers guarding the US Capitol Building during the 6 January riots has pleaded guilty on two charges.

Duke Wilson entered the guilty pleas in a federal court in Washington to criminal charges of assaulting, resisting or impeding police and to obstructing an official proceeding. Wilson was arrested on 15 April and later released on bail.

A Federal Bureau of Investigation (FBI) affidavit for Wilson's arrest said he was caught on camera entering a Capitol tunnel as rioters pushed against "law enforcement officers in an attempt to gain entry into the building". The rioters allegedly sprayed irritating liquids at police officers while pushing on their shields, the affidavit stated.

The FBI added that when officers tried to close a set of double doors, Wilson stopped them and tried to pull the door open. The accused then "picked up a several foot long white cylindrical object, believed to be a thin polyvinyl chloride (PVC) pipe" which he lifted above his head and tossed at police. He is also accused of helping other rioters pull a shield away from the officers and pushing the police to the ground.

Nearly 600 people have been arrested for participating in the riot, where supporters of former president Donald Trump stormed up Capitol Hill and clashed with police, as Congress convened a session to validate Joe Biden's presidential election victory. At least 5 people died and 100 police officers sustained injuries during or after the attack.

Last week, Jacob Chansley the so-called QAnon shaman who became the face of the riots with his horns and bearskin outfit, pleaded guilty to a felony for obstructing the official proceedings.