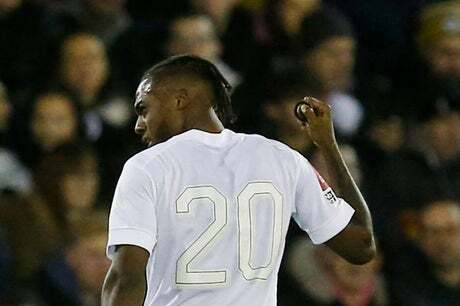 Arsenal defender Nuno Tavares left club legend Ian Wright deeply unimpressed with his reaction to being substituted during the first-half of Sunday’s defeat to Nottingham Forest.

Mikel Arteta hooked the left-back after half an hour of the 1-0 loss and Tavares responded by taking off his gloves and flinging them across the pitch. The manager later refused to publicly criticise the player.

“The disrespect he is showing at the minute is something Mikel Arteta won’t like, he shouldn’t be acting like that with the performance he put in,” Wright told ITV.

“He started very poorly with this bad back-pass, and with this one you look at his reaction. He is coming off, he’s throwing his gloves down, I think this is the wrong manager to do this with.”

Fellow pundit Roy Keane added: “Why is he upset? He must know, he is in front of the dugout, he was sloppy in everything he has done.

Kieran Tierney comes on in the first half 🔁

😡 Nuno Tavares is not happy about it at all 😳@EmiratesFACup | @Arsenal pic.twitter.com/TBFihHtK7j

“Okay, a player can make a mistake, but that sloppiness, a lot of that is down to his attitude, the way he started the game. And you can’t start a game like that, you get dragged off.”

Lewis Grabban hit the late winner for the Championship side to knock Arsenal out at the third-round stage.