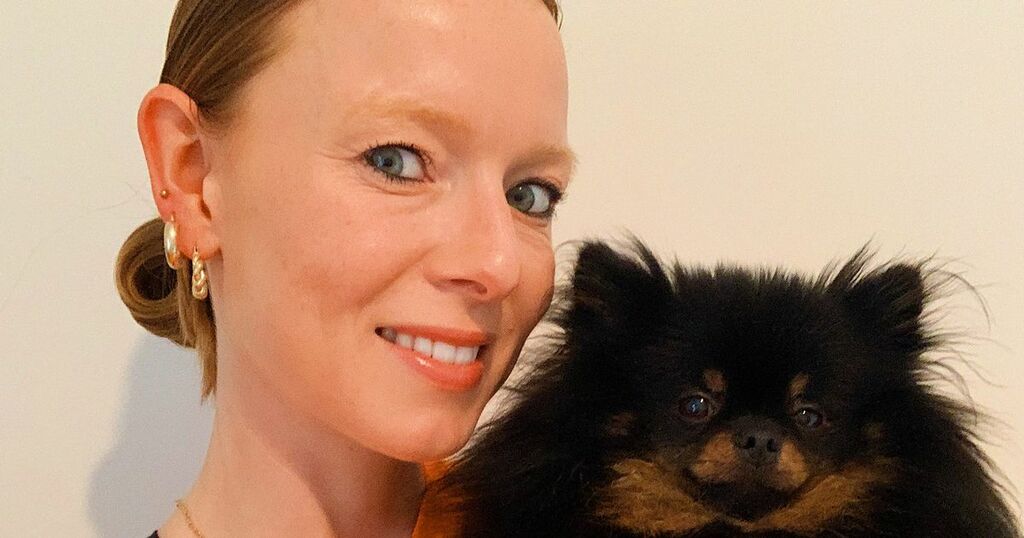 Lucy Hewitt was just 33 years old when she found a lump in her breast while washing in the shower.

An incredibly fit and healthy young woman, she didn’t have any other side effects, but the small, pill-shaped lump caused her concern.

“I never specifically checked my breasts, mainly because there’s not much to check,” she joked to The Mirror.

Unsure if what she’d felt near her sternum was muscle or something more sinister, Lucy, now 34, decided not to take any chances.

Just two days later, she had a phone appointment with her GP - but as the NHS was recovering from the second peak of the pandemic, Lucy claims it wasn’t always easy to get noticed.

Luckily, she was eventually brought in for scans, which she says gave her the results “within a matter of weeks.”

After MRIs, CT scans and biopsies, Lucy received her shocking diagnosis. She had stage 2 breast cancer which had spread to her lymph nodes.

Despite having to go into some scans alone due to covid restrictions, Lucy says she was lucky to have her partner in the consultant’s office with her when she was given the news.

Although dumbstruck by her diagnosis, determined Lucy got to work researching experimental treatments she might be able to try.

“I pushed to see if there were any trials available and there were - if you don’t ask, you don’t get,” she explained.

“I did a lot of research, speaking to friends and reading forums. I asked doctors and nurses tons of questions at every point.”

Lucy reckons her inquisitive approach to the diagnosis has helped her come to terms with having cancer and has pushed her to find remedies for the gruelling treatment she’s had to endure.

While going through chemotherapy, Lucy has modified her diet and general behaviours in line with advice from doctors and nutritionists.

Using an app called Perci Health, which connects patients to practitioners, Lucy’s had consultations that have set her on a new path - and she claims to be all the better for it.

“Six months ago, I’d have said I was really healthy - I thought I was eating well and exercising correctly, but now I’ve changed so much,” she explained.

One thing she’s been trying out while going through chemo is a type of fasting before and after a session - which involves drinking broth and juices, so she’s still getting nutrients.

Although Lucy recognises not everyone will have the same success following a nutrition plan like hers, she claims the changes she’s made have changed the game for her.

“I feel great. I had my ninth chemo session yesterday and I managed to go for a run this morning,” she said.

Lucy, who is scheduled to have 16 chemo sessions in total, has also been using a cooling cap on her scalp, which has preserved a lot of her hair.

The caps cool the temperature of the scalp which reduces blood flow to the area. In some cases, this can stop the chemotherapy drugs from affecting the hair. However, it’s only available with some chemo drugs.

“My hair has thinned a bit but I still have most of it,” Lucy said.

While Lucy continues with her treatment, she wants other young women - and anyone else who has been diagnosed with cancer - to do their own research to make sure they’re getting the very best care they can have.

“I was never going to refuse what my doctors were recommending, because they know best. But with a bit of research, we’ve tweaked the treatment plan a bit.

“Modern medicine is amazing, and ultimately that’s what will make you better. But there’s a lot of extra stuff that can help you along the way.”

She also recognises not everyone can pay for private consultations, but encourages everyone to do their own reading.

“But in the meantime, if we can’t have mammograms, we can regularly check ourselves.”

Do you have a real life story to share? Email jessica.taylor@reachplc.com

While Lucy continues her treatment, she’s using her Instagram account, @Lucy__Hewitt, to document her journey and speak to other people who are going through the same thing.

“It’s not a death sentence and we can do loads of things to help ourselves and our own bodies,” she said.

“I want to bring about more awareness and less fear.”