'I've been bed-bound for 16 years staring at a small patch of ceiling every day, in agony and unable to scream' 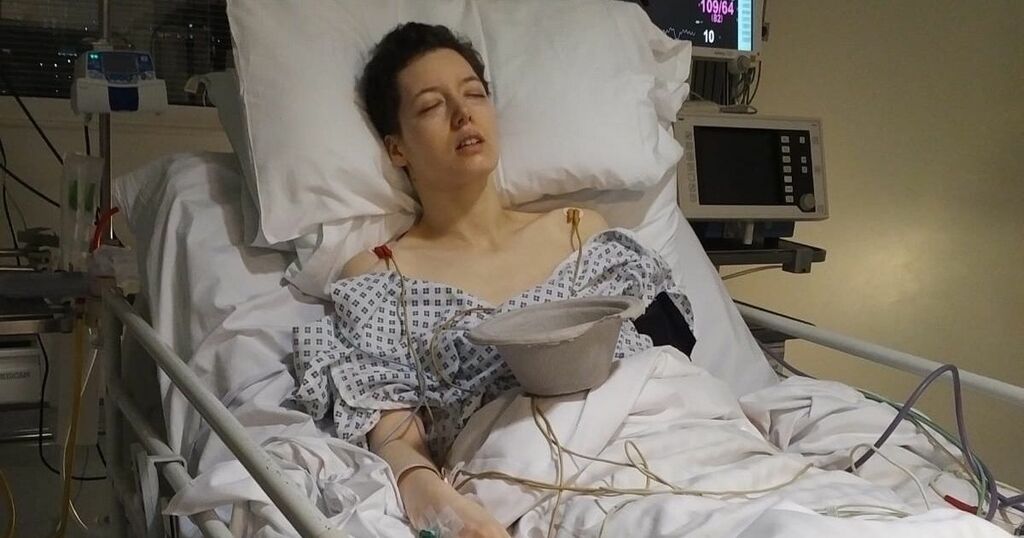 Jenny Rowbory is almost completely cut off from the rest of the world.

For most of the day she can do nothing but stare at a small patch of ceiling in her bedroom as she is unable to turn or lift her head.

Even the smallest of movements could cause her extreme pain, but she can't scream as her condition stops her from talking and breathing normally.

To make matters worse, doctors in the UK are unable to do anything about her complex condition which has left her bedbound for the past 16 years.

Read more: What it's like living with cruel and incurable motor neurone disease

The 35-year-old and her heartbroken family now need to raise an almost impossible amount of money to get her treatment from a specialist surgeon in the United States.

"I've been clinging onto life by the skin of my teeth for well over a year, trying to fundraise enough money for the three surgeries I need to have a hope of staying alive and regaining some sort of quality of life," said Jenny.

"I love my parents, brothers and nephews so very much and I desperately want to be with them for longer."

During her first year of university in 2004, gifted poet Jenny became ill with a virus that caused severe inflammation of her brain and spinal cord known as myalgic encephalomyelitis.

Then in 2015, following genetic testing, she was also diagnosed with Ehlers-Danlos syndrome, a genetic disorder which causes the body to produce faulty collagen.

"The biggest problem for me is that the faulty collagen has caused the ligaments and connective tissue in my neck to be lax, which means that it can't support the spine or skull," explained Jenny, who lives in Aberangell, Gwynedd.

"So the vertebrae and skull move around and subluxate (like dislocation); blood flow is severely reduced and causes increasing numbness."

However, in the years that followed her neck instability became life-threatening and resulted in her needing an operation in January 2020 to try to fuse her neck in place.

"Unfortunately the fusion surgery was not a success and I became a lot more disabled and it's too dangerous to move my neck or head at all," she added.

Jenny said the only neurosurgeon in the world who specialises in 'condylar screw fusion surgeries following specialised invasive bolt traction testing' for highly-complex Ehlers-Danlos syndrome patients is based in the USA.

In July 2020 Jenny and her parents set up a GoFundMe page in the hope of raising the £750,000 they need for the lifesaving surgeries. Their total currently stands at just over £75,000. To donate please go here.

Her next big fundraising venture is the publication of a book of her poems, entitled 'We Are The Winter People', which was released as an audio book, paperback and ebook on September 8.

"My only solace has been audio books," added Jenny, who was born in Ashford, Middlesex.

"The money raised by the sales of 'We Are The Winter People' will go directly towards this goal of getting to America to have the lifesaving surgeries I desperately need."

She added: "I haven't been able to move my head off my pillow since the unsuccessful fusion surgery. I can't look down, up or from side to side.

"The subluxing vertebrae have moved the neck into a structure that partially obstructs my airway and I'm always in respiratory distress as a result.

"There is nothing more any doctor in the UK can do for me. So I've been left in this condition until I can raise the money needed to be treated by the surgeon in New York."

To buy 'We Are The Winter People' and see a video of the online launch please visit www.jkrowbory.co.uk