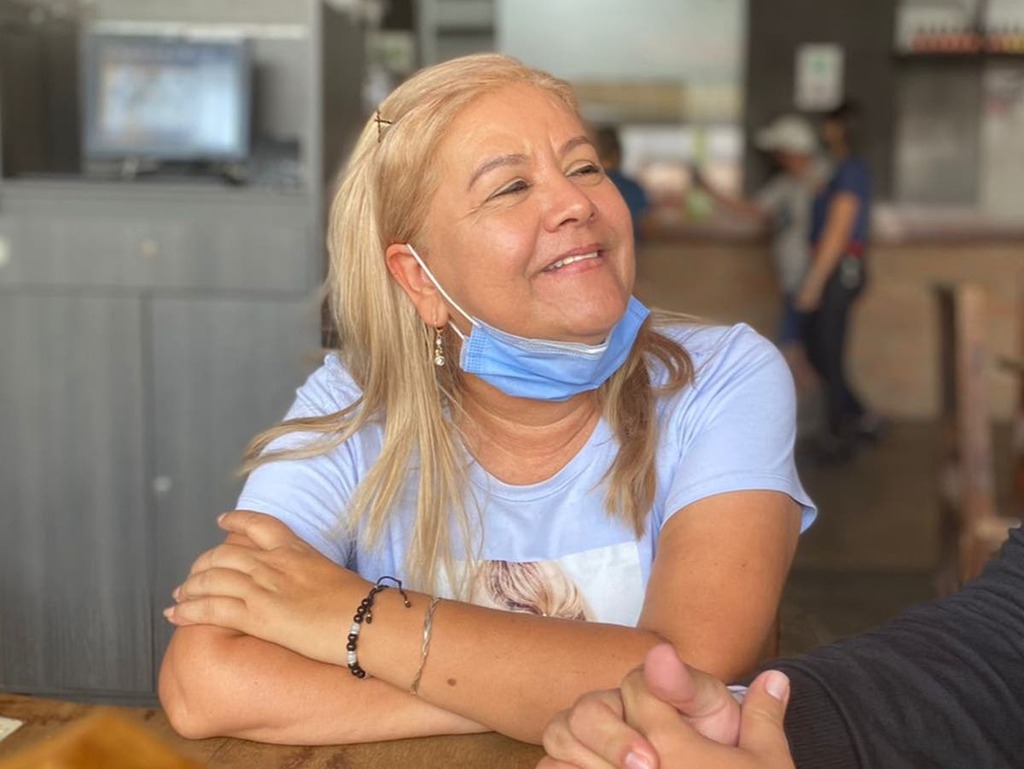 Hearing Martha Sepúlveda’s hearty belly laughs at a Medellín restaurant, she appears to be the epitome of carefree joy. She pauses between sips of beer to joke with her son, Federico Redondo, feasts on patacón – a local delicacy of fried green plantain – and envelops the establishment with her contagious joie de vivre.

Were it not for the presence of a news crew, it would appear to just be another celebration. The special occasion? Ms Sepúlveda’s impending death.

“I’m in good spirits,” she tells Noticias Caracol’s Juan David Laverde. “I’m at peace since they authorised the procedure; I laugh more, get better sleep.”

The procedure she’s referring to is euthanasia. On Sunday, the 51-year-old will be the 158th person to be euthanized in Colombia since it was legalized in 2015. Out of the group, she’ll have the distinction of being the first non-terminal patient to receive it.

Nearly three years ago, Ms Sepúlveda was diagnosed with amyotrophic lateral sclerosis (ALS), a degenerative condition also known as Lou Gehrig’s disease, that targets the nervous system, weakens muscles and severely affects mobility. Most recent stats from the Centers for Disease Control and Prevention estimate that 16,000 people in the United States have ALS. In Ms Sepúlveda’s native country, the number of cases is around 2,500. A combination of therapy and medication can help mitigate pain and discomfort, but there is no cure.

“I might be a coward, but I don’t want to suffer any longer,” Ms Sepúlveda, who’s been dependent on a wheelchair since last year says, adding that there’s no fight left in her. “I’ve literally run out of strength. Fight for what? I’m fighting to rest,” she continues, punctuating her comment with a trademark laugh. She says that though hesitant at first, her 83-year-old mother supports her decision, as do her 11 siblings.

Not everybody shares their resignation.

The Episcopal Conference of Colombia, which is composed of all the bishops from the country’s dioceses, was among the first to react. The organization called for a national prayer chain and publicly condemned the choice.

“In accordance with our deepest Christian convictions, death cannot be the therapeutic answer to pain and suffering in any case,” monsignor Francisco Antonio Ceballos Escobar said in a video statement posted to Facebook. “Death resulting from assisted suicide or euthanasia isn’t compatible with our interpretation of dignified human life, unlike the utilization of palliative care.”

During the recorded missive, the clergyman also criticized the press coverage around the case, which he called a “type of euthanasia propaganda in a country already marked by violence.”

Catholicism runs deep in Colombia, and its variant of the Roman Catholic religion is considered one of the most traditional and conservative in Latin America. A 2014 study by the Pew Research Center found that 79 per cent of the population identifies as Catholic. Currently, the nation boasts the seventh largest Catholic population in the world.

Ms Sepúlveda, a Catholic herself, considers her elective exit to be part of God’s plan.

“On a spiritual plane, I’m totally at peace,” she reiterated. “I’m a Catholic, I consider myself to be a firm believer in God, but God doesn’t want to see me or any other person in agony. No father wants to see His children suffer.”

Still, it’s proven hard to find anyone in the church to cosign her conviction. She recently went to confession, but hasn’t been able to convince a priest to preemptively perform last rites.

“They ask me why, and my answer is always the same. Because I’m suffering; because I believe in a God who doesn’t want to see me like this,” Ms Sepúlveda says. “The way I see it, God is allowing all of this… He’s rewarding me in a way, because I won’t be bedridden anymore.”

Her faith also informed her choice of day to die.

“I chose for it to be on Sunday since we all go to church that day,” she says. “Since the beginning, I’ve wanted for it to land on a Sunday and have the whole process – the cremation, handing over the remains and the eucharist to be on the same day. I don’t want a viewing, as I feel like that extends people’s anguish.”

“The most humane route”

“There’s clearly been polarisation,” Ms Sepúlveda’s attorney, Camila Jaramillo Salazar, said during a recent interview with RPP Noticias. Acknowledging the “religious commotion” attached to it, she’s thankful the case has brought the conversation of dignified death to the forefront.

Her client’s decision, she said, was not knee-jerk, and was “meditated and reflected upon for several months”.

In order to access euthanasia, she was first evaluated by a medical committee, including a clinical psychologist who ruled out depression and coercion.

“It’s the most humane route,” Ms Jaramillo Salazar insisted. “We all want to live and we all want to be healthy.”

Asked about her client’s spirits, she summed it up thusly: “She’s happy, she’s peaceful, she’s with her family and is sure that she’s making the right decision.”

It’s a decision Ms Sepúlveda’s son, Federico, has come to terms with.

“I see it as the greatest act of love I’ll ever make, because I need my mom a priori and I want her to be by my side,” the law student told Noticias Caracol. “I’m now focused on making her happy, making her laugh, having fun with her and ensuring that her stay on Earth, whatever’s left of it, is an enjoyable one.”

The 22-year-old’s latest social media posts attests as much.

On September 28, he tweeted a couple of pictures featuring him and his beaming mom.

“I’ll do anything for that smile,” he captioned the snaps.