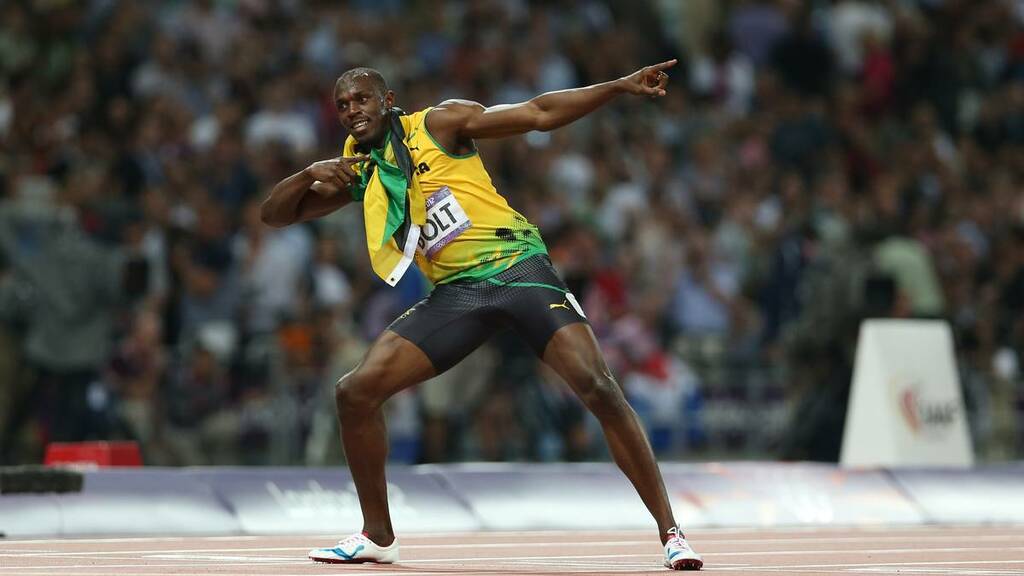 Multiple Olympic gold medal-winning sprinter Usain Bolt has revealed that his life looks very different since he retired from athletics. The legendary Jamaican is now a father of three and while he loves being a dad there are some parenting duties that he just won't do.

The 34-year-old athlete "made a deal" with partner Kasi Bennett - with whom he has 15-month-old daughter Olympia Lightning and 3-month old twins Thunder and Saint Leo - before they had kids about their care needs and he admitted he's only comfortable with some elements of nappy duty.

Bolt admitted: "I don't change poop nappies; I'm a pee guy. Anytime they poop I'm, like, 'Mum, here you go.' I made that deal before she got pregnant. 'Pee nappies, I'm the one; poo nappies, you're the one.' "

The couple have also agreed not to have any more children.

Asked if he's planning for more, Bolt told The Times newspaper: "No, we both agree that that's it."

Bolt also confessed he wasn't keen to be at the birth of his children but Bennett urged him to support her.

The sportsman credits parenthood for helping him to calm down and take life more slowly.

"[Parenthood] has made me much more patient," admits Bolt. "People always ask me why I couldn't coach [athletics]. I was, like, 'I'm not the patient type of guy.' [Becoming a father has] really calmed me down and let me know how to live at a slower pace."

Bolt hopes at least one of his children follows in his footsteps and forges a career in athletics.

"Yeah, definitely. I don't care who."

Bolt boasted: "[I'm aiming for] the highest top of top — a Grammy. That would be a big thing. So that's what we're going to work towards."