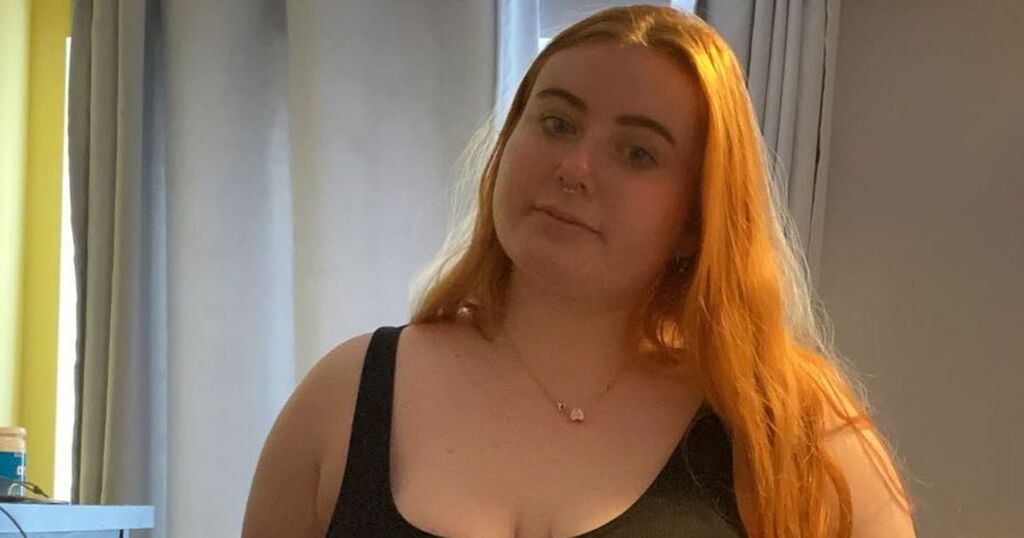 This is a very difficult thing to open up about. If you'd asked me a few weeks ago that this would be something I would be comfortable doing, I would've said no. About two months ago, after a psychiatric assessment, I was diagnosed with a condition called Acute Panic Disorder.

To put it simply, I have uncontrollable bouts of anxiety that can last for hours. It is an overwhelming sense of anxiety that stops you in your tracks and rears its ugly head in the form of physical symptoms, such as; dizziness, nausea, and heart palpitations. The latter in which makes you feel like you're on deaths door.

This is something that, in the last few months, has reduced my quality of life and has required me to do a one-eighty to learn how to live with it. Read More: The Games: Freddie Flintoff’s secret battle with bulimia

As it's Mental Health Awareness Week, I thought this would be a great time to explain my condition's effect on my life in a little more depth in an attempt to try and help people out there feel less alone. This was a huge issue for me at the time, as what I was going through seemed like something I had to juggle alone. In other words, it felt like I had no way out of the hell I was experiencing day to day.

The symptoms first started to become apparent in December 2021. I noticed that I was having repeated thoughts that got louder and louder in my head. It was a constant stream of consciousness that just underlined the severity of every single situation I was in. Going to the gym? Oh, well you might die of a heart attack. Pain in your head? That's definitely a brain tumor. The list went on and on, and it got worse and worse.

At this time I was on anti-depressants known commonly as Fluoxetine. I had been taking these for about two years with no problem. In fact, with the help of these, I felt like my anxiety was manageable. It took a back burner in my day-to-day and physical symptoms weren't at all the problem that would come to bother me shortly. So, what went wrong?

I woke up on a weekend as normal, excited for a night out with my friends. I love socialising, I always had done, and going out wasn't a foreign idea that worried me at all. Being with my friends, with the community I loved, made me feel safe and welcomed. We partied the night away, I woke up with a sore head, nothing new there. But something shifted in my mind. I seemed to be really anxious about everything, all at once. I was suddenly thinking about work deadlines weeks away and the possibility that my friends actually weren't my friends. It is as random as it sounds. I managed the daytime period of being hungover fine. I ate some carbs, I was paying the consequences of the night before.

But it wasn't the same, I got worse and worse as the day went on. I found myself literally huddled on the kitchen floor breathing irregularly with the door wide open. Despite it being December. I was boiling, or at least I felt like it. I was dizzy, my mind could only focus on one thing. I was going to die. I phoned 111 and explained what I was experiencing - heart palpitations, breathing problems and nausea, and they asked me to head down to A+E. In my head, I was sure as anything that my heart was giving up on me. I sat in the waiting area on my own crying at the thought I wouldn't see my mum or my family again. I was angry and upset that I couldn't fulfill dreams, I wouldn't be able to explore the world or get married. I was wholeheartedly convinced that my time was up.

I had ECG scans, my blood taken for any infections. The answer I received? You're fit and healthy. I was annoyed. I didn't believe them. There was no way what I was physically feeling was of a person that was 'fit and healthy'. There's no way that could be possible. I went back home, huddled on my bed with earphones in my ears to try and block out the world. If the hospital couldn't help me, who would be able to?

I felt utterly vulnerable, something which is both an embarrassing and scary feeling. As the weeks went on, I met my boyfriend. He made me feel safe, and I thought this lovely time in my life would counterbalance the darkness. In the background, I was dealing with dizziness, palpitations, vision problems, and an overwhelming sense of doom pretty much every day. I developed an issue with my jaw, which saw subconscious tensing episodes that left me in pain and discomfort.

Over the next few weeks, I upped my fluoxetine which only made my symptoms worse. I felt present, but I felt like someone was controlling my actions. I felt overwhelmed by the world, sounds, socialising, work, and I felt delirious. I began hearing voices and would have bouts of psychosis which took the form of malicious people filling my mind when I closed my eyes. As you can imagine, this left getting to sleep impossible and a scary process.

I began to self-medicate heavily. I took painkillers often, taking over-the-counter medication to knock me out in an effort to get some sleep. Without it, I knew I would not be able to function which was a scary thought to process in my head. I thought my reality was slipping between my fingers. I was feeling pain and panic that doctors couldn't help me with, and this is when I felt my mind crack.

Around March this year, I felt like I couldn't live with it. I was having delirious episodes, I had to take time off work and I was having terrifying thoughts of suicide that seemed to get more intense as the days went on. I picked up my shaver one day and I thought 'just a second of pain and it would be over'. I was lucky I had some rational thinking left in me, and I confided in my sister. I broke down. I explained everything, and she helped me by calling for emergency psychiatric assessments and a change in my medication.

It turns out that the drugs in my system were not compatible with me and my body and mind. They were doing the opposite of what was needed. I was given Diazepam for two weeks, told only to use it when it was needed. I contacted my GP who told me to try and use Sertraline as an alternative to Fluoxetine. I was worried by this, as I heard the drug had a numbing effect on people's personality. But she said something that changed everything for me.

"You've been living in a state of noise for so long, maybe the quiet can help you fall in love with life again."

I was taken back. I hadn't thought or could think, of anything like that. But it resonated with me. It turned my negative perception into one of hope and healing and is something that I won't forget for the rest of my life. Alongside the medication, I started Cognitive Behavioral Therapy (CBT). It's new to me, but it allows me to combat the daily thoughts that can still come into my mind and overwhelm me. I've had less than a handful of sessions, but it has begun the process of equipping me with the necessary steps I need to take to combat my thoughts. Sometimes I can only manage half an hour, sometimes it's longer. It all depends on how mentally strong I am on the day.

I'm not out of the woods just yet, but I am recovering. I'm beginning to enjoy my life again. I enjoy going away with my family, my boyfriend and my friends. Enjoyment out of anything was near impossible for nearly half a year. I feel like the future is bright and full of opportunity. If I can leave one piece of advice, it would be make adjustments if you need too.

At the time of writing this, I'm working at home because my anxiety has been overwhelming. Has this impacted the quality of my work? Absolutely not. Acknowledge that you are struggling and take the rest that you need. I have Acute Panic Disorder, and I'm taking one day at a time. Don't be ashamed of the demons that you may be battling with - they're in everyone.