The father of a young brother and sister who were killed by a van driver who had been drinking and had taken drugs has said his "life has been ripped apart" by the tragedy and branded his nine-year prison sentence "ridiculous".

On Saturday, February 5, four-year-old Gracie-Ann Lucas and her three-year-old brother Jayden-Lee Lucas, were travelling home from a birthday party with their mother Rhiannon Lucas and a friend when their car was hit by a van on the M4. Tragically both siblings, also known by the surname Wheaton, died within days of each other.

It was later heard in court how Martin Newman, 41, was high on drink and drugs when he smashed into the stationary vehicle on the M4 westbound carriageway between junctions 28 and 29 in Newport. Read more: Jail sentence of van driver who killed brother and sister in M4 crash to be reviewed

Newman was found by police to be more than twice the drink-driving limit after going out with colleagues the night before the crash, and had drunk 10 cans of Strongbow and taken cocaine once he returned to his hotel room. In the defendant's police interview, Newman said he was shattered during his drive back to Wales the next day, and had "nodded off" a few times.

Now the family of the siblings are appealing to have the law changed and has spoken about their grief of losing the young children and their "disgrace" at the sentencing.

Joseph Wheaton, 24, the children's father, said the crash has "ruined" him and the family. He said, "This has been the worst year of my life. From having the phone to say my kids have been in a car accident, to going into the hospital room, I looked at both of my children and it just didn’t seem right, it broke my heart."

"I saw them both in the room with all the machines on them, and it just broke my heart. That’s an image I can never forget. Knowing my daughter wouldn’t make it through the night, it hurt me."

Mr Wheaton said that they were told by doctors initially that Jayden was stable, but sadly Gracie-Ann was not stable. Gracie-Ann died the day after the crash on February 6 while Jayden-Lee died five days later.

"I blew raspberries on his belly thinking he would come around a bit and instead he farted, and I thought ‘he must be in there' because he was always a funny boy and that lifted the tension a bit.

"Before Jayden passed away we all had to have a sit-down and talk about it and switching it off and I just kept saying “no I’m not ready to let him go yet. I can’t do it. He can’t go yet, I’m not ready', he said.

"He breathed for about 10 minutes after it was taken away and that was it then. And it just snapped us all to pieces then. It has ruined us."

It was confirmed last month that Newman's sentence would be reviewed. General's Office has confirmed that an appeal to Newman's sentence has been received under the 'Unduly Lenient Sentence (ULS) scheme'. Under this scheme, members of the public can ask the Attorney General’s office to examine sentences handed down by crown courts in England and Wales within 28 days of sentencing and decide whether to refer the case to the Court of Appeal to consider.

An AGO spokesperson said: “We have received a request for this sentence to be considered under the Unduly Lenient Sentence (ULS) scheme. The Law Officers have 28 days from sentencing to consider the case and make a decision.”

“It’s ridiculous how they can only give him what, nine and a half years, and it will get split in half," said Mr Wheaton. "That man in court said ‘I just want to go and see my children’ and I thought, ‘how disrespectful, I can’t see my children', on Birthdays and Christmas I have to go up to a graveyard to see my babies."

The family are calling for Newman to be granted a life sentence for the crash. Mr Wheaton said, "if you go behind a wheel and do that, you can go behind bars. I wouldn’t wish this on my worst enemy."

Newman was sentenced to nine years and four months imprisonment. He was also disqualified from driving for 10 years with an extension of four years and eight months while he is in custody. He will be required to pass an extended driving test before being able to regain a licence. The defendant will serve half of his sentence in custody before serving the rest of the sentence on licence.

"It’s killed me, it’s absolutely snapped me in half, knowing I will never see them again," said Mr Wheaton. "The amount of times I’ve nearly said ‘how are the kids’ and it hits you,". It’s really difficult, seeing their photos, I can’t even watch videos of them because it hits me straight away. It’s so hard. Sometimes I just sit and look at their photos and think whats happened. It is really hard to expect.

During sentencing, Judge Williams said his sentencing powers were restricted by guidelines set by Parliament. He said: “This is the most serious level of dangerous driving. It involved a flagrant disregard for the rules of the road and utter disregard to danger being caused to others by your driving.

“There’s no real mitigation in this case. Any remorse you feel rather than self-pity does not affect the sentence this court must pass. You have a limited understanding of wider consequences to others affected by the collision. As this was a single incident the court is bound to impose concurrent sentences but to reflect the extent I can the totality of your offending in the sentence passed.

"We want the law to change, not just for us but for other families too so they don’t have to go through this. He should be banned for life and should be in prison for life.

"If he killed one child he would have 15 years anyway, he has killed two. It’s a life for a life. If it was murder he would have life. If it had been an accident, whatever, but he killed them because he had been drinking and taking drugs. He should never be allowed out as far as I am concerned."

Mr Lucas said that the crash has "ruined" the family's lives. "I’ll never get over it. In 20-years time I still won’t be over it," he said. “It’s been a nightmare. How it happened, all of a sudden, it’s ruined our lives. To lose them like that."

Recalling the crash he said, "I had a phone call to say they had all been in an accident and I was just crying and thinking I had to get down there. It was a terrible, terrible time

"They [the doctors] told me about Gracie Ann when I was in the hospital and I said I had to tell Rhiannon, it was my job to tell her. Rhiannon's injuries were really bad, she was trying to cwtch Gracie Ann and couldn’t do it, it was that bad.

"We had a little bit of hope that Jayden would pull through and were hoping and hoping but we did have to prepare ourselves too. If he pulled through he would have been deformed for the rest of his life. We knew a bit about how bad his injuries were but there’s the possibility that he wouldn’t be able to walk or talk." After five days Jayden was sadly taken off life support. 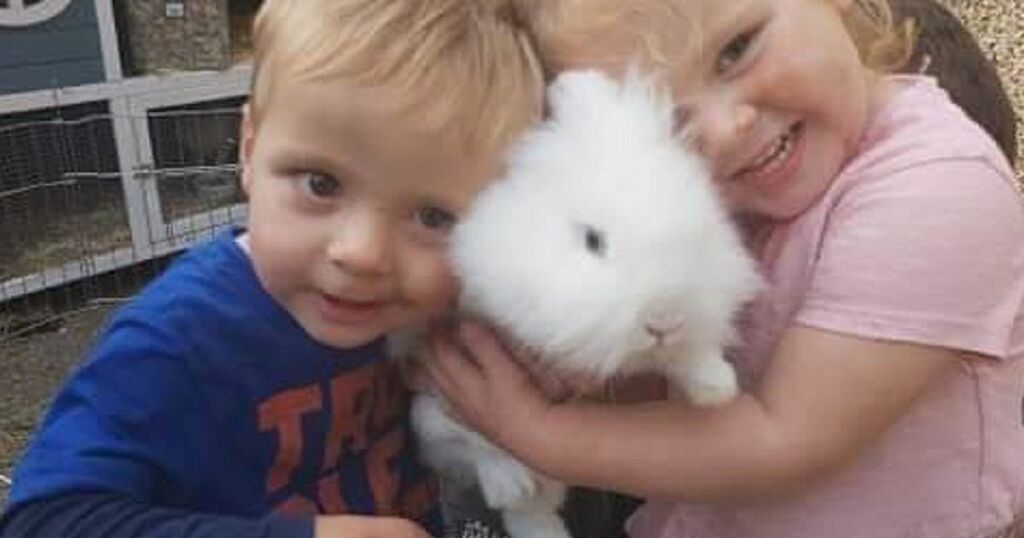 Dad slams 'ridiculous' nine-year sentence for drunk van driver who killed his children
Gracie-Ann Lucas, four, and her three-year-old brother Jayden-Lee Lucas died within days of each other after a crash on the…