'I can't believe what my own flesh and blood did to us': Family's disgust after 'perfect' daughter stole £325k from her parents and nan 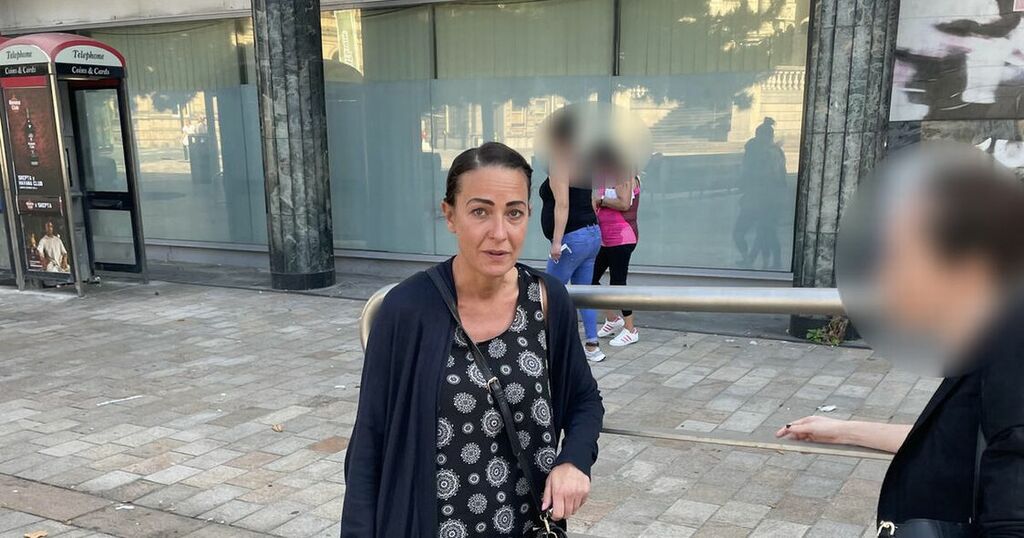 A carer 'systematically, ruthlessly and remorselessly' scammed her mum, dad, gran and a disabled woman she looked after to fund a gambling addiction.

The former bank employee used her insider knowledge to 'systematically, ruthlessly and remorselessly extract every last penny' from their accounts, a judge said.

Roughley, 39, secretly set up online access to her mum, dad and nan's bank accounts so she could withdraw cash whenever she wanted.

With their bills paid automatically by direct debit and her parents typically making cash withdrawals only when necessary, she spent years draining their life savings.

Peter Hussey, prosecuting, told Liverpool Crown Court she stole £91,437 from her dad Raymond Roughley, £158,735 belonging to her mum, Delwyn Roughley and £58,221 belonging to the estate of her grandmother, Theresa Leyland.

When issues arose, such as a card being declined or queries over missed bill deadlines, Roughley abused her parents' trust to advise them how to respond.

Her crimes only came to light in March 2020 when both parents discovered their accounts had been emptied, Mr Hussey relaying how Mr Roughley 'discovered, to his horror, the balance on his account had been reduced to zero'.

The barrister told the court Roughley took advantage of her mum and dad's "financial naivety" and added: "The defendant had manipulated her parents' bank accounts, enabling herself to use them as she pleased."

She also set up personal loans and credit cards and linked them to their accounts. Both parents have since been hounded over debts they are not responsible for.

Roughley, herself a mum-of-two, also targeted her own nan - both in life and following her death in 2019, after which she preyed on her estate even after being left £6,000 herself.

And she took advantage of access granted to the account of Jean Almond, who she helped to care and would often take her out on shopping trips.

The 39-year-old also admitted fraud by setting up a credit card in Mrs Almond's name. She used that to access £8,698.

Roughley's duplicity extended to setting up phone calls from a supposed bank employee named Gemma to regularly talk her victims through their spending and reassure them about their accounts.

No legitimate bank employee has been traced and it is suspected that Gemma was indeed Roughley.

When the thefts came to light, Mr Roughley said: "Me and my wife just cried in each other's arms thinking 'what did we do to deserve this?'... No-one can imagine what living my life has been like. I'm scared for the future, I'm scared I have to pay all this debt I haven't taken out."

He added: "I couldn't believe what my own flesh and blood had done to me... I never in a million years would have imagined Clare to be capable of this."

Recalling March 11 of last year, the moment she discovered her daughter's crimes, Mrs Roughley said: "I can't put into words how totally helpless I felt. I couldn't believe what was happening to me."

She added: "She acted like the perfect daughter. Never did I expect her to be able to deceive me as she did."

Mr Almond said: "We had believed Clare to be a valued member of Jean's care team and had a special relationship with Jean. The realisation Clare was stealing from someone as vulnerable as Jean was a body blow."

Roughley, of Newfields in St Helens, admitted four counts of theft and one count of fraud.

Jeremy Lasker, defending, said his client was previously of good character and was remorseful for her actions.

He added: "I don't put that forward as an excuse. There is no excuse for what she did. But the court should be aware how over this six year period, or thereabouts, the gambling took a complete hold of her life."

Recorder Imran Shafi, QC, described the matter as 'an extraordinary case' and Roughley as 'an accomplished fraudster'.

The judge said: "You systematically, ruthlessly and remorselessly extracted every last penny from your victims, caring not that you were destroying their lives."

Roughley was sentenced to a total of six years in jail and made the subject of restraining orders designed to protect her victims.