'I am totally numb...I've been left with nothing': Distraught dad speaks out after horror lorry crash 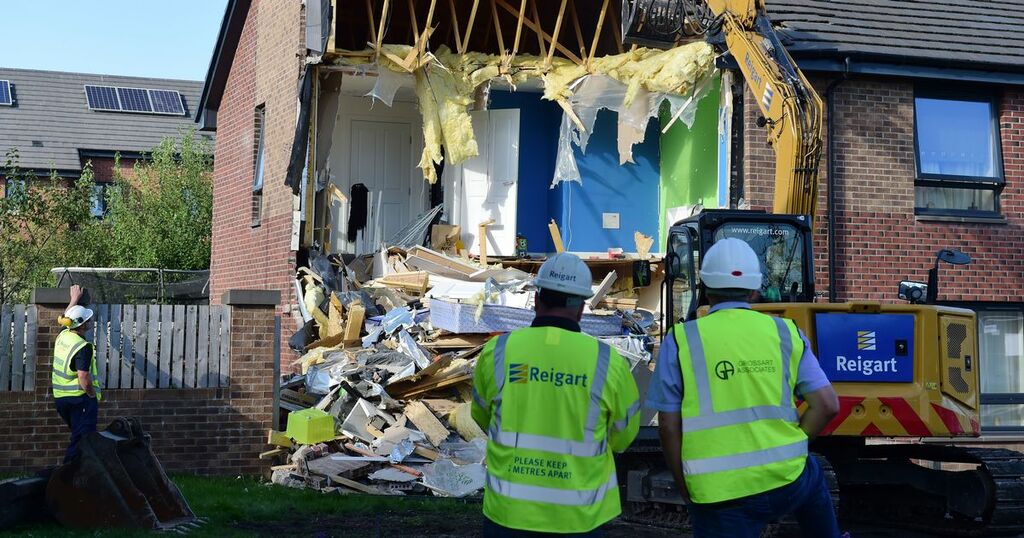 A dad left homeless after a lorry crashed into his neighbour's home has spoken of his devastation.

It comes after Lanarkshire Live revealed that two properties on Lancaster Crescent in the Nerston area of East Kilbride had to be demolished after the late-night incident.

Emergency services rushed to the street late on Monday night following reports of an incident there.

The house where a mum - named locally as Sara Cassidy - and her two young children lived was all but destroyed after a heavy goods vehicle crashed into it.

Onlookers told how the family had a miracle escape, with a neighbour helping the children clamber out a window and down a ladder, dressed in their pyjamas.

Clyde Valley Housing Association had specialist contractors on site, to safely take down the property and later confirmed that the adjoining house in the row of five terraces would also have to be demolished after workmen were pictured dismantling the roof.

Now the tenant of that property, who has asked not to be named, has told of how he and his children have been affected.

"I have been in a state of shock since it happened, I am stunned and I am numb. The fact that we are now homeless is the worst part," the man told Lanarkshire Live.

"We are devastated, we have lost our home and most of our stuff. I was meant to start a new job, which I now can't do. The more I think about it the worse I feel."

And a woman who lives in one of the other houses in the terrace added: "If my home gets knocked down I'll be so upset. I will lose four years of my memories. My old dog's last days were in that house and I have four other pets buried in the garden.

"I'm fortunate that I was able to move in with my son and it's just me and the dogs. But others have kids and will be finding it so hard. I don't know what they will do if all the houses have to come down."

A fundraiser has been set up for the mum whose home was hit by the HGV after a local man called on the community to rally round.

Bryan Dunion said he was so moved by the plight of the mum and her two children that he decided to set up a gofundme page.

A 33-year-old man appeared at Hamilton Sheriff Court yesterday in connection with the incident.

A charge of dangerous driving under the Road Traffic Act, breach of a bail condition and a charge under the Criminal Justice and Licensing (Scotland) Act 2010 s38(1) racial prejudice are also listed.

He made no plea or declaration and is due to appear back in court in the next eight days.