Hyundai Sonata, Kia Stinger, And K5 To Be Axed In The US: Report

By Adrian Padeanu
HyundaiKiaFordMazda
Listen to this article

The fact sedans are no longer popular is yesterday's news, but we are legitimately sad to hear whenever there are reports about a certain automaker pulling the plug on one of its saloons. It looks as though the Hyundai Motor Group is planning to discontinue three of them as the Sonata along with Kia's Stinger and K5 are allegedly leaving the United States in the foreseeable future.

As a matter of fact, the global Sonata is apparently facing the chopping block as it might not leave past this generation. It is believed a facelift is scheduled to arrive in the coming years and remain on sale until 2027 or 2028 when Hyundai will terminate the midsize sedan altogether. That said, Automotive News cites the South Korean marque saying it's all speculation at this point: "Sonata remains and will continue to be an important part of Hyundai's product lineup."

The first sedan to get the proverbial axe is quite likely the Stinger as production will reportedly come to an end after this quarter. Rumors about the rear-wheel-drive liftback being discontinued due to poor sales have been circulating on the Internet for years, but now it looks like it's actually about to happen. Even though it wasn't a popular car, the Stinger helped Kia boost its image and show it can make exciting cars instead of econoboxes.

Formerly known as the Optima, the K5 uses the same underpinnings as the Sonata, so it would make sense for Kia to discontinue its version as well. With crossovers and SUVs being all the rage these days, it's no wonder even more sedans are on their way out. The three would join the Ford Fusion, Buick Regal, Volkswagen Passat, and Mazda 6, just to name a few.

That said, Ford still sells the Fusion as a next-generation Mondeo in China while the Regal is available in Europe as an Opel Insignia, though the name will likely be repurposed for an SUV. Production of the global Passat has been terminated, but there will be a successor in 2023, possibly as a wagon-only model. Mazda has decided against making a next-gen 6 with the company's new RWD platform, but the current car is still available in some regions.

As for Toyota, it will bid adieu to the Avalon after the 2022 model year to join a sedan graveyard where the Impala, Cadenza, RLX, CT6, GS, Continental, MKZ, and Azera rest peacefully. 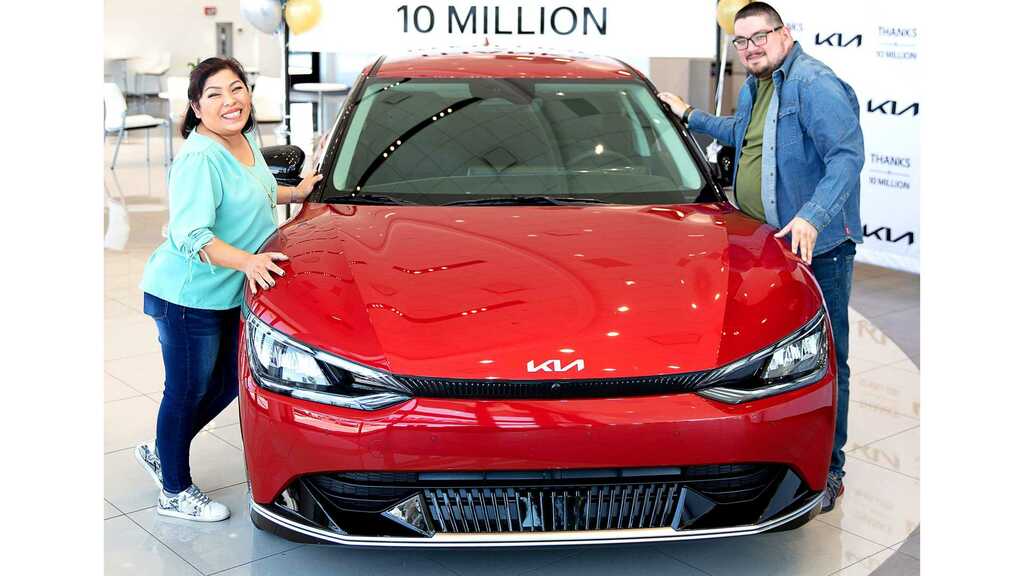 Kia Donates 10 Millionth Vehicle Sold In The United States
It's also setting aside $10,000 for non-profit organizations.

Ranking the primary Chinese automakers by sales volume offers some realizations and surprises.

The Korean automaker opened its first dealerships in the United States in 1992, selling the Sephia sedan, and now it…