Hurricane Ida drowned 11 New Yorkers in their own homes. The climate crisis is here 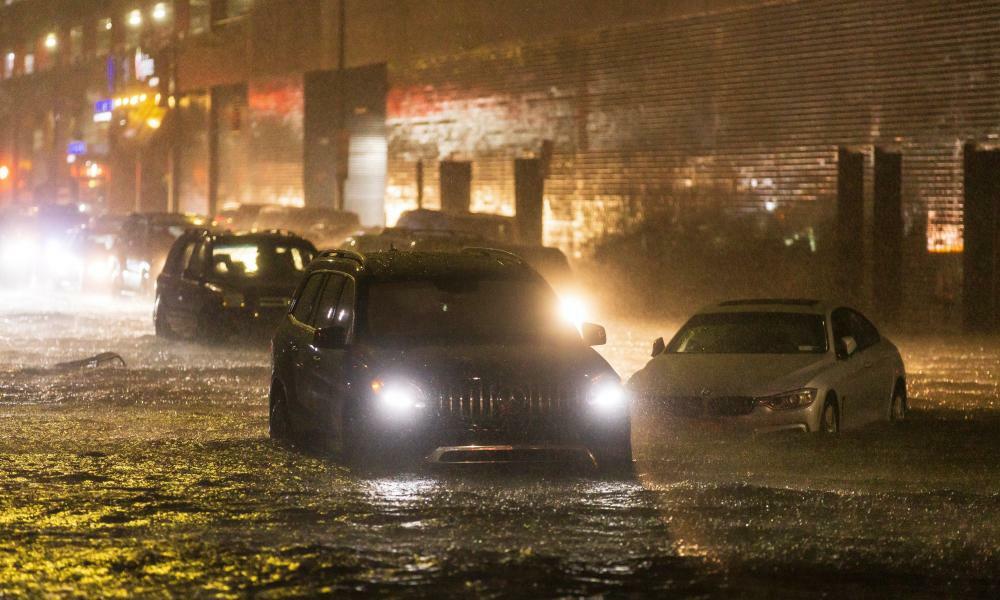 In New York City last week, more than three inches of rain fell in one hour, shattering all previous records. Busy streets and highways turned into rivers. The subway was inundated, temporarily shutting down. At least 13 people died, most of them drowning in basement apartments. The devastation brought back chilling memories of Superstorm Sandy, which flooded large swaths of the city 11 years ago.

The death and destruction that Hurricane Ida just inflicted on New York is a reminder that the climate crisis isn’t coming. It’s here. There will be more fierce hurricanes and flooding, the kind of weather events that can destabilize a society.

Ida and Sandy differed in one crucial way: the storm surge. In 2012, Sandy overwhelmed New York City’s coastlines, sending ocean water into residential neighborhoods. The worst-hit areas, like Lower Manhattan and the Rockaway peninsula, were all near rivers, bays or open seas. It was understood that protecting the coastline was critical to averting disaster. As terrible as Ida was, it did not match the destruction wrought by Sandy, a storm that knocked out power, in some areas, for weeks.

Yet Ida did reveal another troubling reality. It will not be enough, in the future, to build seawalls or secure the coastlines. The threat doesn’t just come from ocean water. Ida dumped tremendous amounts of rainfall in a short amount of time that flooded inland neighborhoods. Some neighborhoods that were left relatively unscathed during Sandy found, instead, a bewildering amount of flooding when Ida passed through New York City.

This is not necessarily a problem unique to New York. Any urban area can experience pluvial flooding, the sort caused by rainfall. Cities are filled with impervious surfaces like concrete that force water to run downhill rather than sink into the ground, as it would with grasslands and forests. If water has nowhere else to go – as frightening as underground subway flooding is, some of it is inevitable – it will pool and collect, leading to the flooding witnessed last week.

City planners have been aware of this threat and have been working, since Sandy, to better engineer neighborhoods to handle extreme rainfall. Green roofs and rain gardens can make a difference, as well as floodable park walkways. One resiliency plan designed a basketball court that can hold water during a flood.

The problem, of course, is that climate change is moving too quickly. New York, like other large cities, will need to aggressively prioritize storm resiliency in the coming years, pouring tens or hundreds of billions of dollars into redesigning the city itself to capture flood water almost everywhere. It is not enough for neighborhoods to be above sea level. Ida-level downpours won’t spare them.

In the meantime, New Yorkers will have to learn to live with this reality and hope for as little extreme weather as possible. Mayor Bill de Blasio has promised to force evacuations from basement and cellar apartments if dangerous rainfall is forecasted. Though many of these precarious apartments are illegal, in violation of housing codes, there are potentially hundreds of thousands of New Yorkers living in them. The city should encourage tenants of these apartments to permanently relocate to safer ones by offering them housing vouchers. New York did not do nearly enough to incentivize residents in vulnerable coastline areas to move after Sandy. We can’t make the same mistake again. The New Yorkers who live in these substandard apartments – most of them poor, immigrants and people of color – are now on the frontlines of climate change.

As terrifying as all of this is, a better future is possible if local leaders take serious action while persuading the federal government to pump far more money into resiliency projects. This will have to be done as New York struggles to meet the lofty environmental goals set by climate activists and local leadership, like carbon-free electricity by 2040. The Green New Deal, or many elements of it, will have to be implemented. With the right amount of preparation, the next decades don’t have to be as tumultuous or as deadly.