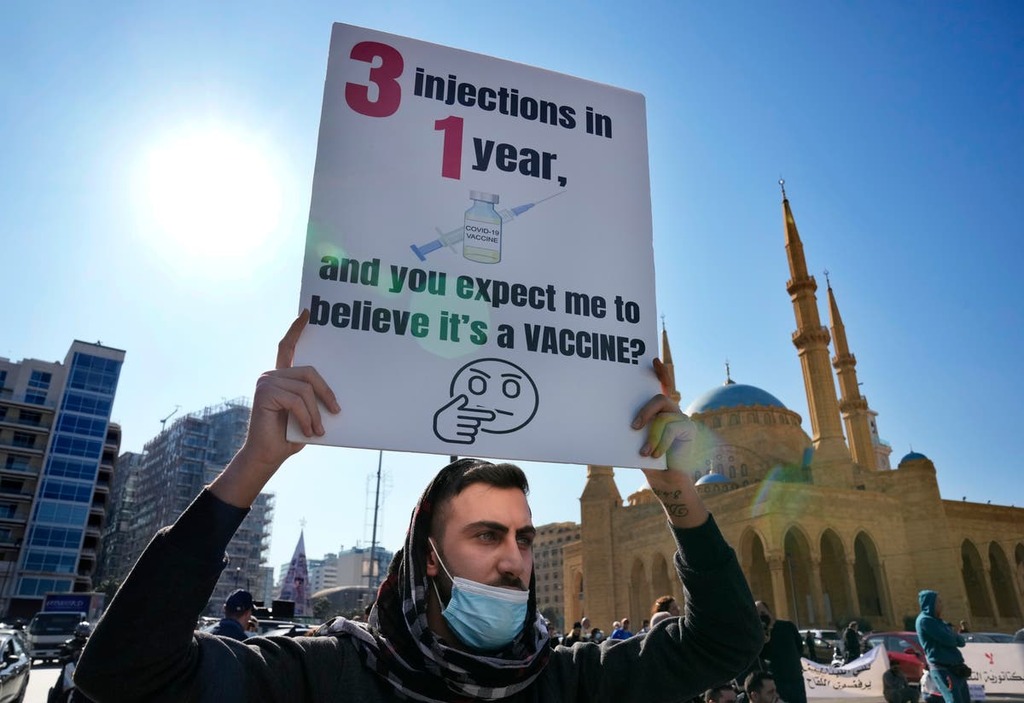 Hundreds of people rallied in Beirut on Saturday to protest measures imposed against the unvaccinated, saying individuals should have the right to decide whether to be inoculated or not.

Saturday’s protest by nearly 300 people in downtown Beirut came a day after the daily number of new cornoavirus cases hit a record 7,974.

The protest came days after authorities imposed fresh restrictions — including the requirement of a vaccination certificate or negative PCR test for entry into restaurants, hotels and similar venues.

“No to the dictatorship of vaccination,” read one banner carried by protesters.

Lebanon, with has a population of six million including a million Syrian refugees, has registered more than 760,000 cases and 9,250 deaths since discovering its first COVID-19 case in February 2020.