Huge skyscraper taller than the Beetham Tower coming to Salford 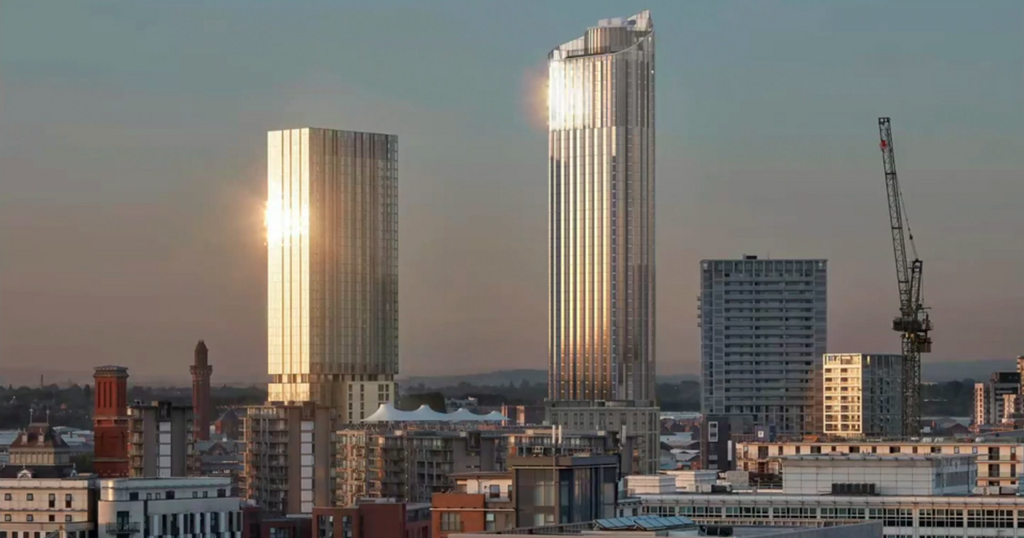 The construction of a 55-storey skyscraper in Salford – which would be one of the UK's tallest towers outside of London – is set to start in the coming weeks.

Revised plans for the One Heritage Tower in Greengate, which was originally approved in January 2020, have been given the go ahead by Salford council.

At 173 metres, the residential tower with 542 flats would be the tallest building in Salford and the second tallest in the region, just beating the Beetham Tower.

READ MORE: 9 in 10 of ALL new homes built in Salford last year were flats in just ONE area

Salford council's planning panel approved amendments to the scheme which are aimed at reducing building costs for the developer at a meeting this week.

One Heritage chief executive officer Jason Upton told the panel at a meeting on Thursday (October 7) that work should start on site in the coming weeks.

He said: "We remain committed to the delivery of this hugely exciting project which will make a significant contribution to the regeneration objectives outlined in the latest Greengate regeneration strategy."

The developer described the changes to the plans as 'relatively minor', but said that cumulatively, they would make the project economically viable.

A total of 542 apartments are proposed in the revised scheme - three fewer than previously approved - around half of which would be two-bedroom flats.

Fewer one-bedroom apartments are in the amended plans - down from 264 to 243 - but the number of three-bedroom flats remains roughly the same at 23.

Some changes to the structural core of the building were also approved, including a reduction in the number of basements levels from three to one.

The building would still boast a bar and lounge for residents alongside a co-working space, meeting room, cinema room, library and a two-storey gym.

The number of car parking spaces has been cut from 62 to 24 – but there would be cycle storage in the basement to accommodate 178 bicycles.

A 14-storey tower known as the 'Shoulder' building which is also part of the plans will no longer feature balconies facing the former market cross site.

The developer has agreed to contribute £2.5m towards public realm projects in the area including the future Market Cross scheme and a riverside walkway.

Upton, who described the last 18 months as 'very challenging', said the scheme has been 'constantly refined' to make sure it remains deliverable.

Labour councillor Mike McCusker, who is the lead member for planning and sustainable development at Salford council, supported the revised scheme.

He said: "This is an improvement on the original one which we already passed.

"This will be a significant building on our skyline looking over to Manchester."

But Conservative councillor Bob Clarke was less complimentary. He said: "At least it's not square. But unfortunately it's yet another blot on the landscape."

The planning panel approved the amendments to the scheme with all members except for Coun Clarke voting in favour of the application.