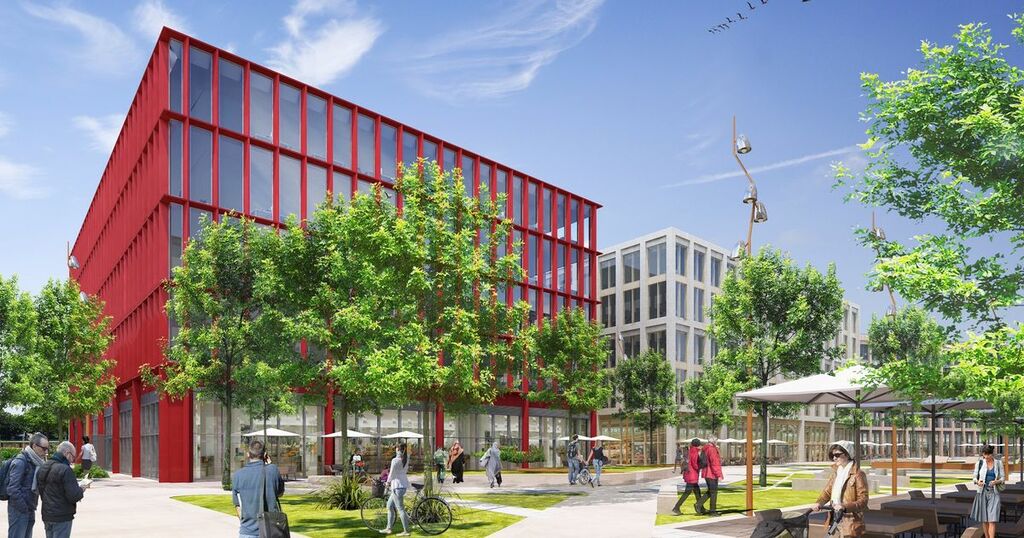 Bold plans to overhaul Birkenhead have been given a massive boost, after the programme’s first project was approved.

The Wirral Growth Company (WGC), a 50/50 partnership between Wirral Council and Muse Developments, has been given planning permission for two top quality office developments at the former Milton Pavements site in Birkenhead.

The office space is just the first part of WGC’s plans for the town, with a permanent site for Birkenhead Market, new food and drink outlets and 651 homes set to go ahead in later phases.

READ MORE: Mum spots unwelcome change to her house on Homes Under the Hammer

The offices themselves will be five storeys tall and rank among the best in the country for broadband and telecoms quality.

One of them will be occupied by Wirral Council, with 800 members of staff working from it, while the second will be available to let on the open market, something WGC says is needed to help local businesses grow and tackle the shortage of ‘Grade-A’ office space in the Liverpool City Region.

In total, the two buildings will create 150,000 square feet of office space at the heart of Wirral’s biggest town and become the first part of the commercial quarter, which will expand with leisure services and residential developments over time.

The commercial quarter will also feature new adaptable spaces suitable for events and pop-up activities, which WGC hopes will boost the town's economy.

Cllr Tony Jones, chair of Wirral Council’s Economy, Regeneration and Development Committee, said: “The development of a new commercial district in the centre of Birkenhead is a vital part of changing the way that people use the town centre.

“Over £50m has been secured towards major regeneration in Birkenhead through the Town Deal and Future High Street Fund, which will transform the town over the coming years.

“Construction starting on these two buildings will be a significant and very visible step towards making that change happen and clearly demonstrates Wirral’s further commitment to its continued regeneration programme.”

Jonathan Ashcroft, project director at Muse Developments, said: “These two new office developments will anchor our wider plans for the town, and we’re excited to have reached this crucial milestone so that we can begin to progress on site.

“We know from experience the impact that a successful office development can have on a town.

“As more businesses, and most importantly people, gravitate to the space, it acts as a catalyst for further investment and regeneration, resulting in a destination that people enjoy spending time in.

“That’s our vision for Birkenhead too and we look forward to seeing those plans now start to come to fruition.”