How to write about broken trust in a memoir? Janine Mikosza’s Homesickness maps trauma in bold new ways

[…] what would it mean if you moved from house to house regularly? What would that do to your idea of yourself? How does it construct or alter the space inside you, your internal floor plan?

I am accustomed to reading difficult things. I affectionately refer to my research as “morbid” and I have indeed read many heartbreaking, dark books.

Despite my familiarity with the subject matter of trauma memoirs, Janine Mikosza’s Homesickness caught me off guard. For want of a less romantic phrase, it swept me off my feet. Her approach to writing trauma while processing trauma is revolutionary.

By revisiting the many homes she lived in during childhood, Mikosza maps the floor-plan of trauma (literally and figuratively) and unearths myriad truths about home, identity and loss.

In an opening passage of Homesickness, Mikosza writes:

I’m afraid of everything, she says […] Nah, that’s a lie, she goes on. I’ve never been scared of driving fast on a gravel road, riding a runaway horse, losing my sense of direction in an unfamiliar city, swimming in an ocean at king tide, helping someone out in a crisis. But the rest of my fear is as real as it was when I was eight years old.

Mikosza moves through fear: afraid of everything, then not, then afraid once more. And all of it – though contradictory – is true.

This is the thread that runs through Mikosza’s account of displacement, childhood abuse, pain and healing. Trauma causes contradictions in memory and identity but, paradoxically, truth lies within those contradictions.

Homesickness is a kind of scrapbook or dossier, where Mikosza compiles materials of grief and trauma. As well as integrating the works of other writers, artists, and performers (a cacophony of creative voices is heard throughout), she inserts her own art and previous writing.

Mikosza’s validating material is more haphazard. She includes drawings and fragments she has written on napkins, post-it notes and receipts. These flutter through her life, and the book. Rather than evidence of a legal kind, Mikosza’s material validates the creative self and its persistence through (and beyond) trauma.

Mikosza and visual artist Stephanie Jones prompted the general public to draw their own homes from memory in The Share House Project.

The project encouraged people to map their memories in hallways, rooms and front verandahs. Mikosza develops this idea in Homesickness. Each chapter is assigned a room; each room contains not only writing but art, materials and intertextual references that convey a sense of trauma’s complex, non-linear pathways through spaces as well as bodies.

Conversations with friends (and selves)

The narration in Homesickness is unlike any memoir I have read. From the first sentence, Mikosza presents her memories as a dialogue between two people: an interviewer and a memoirist. Both are Mikosza.

Framing her memoir as a conversation between two people, who are two aspects of the same self, places Mikosza’s readers at arm’s length. The precise nature of the trauma she suffered is also left deliberately vague. Only late in the book does she hint at the identity of perpetrator and extent of the abuse. At times, Mikosza suggests this approach stems from coping strategies formed in childhood. The distancing technique acts as a form of protection.

Mikosza does not owe a direct confession to any audience, and self-protection when writing such a work is paramount. As she states near the beginning of the book,

if whatever I end up writing is labelled a memoir, there’ll always be someone […] extracting, wanting more, more, more terrible details.

She goes on to reflect,

I guess it’s hard to find a form that captures the sense of what it’s like?

As the memoir unfurls, inch by inch, we are privy to the construction of the story as it occurs; the “realness” of the story is built within the “unrealness” of the perspective. Mikosza trusts her readers by presenting them with this perspective, and readers who trust her are rewarded with a layered, interrogative and exploratory experience.

Read more: What is complex PTSD and how does it relate to past abuse and trauma?

The tangle of trauma, trust and truth

All memoir is about trust in one form or another, but trauma memoir even more so. These memoirs are often about broken trust – trust which has been abused or misappropriated.

The very notion of trust in a story of trauma is, therefore, fraught even before an audience for the work exists. Yet memoirists strive for trust and truth; readers not only expect but require these things. Phillipe Lejeune has called this the “autobiographical pact”.

In her book, The Situation and the Story, Vivian Gornick suggests that truth can be “achieved” when readers see writers “working hard to engage with the experience at hand”.

However, trauma in childhood can change how memories are formed and retained and grief can alter our sense of time and identity. Additionally, retelling these events can be re-traumatising. Trauma memoirists often have to work within the scattering nature of trauma in order to construct their own versions of truth.

Mikosza guides us through “her” truth, which is not necessarily an easy task. She battles with herself over what she can say, what she really remembers, and what the construction of memory might look like on paper, as opposed to in her mind.

At times, she acknowledges the gaps in her memory and intentionally obscures information. For example, there are rooms in the floor plans without labels, clearly belonging to a person or people whose existence is being avoided.

Mikosza changes names and places, drawing attention to the way these acts of concealment are about protecting herself and others. When she mentions a photograph she doesn’t want to include, she states:

Some things can remain your own and don’t have to be shared.

In crafting her own version of truth, Mikosza both subverts reader expectations and complies with them. She acknowledges that disclosure can (and must) be led by the individual when it comes to traumatic memory. As she writes near the beginning of Homesickness:

we are complex, irrational beings who remember and forget, are filled with contradictions, and get stuck in our own problems. But we also have an incredible ability to transform ourselves. To survive.

Read more: More than half of Australians will experience trauma, most before they turn 17. We need to talk about it

I often joke to my nearest and dearest that writing a book about my grief wasn’t therapy, but it sent me to therapy. Mikosza makes this distinction too:

Art is not therapy […] Storytelling’s different from telling your truth.

But she goes on to propose that “together they can transform into something else entirely”.

This transformative relationship between truth and storytelling shines through in Homesickness. Mikosza’s approach is not only brave; it is giving, and vitally important.

I have written previously about how trauma memoirs written by Australian women are “a valuable (and intimate) contribution to the conversation about trauma and sexual abuse”.

Mikosza’s form-bending, exploratory memoir, epitomises this, and will undoubtedly map the way for other writers.

Marina Deller does not work for, consult, own shares in or receive funding from any company or organisation that would benefit from this article, and has disclosed no relevant affiliations beyond their academic appointment. 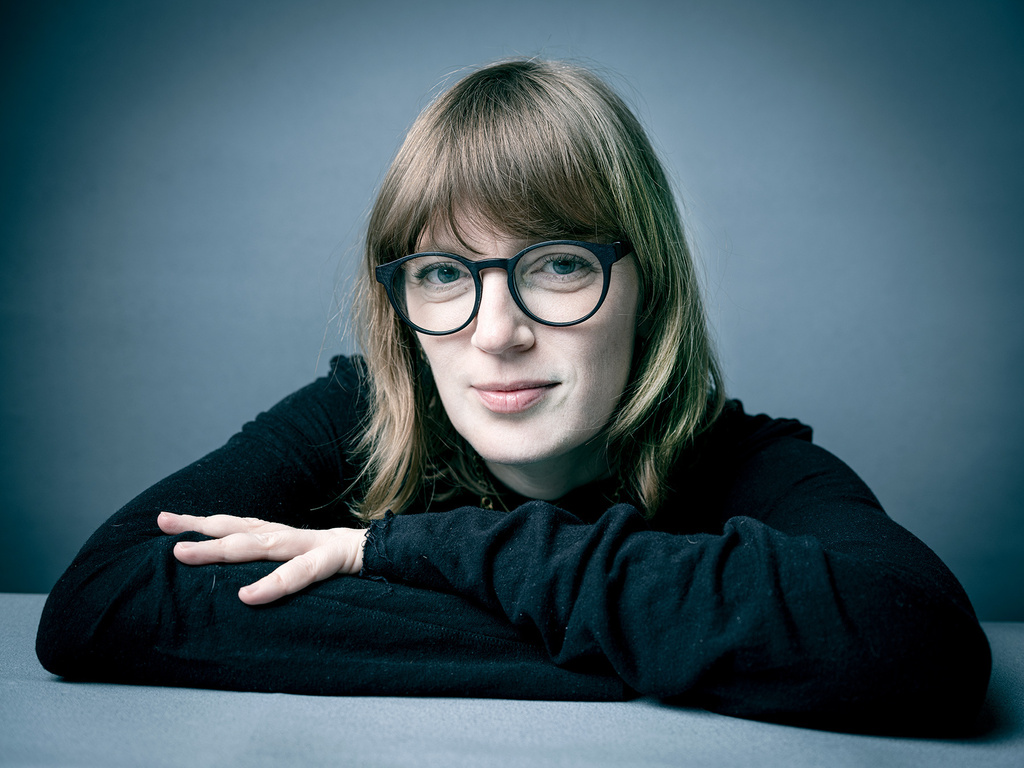 Who Does Sarah Polley Think She Is?
She first gained fame as a child actor. The writer and director has been confronting the traumas of these early…

Artist, writer and educator Safdar Ahmed has won Book of the Year and the Multicultural NSW Award at the NSW…

ABC News
Abi Morgan: ‘The Split is filled with a lot of the pain I’ve been through’