How to watch Emma Raducanu vs Maria Sakkari? TV information for US Open semi-final 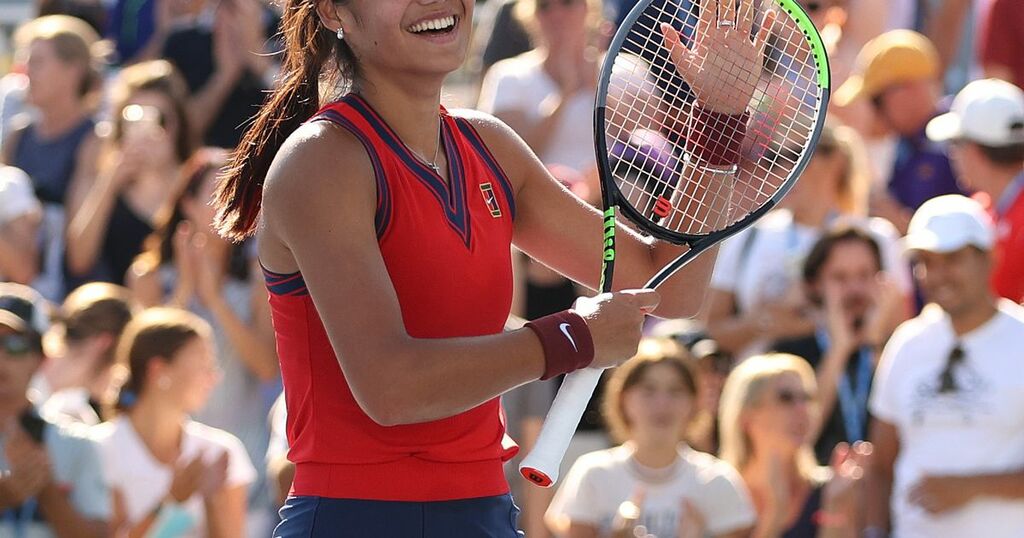 Emma Raducanu's very own fairy tale of New York continued as the British teenage star reached the semi-finals of the US Open.

The 18-year-old, who had to come through three qualifying matches just to be in the main draw at Flushing Meadows, produced another sensational display to stun Olympic champion Belinda Bencic 6-3 6-4.

It's only her second Grand Slam event after reaching the fourth round of Wimbledon this summer, and now only Greece's Maria Sakkari stands in the way of Raducanu becoming the first British woman to reach a US Open final since Virginia Wade in 1968.

Sakkari, 26, is ranked 18th in the world and was seeded 17th for this event. She reached the semi-finals of the French Open this year but is yet to reach a major final.

And the teenager is unlikely to be fazed by facing a higher ranked opponent, having not dropped a set in her wins thus far over Stefanie Voegele, Shuai Zhang, Sara Sorribes Tormo, Shelby Rogers, and Bencic.

When is Raducanu's semi-final and what time does it start?

The semi-final between Raducanu and Sakkari will follow the other semi-final between Leylah Fernandez and Aryna Sabalenka, which will start at 12am BST (7pm in New York) at the Arthur Ashe Stadium. It's worth noting that teenage star Fernandez’s last three matches have all gone to three sets and have lasted at least two hours.

Will Raducanu reach the US Open final? Let us know in the comments section.

The tournament is being broadcast live on Amazon Prime Video in the UK.

And there is also hope for tennis fans who aren't yet Prime subscribers. They can visit www.amazonprime.com to learn how they can sign up for a free 30-day trial.

Is there anywhere else I can watch it other than on Amazon Prime?

No. In April 2018, Amazon struck a five-year deal said to be worth $40m (£30m) for the exclusive UK TV rights to the US Open tennis tournament.

Can I listen to the game live on the radio?

BBC 5 Live Sports Extra will be broadcasting live coverage of both semi-finals from Flushing Meadows. The programme starts at midnight UK time.