How To Cash In Betting Tyson Fury Vs. Deontay Wilder 3: Four Bets Where Oddsmakers Provide Value 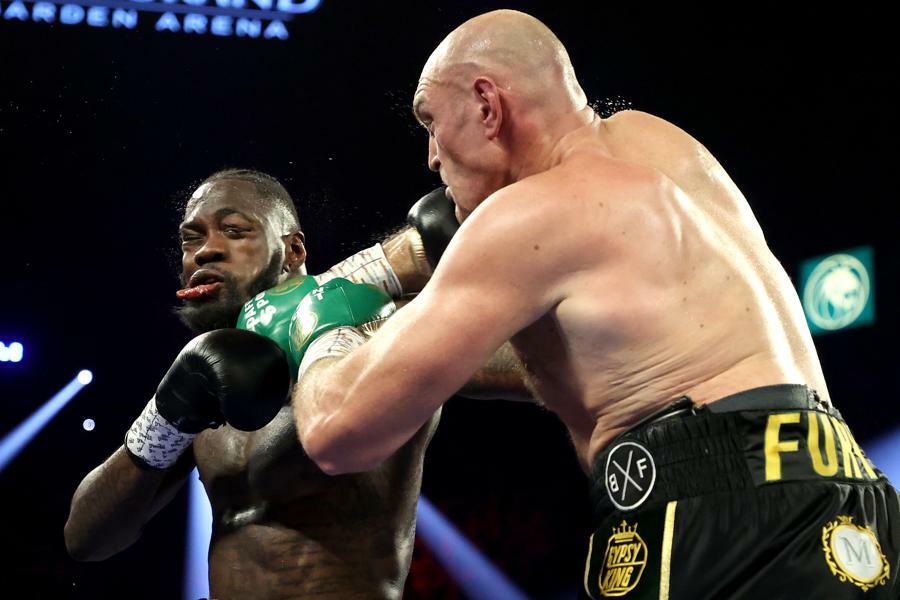 Tyson Fury and Deontay Wilder will fight on Saturday, October 9 in Las Vegas for the third time since they first met in 2018. The oddsmakers provide strong value for sports bettors to turn a profit betting on this WBC heavyweight world title fight taking place at the T-Mobile Arena.

Before I get into my preview and picks, handicapper Mystic Zach of iPickwins posted his big pick for tonight from Vegas.

Tyson Fury and Deontay Wilder will meet each other for the third time to put a bow on what has thus far been two very exciting and vastly different heavyweight world title fights. The first fight between Fury and Wilder was a draw in 2018, followed by a decisive Fury victory in early 2020. With all of the hype, drama, bad blood and lines drawn in the sand by the fighters and fans around the world, it’s still very difficult to pick a winner for the third fight. With so much time having passed between the second and third fight, it’s hard to know which version of either fighter is going to show up. Did Wilder make adjustments? Is Fury in the same place, better place or has he become complacent? Will Fury’s career high weight make him a more stationary target? Will Wilder’s career high weight make it harder for Fury to push him backwards? It’s impossible to know and that’s what makes this fight so interesting and exciting if you’re a boxing fan. On the other hand, these aspects combined with line value is what the sharps are looking for when they place bets on this fight. When it comes to betting on boxing, I always emphasize that it’s all about line value and which bets provide the statistical best probability of coming to fruition. In this case, I have four best bets where I feel the oddsmakers have provided value for sports bettors that want to cash in on the heavyweight title fight.

I’m taking a departure here from what I have done in the past and I am providing four best bets with a catch. You’re either pairing picks one and three or two and four in order to really cash in. This fight is the ultimate go big or go home scenario. It comes down to which fighter is going to be able to impose their style and will on their opponent. That’s what makes prognosticating this fight so compelling.

1.) Fury, Tyson by Decision or Technical Decision +250 (wager $100 to win $250). I don’t think anyone will disagree that Fury is the better technical boxer. I also don’t think anyone would disagree that a decision win isn’t in the cards for Fury. What’s interesting is that I feel the oddsmakers have provided such underdog value on this particular bet because the thought process could be the longer the fight goes on, the more opportunity there is for Wilder to score knockdowns and/or a knockout. Hence providing such value. I do feel we’re going to see the best version of Wilder on Saturday night, however, the value on this pick is too good to pass up, even if it looks like a trap bet. If the mindset is the better boxer will prevail, then from a probability standpoint, barring multiple knockdowns, Fury would win a decision.

2.) Wilder, Deontay by KO, TKO or DQ +275 (wager $100 to win $275) Completely counter to the previous pick, it’s hard to argue where Wilder winning by KO isn’t a very plausible scenario. I was present at the second fight in 2020 in Las Vegas and watched Fury dominate Wilder, it seemed from the opening bell like Wilder was in quicksand. He wasn’t the Wilder that we had been accustomed to seeing previously. To be blunt, Wilder has 36 minutes to land one of his signature knockout punches. It doesn’t have to be pretty. It just needs to connect and at +275, it’s great value. It’s worth the $100 to more than double your money.

3.) Fight will go the distance +275 (wager $100 to win $275). Once again, this pick is if you’re of the mindset that Fury can avoid Wilder’s power and take this fight to a decision. The value is there and if paired with my first pick of Fury by decision at +250, if these two picks were to hit, you’re in the black.

4.) Under 7 1/2 Rounds +100 (wager $100 to win $100). In my opinion, this pick lifts the veil on what the oddsmakers truly believe. At even money at +100, I believe the oddsmakers see this fight being decided by knockout, even though the over is a slight favorite at -137. This pick means the fight would have to end prior to the halfway point of round eight. This says a lot and could point to a lean toward Wilder, the natural power puncher, or it can simply mean the oddsmakers see Fury having a repeat performance and taking just a little bit longer to get there this time around since the last time, it was Wilder’s corner that actually stopped the fight.

Whatever you choose to do with this information, please bet responsibly.