The mass shootings at a Buffalo, New York, supermarket and an elementary school in Uvalde, Texas, just 10 days apart, are stirring the now-familiar national debate over guns seen after the tragic 2012 and 2018 school shootings in Newtown, Connecticut, and Parkland, Florida.

Inevitably, if also understandably, many Americans are blaming the National Rifle Association for thwarting stronger gun laws that might have prevented these two recent tragedies and many others. And despite the proximity in time and location to the Texas shooting, the NRA is proceeding with its plans to hold its annual convention in Houston on May 27-29, 2022. The featured speakers include former President Donald Trump and Sen. Ted Cruz, a Texas Republican.

After spending decades researching and writing about how and why the NRA came to hold such sway over national gun policies, I’ve seen this narrative take unexpected turns in the last few years that raise new questions about the organization’s reputation for invincibility.

At first the group was mainly concerned with marksmanship. It later played a relatively constructive role regarding safety-minded gun ownership restrictions before turning into a rigid politicized force.

The NRA was formed in 1871 by two Civil War veterans from Northern states who had witnessed the typical soldier’s inability to handle guns.

The organization initially leaned on government support, which included subsidies for shooting matches and surplus weaponry. These freebies, which lasted until the 1970s, gave gun enthusiasts a powerful incentive to join the NRA.

The NRA played a role in fledgling political efforts to formulate state and national gun policy in the 1920s and 1930s after Prohibition-era liquor trafficking stoked gang warfare. It backed measures like requiring a permit to carry a gun and even a gun purchase waiting period.

And the NRA helped shape the National Firearms Act of 1934, with two of its leaders testifying before Congress at length regarding this landmark legislation. They supported, if grudgingly, its main provisions, such as restricting gangster weapons, which included a national registry for machine guns and sawed-off shotguns and taxing them heavily. But they opposed handgun registration, which was stripped out of the nation’s first significant national gun law.

Decades later, in the legislative battle held in the aftermath of President John F. Kennedy’s assassination and amid rising concerns about crime, the NRA opposed another national registry provision that would have applied to all firearms. Congress ultimately stripped it from the Gun Control Act of 1968.

Throughout this period, however, the NRA remained primarily focused on marksmanship, hunting and other recreational activities, although it did continue to voice opposition to new gun laws, especially to its membership.

By the mid-1970s, a dissident group within the NRA believed that the organization was losing the national debate over guns by being too defensive and not political enough. The dispute erupted at the NRA’s 1977 annual convention, where the dissidents deposed the old guard.

From this point forward, the NRA became ever more political and strident in its defense of so-called “gun rights,” which it increasingly defined as nearly absolute under the Second Amendment.

One sign of how much the NRA had changed: The Second Amendment right to bear arms never came up in the 166 pages of congressional testimony regarding the 1934 gun law. Today, the organization treats those words as its mantra, constantly citing them.

The NRA’s influence hit a zenith during George W. Bush’s gun-friendly presidency, which embraced the group’s positions. Among other things, his administration let the ban on assault weapons expire, and it supported the NRA’s top legislative priority: enactment in 2005 of special liability protections for the gun industry, the Protection of Lawful Commerce in Arms Act.

Having a White House ally isn’t everything

Despite past successes, the NRA has suffered from a series of mostly self-inflicted blows that have precipitated an existential crisis for the organization.

Most significantly, an investigation by the New York Attorney General, filed in 2020, has revealed extensive allegations of rampant cronyism, corruption, sweetheart deals and fraud. Partly as a result of these revelations, NRA membership has apparently declined to roughly 4.5 million, down from a high of about 5 million.

Despite this trend, however, the grassroots gun community is no less committed to its agenda of opposition to new gun laws. Indeed, the Pew Research Center’s findings in 2017 suggested that about 14 million people identify with the group. By any measure, that’s a small minority out of nearly 260 million U.S. voters.

But support for gun rights has become a litmus test for Republican conservativism and is baked into a major political party’s agenda. This laserlike focus on gun issues continues to enhance the NRA’s influence even when the organization faces turmoil. This means that the protection and advancement of gun rights are propelled by the broader conservative movement, so that the NRA no longer needs to carry the ball by itself.

Like Bush, Trump maintained a cozy relationship with the NRA. It was among his 2016 presidential bid’s most enthusiastic backers, contributing US$31 million to his presidential campaign.

When Trump directed the Justice Department to draft a rule banning bump stocks, and indicated his belated support for improving background checks for gun purchases after the Parkland shooting, he was sticking with NRA-approved positions. He also supported arming teachers, another NRA proposal.

Only one sliver of light emerged between the Trump administration and the NRA: his apparent willingness to consider raising the minimum age to buy assault weapons from 18 to 21 – which has not happened. In 2022, a year after Trump left office, 18-year-olds, including the gunmen allegedly responsible for the mass shootings in Uvalde and Buffalo, were able to legally purchase firearms.

In politics, victory usually belongs to whoever shows up. And by showing up, the NRA has managed to strangle every federal effort to restrict guns since the Newtown shooting.

Nevertheless, the NRA does not always win. At least 25 states had enacted their own new gun regulations within five years of that tragedy.

But there is a wild card: The Supreme Court will soon rule on New York State Rifle & Pistol Club v. Bruen, the most significant case regarding gun rights it has considered in years. It’s likely that the court will strike down a long-standing New York pistol permit law, broadening the right to carry guns in public across the United States.

Such a decision could galvanize gun safety supporters while also emboldening gun rights activists – making the debate about guns in America even more tumultuous.

This is an updated version of an article originally published on February 23, 2018.

Robert Spitzer is a member of the National Rifle Association and the Giffords organization. 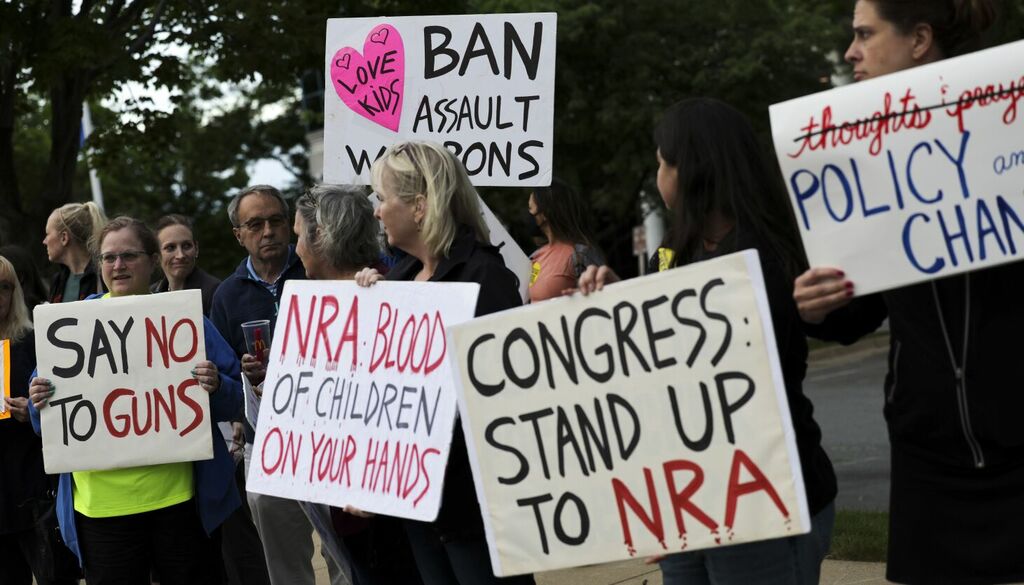 The NRA wasn’t always opposed to gun restrictions
At first, the group was mainly concerned with marksmanship. It later played a relatively constructive role regarding safety-minded gun ownership…

Permissive regulations have been in place for nearly 200 years. This week’s school shooting has prompted lawmakers to challenge them.

Calls for new gun legislation that previously failed to pass Congress are being raised again after the May 24, 2022,…