How the NBA Plans to Expand in Latin America 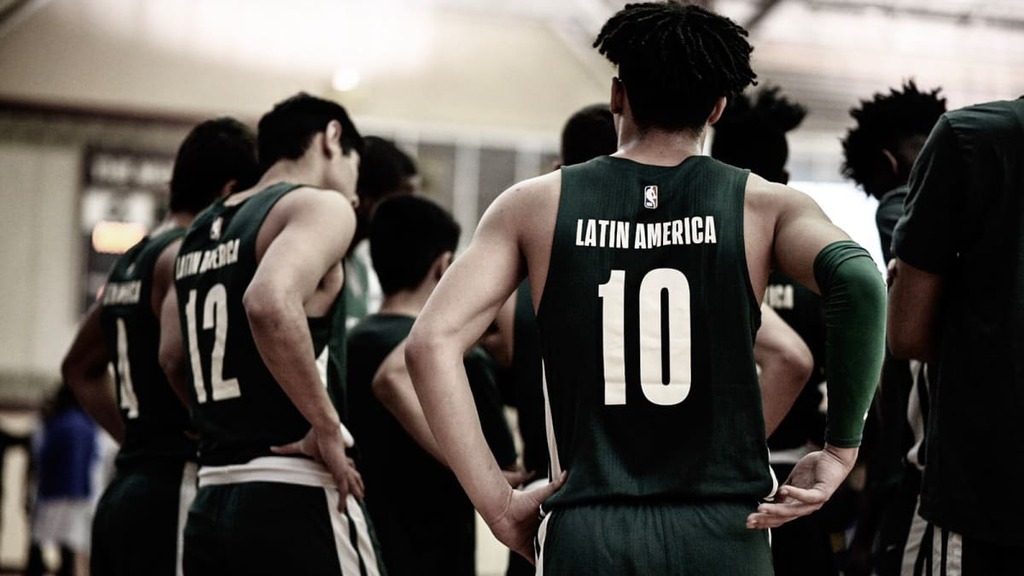 The NBA has announced NBA Week Mexico City 2021, an 11-day program that will take place from Sept. 23 to Oct. 3 in Mexico featuring additional online programming.

The events were created to celebrate the upcoming 75th season of the NBA and to reach fans not only in Mexico, but also all across Latin America. Raul Zarraga, NBA Mexico vice president and managing director, said fans can register for these events for free. He also touched on the difficulties of trying to spread the game of basketball to Latin America while adjusting to the COVID-19 pandemic.

“We didn’t want to let things go without the opportunity to celebrate this important moment with all the fans,” Zarraga says. “In the end, we’re doing this internationally and Mexico couldn’t be left out of this.”

The events will include NBA Academy Latin America exhibition games in La Loma, an online virtual basketball and leadership development clinic for girls ages 13–16 led by former WNBA player Allison Feaster, an appearance from an unnamed NBA legend and more.

NBA Academy Latin America, a year-round training program for high-school basketball prospects that’s based in Mexico was founded in 2017 and is one of six academies across Australia, India, Mexico, Senegal and China which has two. Prospects from across the world, not just Latin America, are recruited for this program with a handful of them playing at the Division I level after turning enough heads in Mexico.

As it stands, seven NBA Academy Latin America alums and six players who participated in the NBA Academy Women’s program are now playing at the Division I level. Although it’s not year-round, the women’s program consists of several camps geared toward basketball development.

Esmery Martinez attended a women's camp in Mexico and is now a standout forward at West Virginia, where she averaged a double double with 13.6 points and 11.6 rebounds in her sophomore campaign. She was named All–Big 12 first team last year and is originally from the Dominican Republic.

“As Latin players, it’s important for us to know that there are opportunities to improve, and the camp shows we can also do it, we can also make it in the sport,” Martinez says. “We don’t receive as many opportunities, and on top of that, it’s a challenge for Latin players to get to the U.S. But I think the NBA just has to continue opening doors and finding those ways to create camps to showcase the talent and putting international players on the map.”

Maybe the most well-known international player to go through the program is Arizona star wing Bennedict Mathurin. Mathurin, who is originally from Canada, was playing in a tournament in British Columbia while in high school when a coach approached him on his way back to Montreal with a profound piece of advice.

“If a train comes, just take it,” Mathurin recalls.

The coach preached to the budding star to take any opportunity that came his way, and sure enough, the NBA Academy gave him a call two weeks later. He was hesitant at first with aspirations to play high school basketball in the U.S. and eventually go D-I, but came around to the idea given its connection to the NBA. Mathurin admitted that his Spanish has taken a hit since his departure for Arizona, but he got to brush up on it when he returned to the academy and spoke to players over the summer.

After a freshman season when he averaged 10.8 points per game and was named to the Pac-12 All-Freshman team, the 6' 7" sophomore is poised for a breakout year and is No. 12 on Jeremy Woo’s 2022 Draft Big Board.

At one point Mathurin was teammates with Tennessee guard Santiago Vescovi in Mexico. Vescovi is originally from Uruguay and left everything he knew when he joined NBA Academy Latin America at just 16 years old. Vescovi fondly remembers telling his parents he was invited to the new program and didn’t have any hesitation despite its lack of reputation.

“I was like, ‘Hey, I just got invited to the NBA Academy Latin America,’ and my parents were like ‘O.K., but what is it?’” Vescovi recalls. “‘I really don’t know, but it sounds pretty cool.’”

Three years later, he’s a starting guard for the Volunteers coming off a season when he led them in assists (3.1 apg) and three-pointers made (2.0) per game. The NBA Academy helped him not only continue to pursue a career in basketball, but also get an education in the United States. When asked where he’d be without the program, he smiles.