How the major parties’ election tech promises stack up

Australians will head to the polls on Saturday following a long election campaign which was largely devoid of tech-focused policy and promises until the final week.

While there were manufacturing grant announcements nearly every day and a grab bag of technology policies unveiled by the Coalition, Labor made the most significant tech announcement of the campaign last week with the $1 billion critical technologies fund.

There are key differences in how the two major party’s industry funds will be structured and disbursed, and a key split has emerged over the Coalition and Labor’s approach to the public service.

Labor’s flagship tech announcement of the election campaign was a $1 billion Critical Technologies Fund, unveiled last week. The fund, part of the wider $15 billion National Reconstruction Fund, will invest through loans, equity and guarantees in companies that expand Australia’s capability in areas such as artificial intelligence, robotics and quantum computing.

This will help Australia to retain its national competitive advantage in many of these key sectors, thanks to the government support, Opposition Leader Anthony Albanese said.

The Coalition announced about $1 billion in grants from its Modern Manufacturing Initiative fund during the election campaign and in the two months prior to it. This fund was first announced back in October 2020, but a series of grants have been unveiled in recent weeks, including to several tech firms.

The manufacturing fund will continue under a re-elected Coalition government, with a $750 million top-up provided in the recent federal budget, including $500 million specifically earmarked for regional businesses.

On the Labor side, the Opposition’s promised $15 billion National Reconstruction Fund will include a $1 billion Advanced Manufacturing Fund, giving local businesses access to capital to diversify operations and industrial processes.

This fund would also encourage investment in research and development to enable companies to climb the technological ladder.

While the government’s manufacturing fund functions as a traditional grants program, with Prime Minister Scott Morrison having final say on all funding allocations, Labor’s fund will operate in line with the Clean Energy Finance Corporation, with an independent board and CEO making the investment decisions.

Labor has pledged to launch a national battery manufacturing strategy, and also promised $100 million for a battery hub in Queensland and a new Industry Growth Centre for the sector.

There were also a slew of Defence innovation funding announcements from the Coalition, including $454 million promise for more ‘Ghost Bat’ defence drones.

The Coalition’s budget this year included $9.9 billion over the next decade for the Australian Signals Directorate’s cybersecurity capabilities, and $1.2 billion for a National Space Mission.

Regulations around Big Tech firms has been surprisingly quiet throughout the election campaign from both parties.

Early in the campaign the Coalition unveiled its online safety policy package, which included $10 million in further funding for the eSafety Commissioner, $23 million for an eSafety Schools package and a pledge to regulate within 12 months that smartphones and tablets must have strong parental controls.

The government also re-committed itself to the controversial “anti-trolling” bill, which focuses on defamation reform.

The Opposition has previously raised concerns with this bill and said it would require extensive redrafting before it is passed.

More recently, the Coalition released its plan to make its smart devices security standards mandatory, and to introduce voluntary security labels for these devices.

Both major parties have acknowledged the tech skills gap during the election campaign and announced policies in an effort to combat this.

The Coalition has announced plans for a $5 million digital skills passport which it said would help match workers with tech jobs.

Labor has backed the Tech Council of Australia’s goal to have 1.3 million tech jobs by 2030, while the Coalition will form a tech workforce roundtable if it wins the election on the weekend.

The government previously announced a $111 million investment in quantum late last year, including $70 million for the Quantum Commercialisation Hub and the development of a National Quantum Strategy.

On the research side of things, the Coalition has announced all six university “Trailblazer” partnerships during the election campaign. The $362 million program facilitates the establishment of public-private collaboration hubs in an effort to focus Australian research in the government’s six priority areas.

The program is part of the Coalition’s $2 billion Research Commercialisation Action Plan, released in February, which includes $150 million for Main Sequence Ventures and $1.6 billion for Australia’s Economic Accelerator.

If Labor forms government, it will stump up a $1.2 billion Australian Strategic Research Agency, modelled on the US Defence Advanced Research Projects Agency.

To pay for its election promises, the Coalition will increase the public service efficiency dividend by 0.5 per cent, equating to about a $3 billion cut over the forward estimates.

This has been rejected by Labor, which instead says it will be able to save $3 billion over the next four years from reducing public service outsourcing and the use of consultants and contracts. It has also promised to scrap the controversial public service staffing cap.

The myGov platform will be audited too as it is “not up to scratch”, under a Labor government. 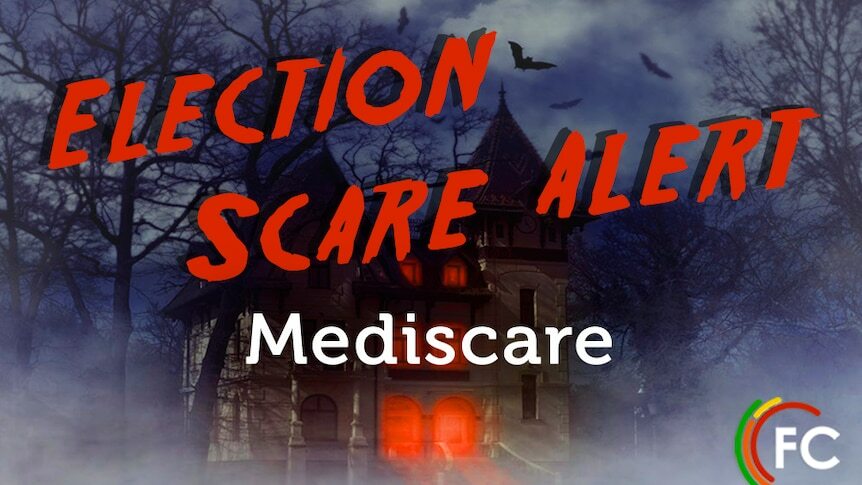 Labor has reheated its 'Mediscare' campaign for the 2022 election. How do its claims stack up?
For the third election in a row, Labor is running a campaign to convince you that the Coalition has a…

ABC News
One subscription that gives you access to news from hundreds of sites
LGBTIQ+ and unsure how to vote? Here are what the major parties are promising on health

About one in three LGBTIQ+ voters are not sure who to vote for, or are considering changing who they vote…

The Conversation
Labor plans to cut $200m from Entrepreneurs’ Programme